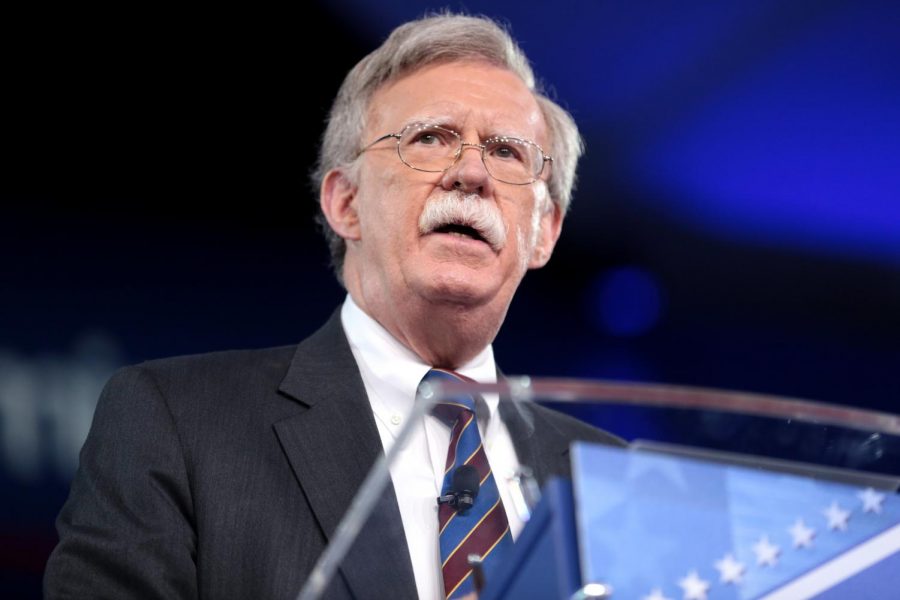 Assuming recent Trump administration hire John Bolton has some kind of exceptional staying power, the United States is sitting on a frightening precipice.

Our involvement in another pointless and destructive war seems all but guaranteed with John Bolton taking on the role of national security adviser. The last thing that Donald Trump, who has established a reputation for egging on unstable foreign agents such as North Korea, needs is a war hawk whispering in his ear about the United States’ role in foreign politics. Any person who opposes the innocent loss of life in needless conflict should be horrified by the prospect of Bolton’s new position.

Bolton’s meddling in the State Department prior to the war in Iraq pushed the United States into a conflict that rapidly accelerated the destabilization of the Middle East and took hundreds of thousands of lives. Bolton’s actions regarding the distribution and cover-up of vital and influential intelligence and his calls for the ousting of certain United Nations officials prohibited deeper investigations of (non-existent) weapons of mass destruction in Iraq. Bolton also routinely has expressed his distaste for the United Nations, an organization that is instrumental in maintaining relative stability around the globe.

The role of national security adviser is incredibly influential, despite the position commanding a less concrete amount of power than both the secretary of state and secretary of defense. The national security adviser has a more influential privilege: proximity to the president. While the Trump administration has a revolving door policy with frequent firings and staff change-ups, it is apparent that Trump’s decision-making is heavily influenced by those he keeps in his inner circle. Given Bolton’s anti-diplomacy stances and Trump’s tendency toward jingoism, the United States involvement in international conflict seems inevitable.

These concerns are intensified by the proposed 18 percent increase in the United States military budget for 2018. This increase places the budget at approximately $700 billion, hardly a reasonable budget for a country with no plans for war on the horizon. This budgetary swell coincides frighteningly well with the deadline of the Iran nuclear deal, an Obama era foreign policy that has been harshly criticized by both Trump and Bolton. If the United States and Iranian governments do not find a resolution to the deal, Iran will likely return to its nuclear program to its full capabilities. This would not sit well with an “uber-hawk” such as Bolton, who has been advocating for military strikes on Iran since 2015.

Iran is not the only international target Bolton has expressed his interest in striking. Bolton published an OpEd in February stating what he believed to be a “Legal Case for Striking North Korea First.” The relationship between the United States and North Korea recently had an unprecedented breakthrough in the form of proposed summit meetings between President Trump and Kim Jong-Un. These potential meetings have been disregarded by Bolton, who insists the North Korean government is simply buying time to finish their intercontinental nuclear weapons program. Bolton has routinely backed his cases for first strikes by bending facts and credible intelligence to fit his agenda, a behavior familiar to many in the Trump White House.

The United States’ involvement in yet another pointless conflict offers nothing but downsides. Conflict overseas will do nothing but drive a greater wedge between the domestic United States population. A potential war with Iran or the North Korean government will also isolate us even more from the rest of the world. These conflicts will not be entirely concentrated in these nations, as the shifting geopolitical instabilities associated with war will bleed into neighboring countries through refugee crises and collateral damages.

Now that Bolton has been hired as Trump’s national security adviser, a process which foregoes the need for approval from Congress, it seems that continued war in the Middle East is a looming inevitability. Bolton also seems poised to dismantle any potential democratic strategies to the North Korean situation before these talks can even occur. A war hawk in the White House is the last thing this nation needs in its efforts to repair its strained relations with Northeast Asian nations such as Russia and China. While Trump’s foreign policy strategy has been inching us closer and closer to conflict, the added internal pressure from Bolton will make Trump’s “Rocket Man” tweets seem like playful banter.