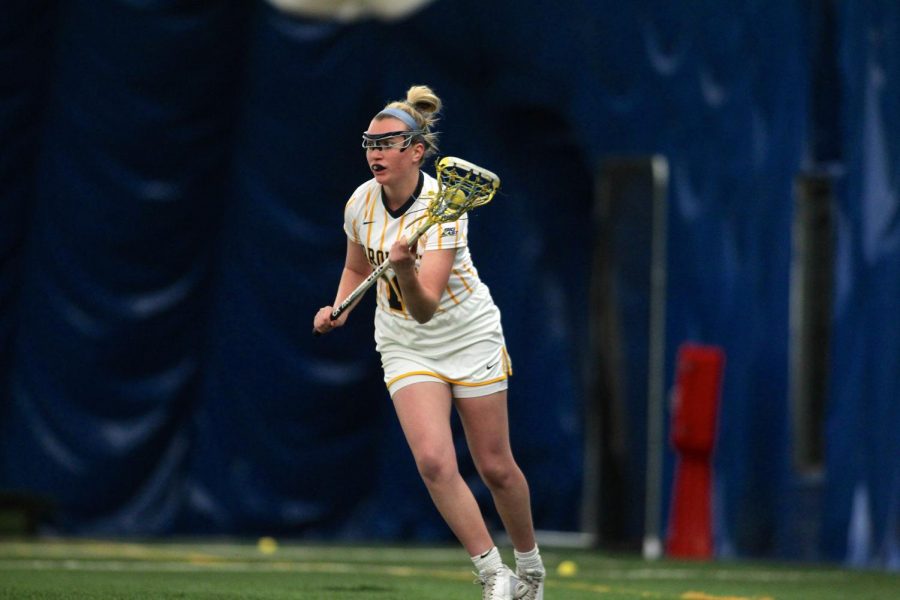 The Golden Eagles scored seven straight in the second half to secure the victory. Junior Cate Soccodato scored three of her five goals during that spree to take Marquette from a 9-7 deficit to a 14-9 lead.

Villanova got on the board first with goals from sophomores Liz Trojan and Ashley Lynch, but the Golden Eagles quickly answered with goals from senior Allison Lane and junior Grace Gabriel to tie the game at two. The Wildcats were able to take the initiative back, though, stretching the lead to 6-4, mostly thinks to Marquette’s inability to clear the ball. Marquette was only 5-of-9 on clears, which largely contributed to their 8-7 halftime deficit.

Lynch scored a quick goal for the Wildcats out of halftime, but Marquette dominated possession after that. Riley Hill scored the first goal of the 7-0 run, then Soccodato scored the next two to bring the game back to level. Charlotte McGuire, Grace Gabriel and Allison Lane each scored as part of the ensuing streak.

The Wildcats ended the impressive 7-0 run with a 2-0 run of their own to make the score 14-11. Senior attack Riley Hill answered back for the Golden Eagles off a fast break from Lane, then Soccodato secured the win with her fifth goal of the game. Lane and junior Grace Gabriel each earned hat tricks, with Gabriel now up to a team-high 39 goals.

Marquette goalkeeper Julianna Horning had 10 saves in her return home to Pennsylvania. She played the full 60 minutes. Villanova switched out sophomore goalkeeper Khaia Baranowski with senior Julia Michaels in the second half.

The Golden Eagles will return to Valley Fields Saturday to take on the Temple Owls at 2 p.m.