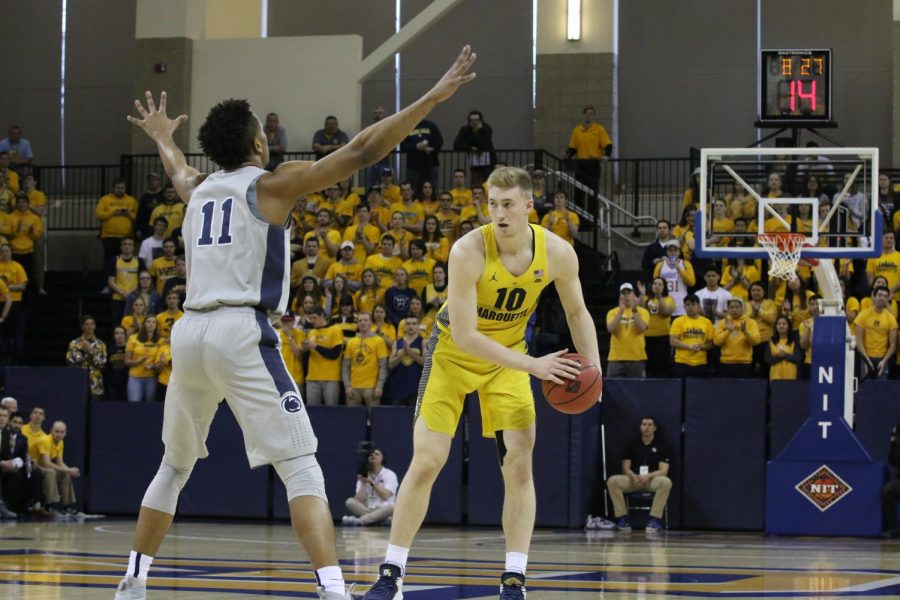 Marquette sophomore forward Sam Hauser said he will undergo surgery on his left hip and is expected to miss 5-6 months.

“It’s been an issue all year,” Hauser said. “I’m just going to get it fixed in a week or two here and then start the rehab process.”

The injury has bothered him since August. Despite the hip issues, Hauser was third on the team in scoring with 14.1 points per game and led the team in 3-point shooting and rebounding.

Hauser is not the only significant player to have ongoing health issues. Freshman guard Greg Elliott has dealt with a hand injury since the Lindenwood exhibition Nov. 4. He said the doctors will examine his hand to see if he needs surgery. The guard from Pontiac, Michigan averaged 18.3 minutes per game this year.

“I hurt it in the Lindenwood exhibition and it’s been messed up every since,” Elliott said. “We’re going to see if we need surgery or not after a couple of weeks.”

Neither player missed any game action as a result of the injuries.

“Our guys are fried,” Marquette head coach Steve Wojciechowski said. “I would not advise guys to be in the gym tomorrow, and I think they would heed that advice.”