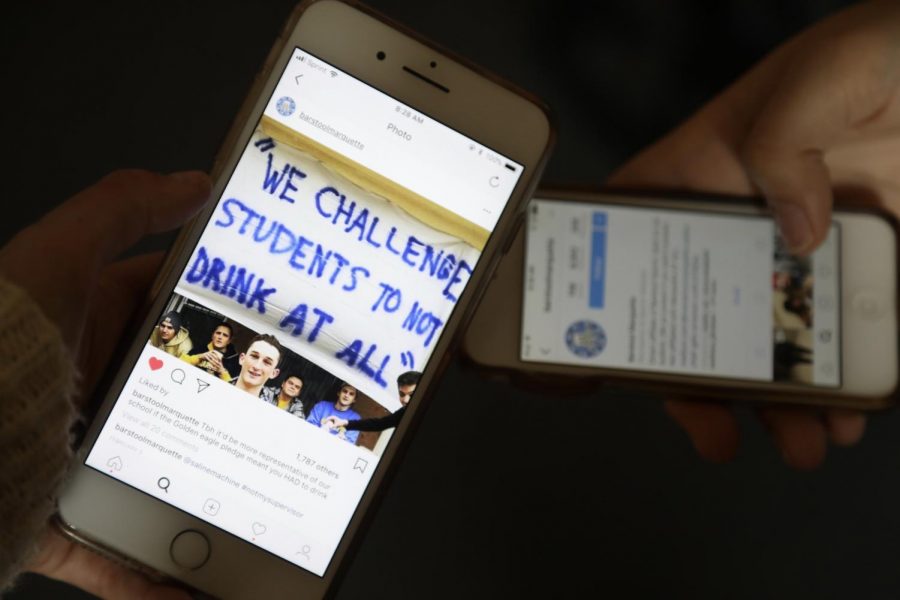 Media law professor Erik Ugland said the Barstool Marquette instagram account raises ethical questions, but it is difficult to say whether the account is in violation of the law.

Barstool Marquette, the local affiliate of the larger Barstool Sports franchise, is known for posting controversial content on their blog and Instagram page. However, some students are upset after being featured without their consent.

Ryan Congel, a junior in the College of Communication, said a video of her was recently posted to the Barstool Marquette Instagram page that she did not feel comfortable with.

“I direct messaged them saying, ‘I didn’t give you guys permission to use this and I really want you to take it down,’ and they were pretty rude in their responses,” Congel said. “I reported it and had my friends report it, but it never got taken down, and I’m still upset about it.”

The Barstool Marquette account was officially launched in 2016, but a new campus brand ambassador revived it in fall 2017. The brand ambassador, called a “viceroy,” is the person with authority over the account. The organization has three people on its team, and mainly use Twitter and Instagram to post content, the current viceroy said.

The viceroy said they wished to remain anonymous in an Instagram message. They said they have “seen first hand that Marquette can do whatever they want to students with impunity and (they don’t) want to risk it.”

The account has picked up quite a following in the last year, with its Instagram page having about seven thousand followers at the time of print. When unhappy students like Congel ask the viceroy to take content down, Barstool Marquette declines to do so.

“If someone and their friends are doing stupid things in a place with no expectation of privacy, and it gets recorded then sent into me, I’m going to post it and leave it up until Instagram takes it down,” the viceroy of the account said in an email.

The content they post to social media accounts is either sent to them or taken from Marquette basketball games, and brings up questions of media law and ethics.

Erik Ugland, associate professor of digital media and performing arts with a strong background in media law, said he thinks the Barstool franchise raises some concerns.

“An organization that traffics in this content and disseminates it without examination of context or regard to privacy is questionable ethically,” Ugland said.

As far as the law is concerned, it’s hard to say that Barstool Marquette and accounts like it are in violation. Since most of these pictures and videos are taken in very conspicuous public spaces, one could argue that “implicit consent” is there.

Although the viceroy said there is no malicious intent on behalf of Barstool Marquette, students said they still feel upset with them for not taking down posts when they ask.

“They’re just disrespectful. Even if the person that does send a picture or video asks them to take it down, they say that ‘they can’t,’ and really just have no remorse,” Elyse Monaghan, a junior in the College of Business Administration, said.

Monaghan said she has had friends experience these issues.

“The purpose of this account is not to ‘expose’ people or otherwise shame them, but for a faction of the Marquette community to congregate and see the happenings of campus,” the viceroy said.