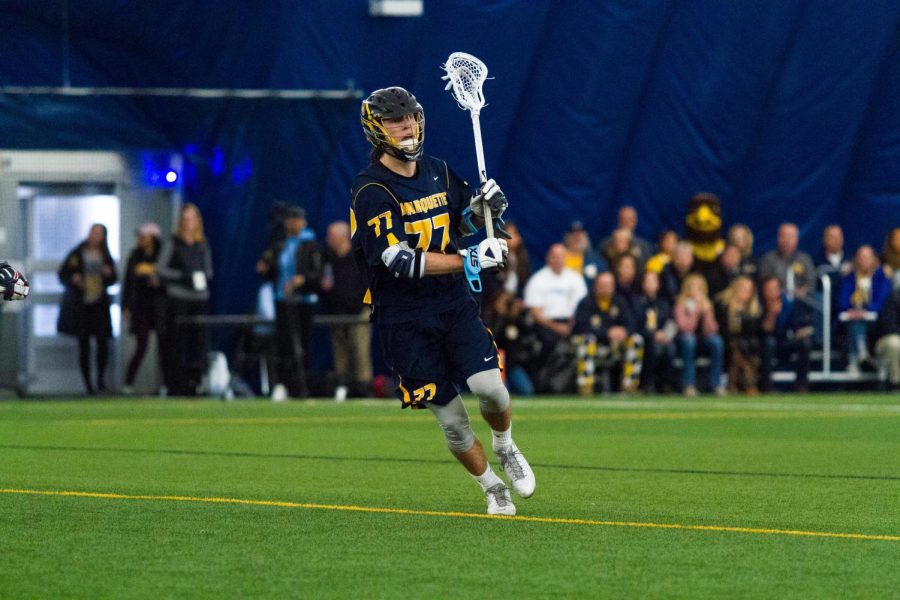 Marquette lacrosse has lost its last three games after winning its first three.

Marquette men’s lacrosse (3-3) suffered a major setback Saturday afternoon after falling to Michigan (5-2), 12-7, on the road.

After being tied at 1-1 midway through the first quarter, the Wolverines ended the period on a 5-0 run, including two goals apiece from freshman attackman Kevin Mack and leading scorer Brent Noseworthy.

The 6-1 Michigan margin was enough for the Wolverines to maintain at least a four-goal lead the rest of the way. Marquette had a chance to bring it within three late in the game, but a turnover from redshirt freshman Griffin Fleming led to a Noseworthy goal, clinching a victory for the Wolverines.

“Credit to Michigan,” Marquette head coach Joe Amplo said. “They came out with some urgency and we didn’t have the urgency to match it on the defensive end. I think once the game settled in, we started to get some stops and string stuff together, but it was too much to overcome.”

Marquette had numerous opportunities to keep within striking distance, piling up 41 shots compared to Michigan’s 26.

The Golden Eagles struggled to defend Mack and Noseworthy all game. The duo combined for nine of the Wolverines’ 12 goals.

The Golden Eagles will begin BIG EAST play next weekend against Georgetown at Valley Fields at 12 p.m. Marquette hopes to use that opportunity to break a three-game losing streak.

“There is more urgency, but there should be more urgency for our guys as well because it is the BIG EAST,” Amplo said. “Everybody is shooting for us because we’re the defending champs, and our guys have to play like that — like they are defending something that is important to them.”