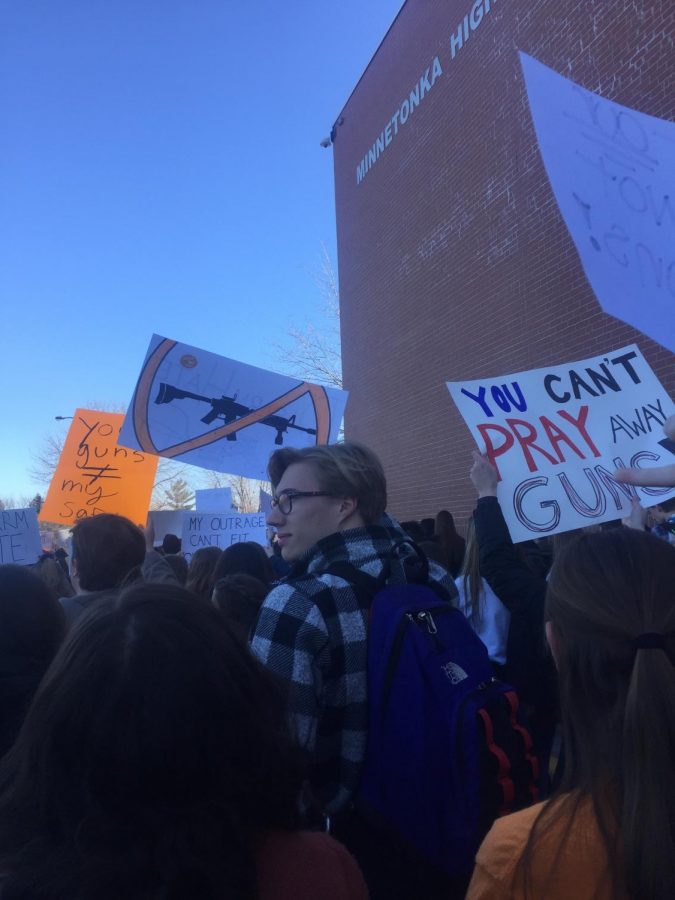 High school students participate in a walkout that was called for by Women’s March Youth EMPOWER. Photo courtesy of Molly Smerillo.

The Office of Undergraduate Admissions posted a tweet on their Twitter page Feb. 27. According to the tweet, the university will not take disciplinary action against prospective students during the application and decision process into account, as long as it is due to peaceful protest. This means that if a student got in trouble from their high school for participating in a walk out, Marquette will not revoke their acceptance letter.

“A message to students currently going through the admissions process: @MarquetteU supports peaceful free expression of beliefs. If a student receives disciplinary actions for peaceful protests, it will not affect your admission to Marquette,” the tweet reads.

Marquette is one of over 300 colleges to release such a statement, according to #NeverAgain Colleges, a website that tracks university statements protecting gun control protestors.

Marquette released the statement about the same time other colleges did. Other schools tweeted before and after Marquette’s Office of Undergraduate Admissions.

The website was created by Alex Garcia, a computer engineering student at the University of California, San Diego.

Garcia works as a tour guide at UC San Diego and is involved with a Reddit page called r/ApplyingToCollege. He said creating neveragaincolleges.com was a way for him to combine his interest in college admissions and his background in computer engineering and to give back to the #NeverAgain movement.

#NeverAgain Colleges puts university statements into one of two categories: confirmed and insufficient. In order to be a confirmed statement, a statement must acknowledge the rights of peaceful demonstrators, and state that the university will not penalize students who were disciplined for protesting, Garcia said. Marquette’s statement matched these criteria and is considered confirmed.

“For Marquette, they specifically said that for students who demonstrate at their high school and are disciplined for it, they won’t have any repercussions and their admissions won’t be altered,” he said. “So that was a fully confirmed statement.”

This policy is nothing new to Marquette, said Andy Schneider, director of marketing and communications for the Office of Undergraduate Admissions.

“In light of recent events, we felt it important to make this clarifying statement. If a student chooses to engage in what is determined by the Admissions Committee to be a peaceful protest, it will not have a negative impact on admission status,” Schneider said in an email.

“This is a general statement and is not specific to any particular protest or subject matter. While the statement was made to specifically address the upcoming planned protests, it neither reflects a change in our process, nor is it only valid for specific students or causes,” he said.

Molly Smerillo is a junior at Minnetonka High School in Minnetonka, Minnesota, and is considering applying to Marquette. She participated in her high school’s walkout March 14.

“(The tweet) shows me that Marquette cares about the wellbeing of their students, and it approves of the students following what they believe in,” Smerillo said.

“The Stoneman Douglas shooting was in a high school, and the survivors who have come out and have been very active in these demonstrations are also high school students,” Garcia said. “This is definitely a high school movement.”