First round of headliners announced for Summerfest 2018 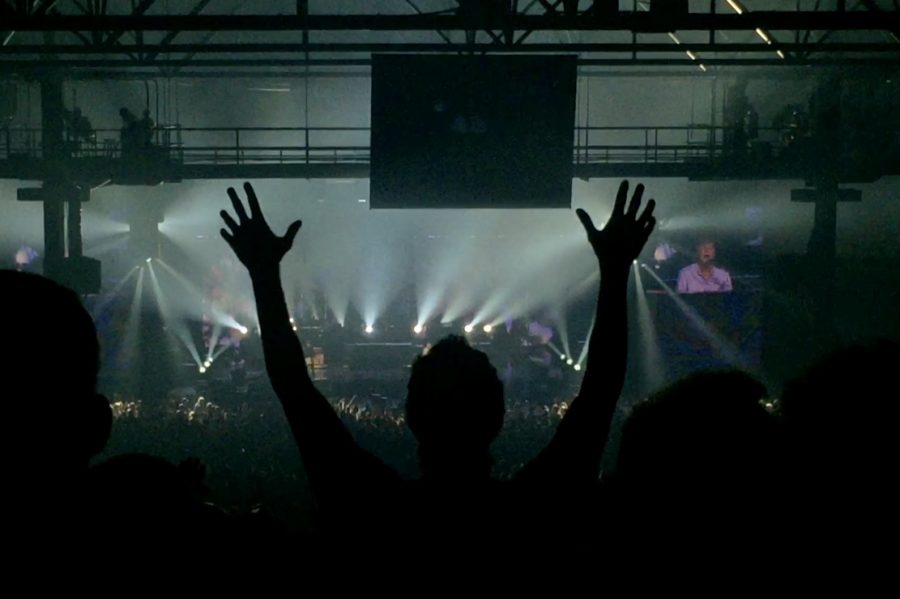 With the announcements of nine headliners and launching of ticket sales, Milwaukee’s renowned music festival Summerfest has provided a burst of summer sunshine into the dreary winter lives of students around campus.

Upon hearing that one of her favorite bands would be making their way to the Henry Maier Festival Park, Jayne DePaolis, a sophomore in the College of Arts & Sciences, had a specific image of summer cruising come to mind.

“I really like Dave Matthews Band, in the summer especially,” DePaolis said. “I listen to it in my Jeep.”

Summerfest, which celebrated its 50th anniversary last year, promotes itself as “The World’s Largest Music Festival,” drawing hundreds of thousands of people to see more than 800 different artists over a span of 12 days during the summer.

With Monday’s announcement that J. Cole will headline the American Family Insurance Amphitheater on July 3, the hip-hop artist joins the eight other bands slated to feature at the festival. Along with DePaolis’ beloved Dave Matthews Band, the 11 headliners will include Imagine Dragons with special guest Grace VanderWaal, James Taylor and Bonnie Raitt, Halsey and Logic, Florida Georgia Line with special guest Bebe Rexha, Journey and Def Leppard, Shawn Mendes, Blake Shelton and two other artists yet to be named.

Barbara Sammut, a freshman in the College of Engineering, reacted excitedly upon hearing the lineup thus far.

“First of all, Imagine Dragons is awesome, and Grace Vanderwaal, I watched her on ‘America’s Got Talent’ and she was amazing, and I like, voted for her the whole time,” Sammut said.

Sammut has attended Summerfest once before during the summer before her senior year of high school. She had never been to Wisconsin, and after touring Marquette for the first time, she took the opportunity to check out the nearby festival.

“It was a lot bigger than I expected when I went there … like, artists everywhere,” Sammut said.

Michael Druck, a sophomore in the College of Health Sciences, has never been to Summerfest but intends to go this summer. While not disappointed, Druck showed considerably less excitement regarding the artists.

“Some of them I haven’t heard of,” Druck said. “I would not attend Florida Georgia Line or Blake Shelton. I’m not a country fan at all. But the others I would definitely consider.”

After going to Summerfest for the first time last year, Sarah Finn, a junior in the College of Education, said that just being at the festival is enough to have a great time. She said that while she loved seeing Ben Rector and Walk the Moon perform, the festival is ultimately more about the experience than the presence of individual artists.

“There’s no artist that I’m really hoping that will come,” Finn said. “I just like to go because it’s really fun to go. “There’s so much hype around Summerfest, and just being there — I thought was really cool.”

Whether seeking a specific artist or the excited, musical aura former festival-goers speak of, Summerfest has much to offer. Taking place from Wednesday, June 27 to Sunday, July 8 at Henry Maier Festival Park, tickets are now on sale for headliners as well as general admission tickets that gets one into ground stage shows. For more updates on Summerfest and the festival’s 2018 lineup, visit https://summerfest.com