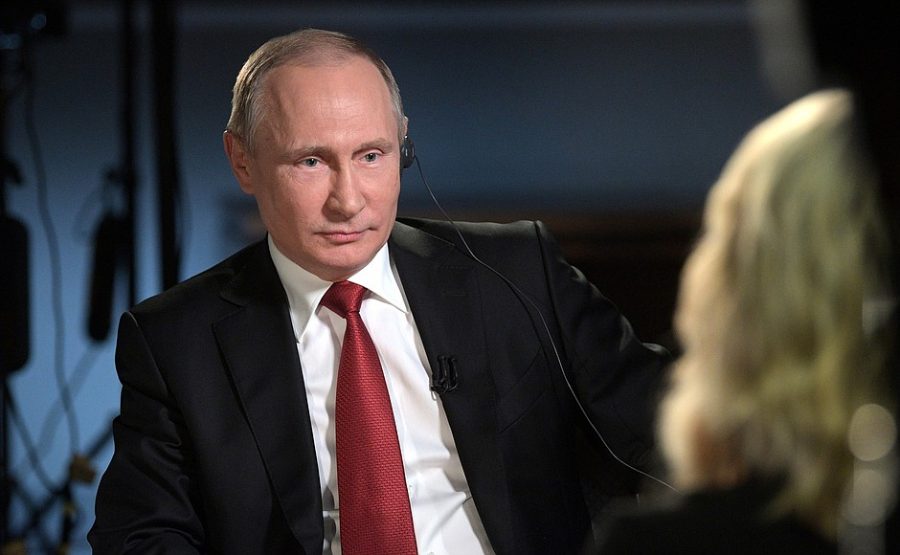 Russian interference in the 2016 election has become a metaphorical “white whale” for some liberals in this country. While staggering – and increasing – evidence indicates there was some meddling by the Russian government, the coverage this story is receiving is reaching almost comical levels.

Every scandal, every national event and every presidential tweet seems to ignite a firestorm of stories about potential Russian collusion. While major news outlets cover these stories, no channel is more responsible for whipping up fear of Russian interference than MSNBC.

MSNBC, more than anything else, is a business. Advertisers have to reach audiences and investors must be kept happy. In order to sustain its audience, programming must appeal to what the viewers want to see.

In MSNBC’s case, a large portion of their viewers have become invested in the Russian meddling narrative that has emerged over the past two years. More stories are being tangentially connected to the larger story of Russian hacking, with varying degrees of legitimacy. There is clearly a story about the interference in our 2016 election, but the amount of coverage it is receiving is holding some Democrats back.

MSNBC is at fault for valuing the desires of a niche group of viewers over the interests of the general public. Despite the channel’s liberal leanings in its coverage of news stories, the purpose and burden of news sources are to inform the masses about the state of the world. The news media landscape of 2018 seems more concerned with either terrifying or entertaining its viewership in order to sustain ratings.

This strategy has become increasingly common with the repeal of the Fairness Doctrine and the rise of cable news in the 1990s. MSNBC’s conservative counterpart and business rival FOX News has been finding success in directly targeting and creating programming for more specific political attitudes since the mid-’90s.

This corporate influence on television journalism has drawn criticism of the integrity of these stations’ messages. Since the inception of FOX News and MSNBC, both stations have strayed further and further from an unbiased center to appeal to their respective niche audiences. This diet of entertainment news broadcasting has further polarized politics, dragging fringe perspectives into a more prominent position in the media.

MSNBC’s constant coverage and focus on stories with potential political heft, like Russian interference, distracts from concrete, pressing stories more deserving of coverage. The in-depth analysis of the Russian probe also allows Democrats to create a scapegoat in the boogeyman that is Vladimir Putin instead of facing their own flaws and shortcomings in the 2016 election. The Russian investigation has become something of an endgame for some Democrats, despite the likely possibility that the investigation will not be President Donald Trump’s undoing.

There is an eerie sense of familiarity in MSNBC’s coverage of the Russia investigation. The questioning of a president’s legitimacy by a very targeted news source evokes the FOX News coverage of Barack Obama’s birth certificate “controversy” during his time in office. While the circumstances are not identical, the repercussions of the extensive coverage are the same. The already politically polarized audiences being targeted are only going to reaffirm this narrative. The ardent followers of this story will discuss it with one another, certain that their view of reality is correct because they saw it on a news source they trust.

The discussion regarding Russian influence on the 2016 election has been going on for nearly two years and no productive developments have materialized. Despite this lack of progress, every minor update receives emotional and pressing coverage from broadcast veterans such as Rachel Maddow and Brian Williams. The delivery of these stories lead the viewer to believe that a Watergate-level story is about to break and that the entire White House is about to be arrested.

However, this never comes to pass. The story is analyzed from every possible angle while hypothetical narratives are pitched, keeping the viewing audience engaged and satisfied.

This kind of exploitative conspiracy construction draws criticism when done by conservative media such as FOX News, yet it appears that liberal media sources are unaware of their own participation in this activity.

Despite their diametrically opposing political perspectives, both FOX News and MSNBC share disturbing similarities in their audience targeting and story selection.