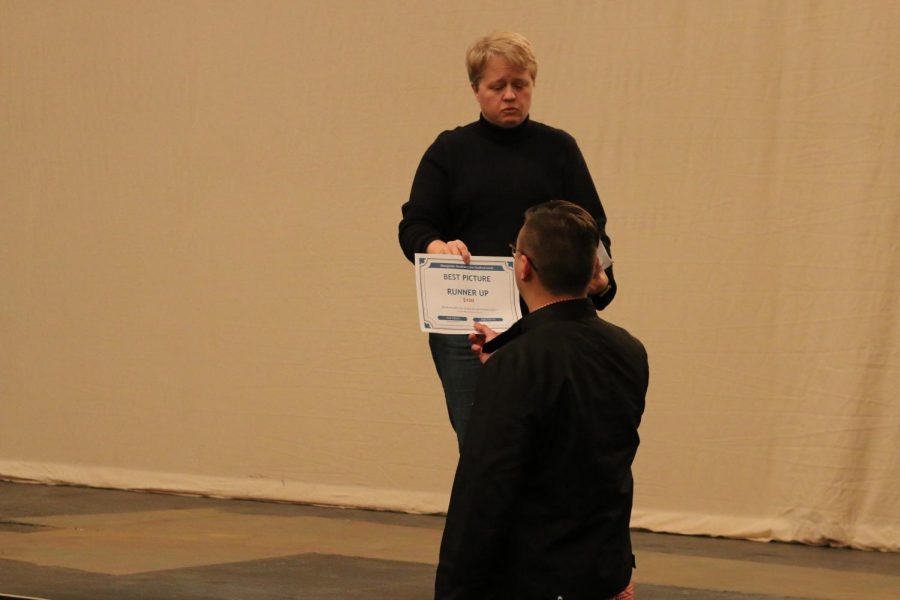 When Kris Holodak, a filmmaker and assistant professor in the College of Communication, realized there wasn’t a club for students to create films rather than analyze them, she was faced with two options. The first: keep the status quo and allow students to find their own outlets for producing films. The second: simply start a club herself.

“I knew that there were folks…who had a desire for creative output that was not necessarily appropriate to the news organization of student media,” Holodak said. “And they didn’t quite feel like they had a place to go.”

Therefore, after noticing the inability of students to produce creative work outside of the classroom throughout her nearly two years at Marquette, Holodak teamed up with fellow professor and filmmaker Joe Brown this past September to create the Marquette Film Club.

“Creativity works better when you’ve got other creative people around you,” Holodak said, and that’s just what she hopes the club will nurture. The Film Club shares room 026 in Johnston Hall with the Advertising Club and Photography Club – two other groups that also thrive on creativity.

Carolyn Lewis, a junior in the College of Communication and member of the Film Club, said the club has been helpful to her.

“Film club has helped me create projects outside of the classroom and not for a grade,” Lewis said. “This allows for more creative freedom and failure, which I think is important for a young filmmaker.”

Holodak echoed that failing without consequence is a pivotal benefit of the club.

“You can just be creative, try stuff and fail,” Holodak said.

Though the Marquette Film Club is still in its beginning stages, club members organized and held a film festival this past Monday, Feb. 26. The Marquette Film Festival featured films and shorts entirely created by Marquette students, demonstrating the work of amateur filmmakers across campus.

Lewis said that the festival was a good start, but the club still needs to grow further.

“We still need to grow the community so it curates a certain vibe, and so we can support our MU filmmakers as they continue to grow,” Lewis said.

Besides serving as a constructive, creative outlet, Holodak added that another reason for the club’s existence is to create connections for students’ future careers. This not only includes networking beyond campus through film production and promotion, but also internally through the bonds formed between club members.

“If you have an interest in any kind of creative work, and you look at the people who are doing the jobs you aspire to … you will find they tend to work with the same people over and over,” Holodak said. “And very often, they are working with people they met in film school.”

Even people outside the club, perhaps with little knowledge of film altogether, can see the organization’s benefits. Bridget Fogarty, a sophomore in the College of Arts & Sciences, said she thought the Film Club was a great idea.

“It seems like a great opportunity for students to gain real-life experience working with professional equipment in the field that they are passionate about,” Fogarty said.

The creation of Film Club is a reflection of Marquette’s student-focused initiative when it comes to club and organization development, Fogarty said.

“Marquette does a great job giving students access to experiences that will benefit their future whether they are going into that career field or are just interested in it,” Fogarty said.