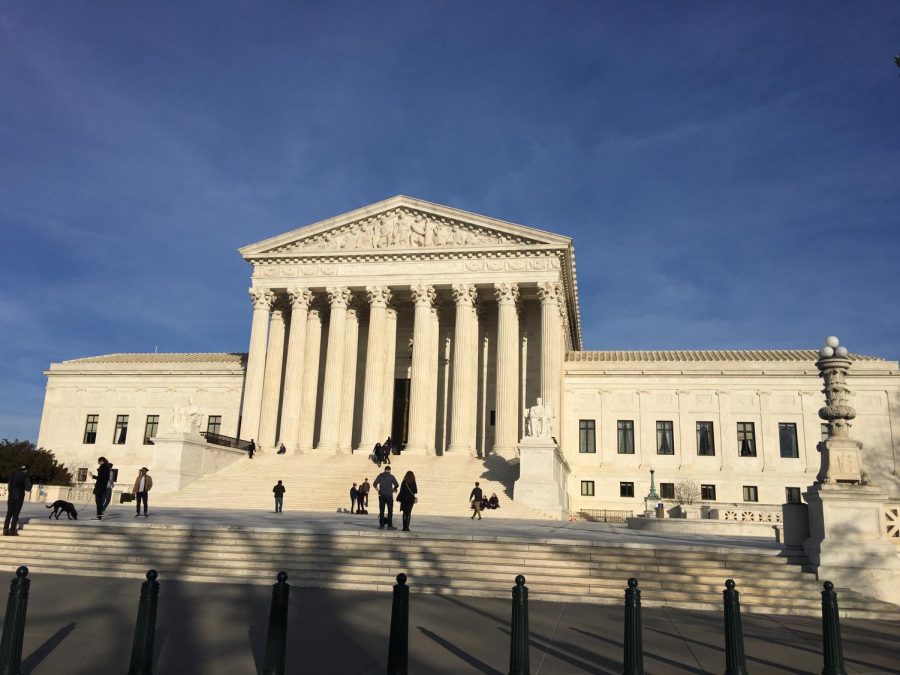 As Republicans and Democrats nationwide get ready to square off this November for the midterm congressional elections, six state-level districting fights forecast large changes in the American political map. Wisconsin is one of six states whose congressional districts will likely have to be redrawn, awaiting the United States Supreme Court decision, which is expected by June.

In an infrequent move, a federal three-judge panel ruled that Wisconsin’s current legislative district map violates the Constitution. A federal court has not done that in more than 30 years.

Wisconsin legislators chose to appeal that decision, which sends it to the United States Supreme Court.

The practice of drawing congressional district lines within a state to disproportionately favor one political party is known as gerrymandering.

Wisconsin is one of six states whose congressional districts will likely have to be redrawn because the lower courts have ruled they are gerrymandered.  The U.S. Supreme Court is expected to decide the case by June.

Some of the six states have cases making their way through state-level courts, while other cases have resulted in court-mandated redrawing of district lines.

These decisions will produce maps not only for this year but lay the groundwork for what they will look like after the 2020 census. This could shape what Congress looks like for the next decade.

Maryland, one of the six states, has oral arguments scheduled for March 28, as proceedings were halted by a federal judge until the outcome of Wisconsin’s case is decided. The court is expected to hear arguments from Texas in April.

The Supreme Court will consider taking up arguments from North Carolina, Pennsylvania and Michigan once the aforementioned states cases are decided. The Supreme Court is hearing these cases because the states decided to appeal lower federal court rulings.

In Pennsylvania, the U.S. Supreme Court denied an emergency appeal to Republicans after the State Supreme Court struck down the GOP-drawn 2011 map. The court ordered the current Republican majority state legislature to redraw the districts by Feb. 9, with Democratic Governor Tom Wolf having until Feb. 15 to sign off on the new map.

Wolf said the map submitted to him was just as gerrymandered as the old one, tossing the decision to the Pennsylvania State Supreme Court to draw the districts. The court is expected to release a map Monday. If the state Republicans appeal, it would result in the case going to the U.S. Supreme Court.

The state argued on the third question, saying that Democrats are concentrated geographically in cities.

The three-judge panel disagreed, and said that “does not explain adequately the sizable disparate effect.” The panel concluded that the state GOP acted with both discriminatory intent and effect.

An interactive district map shows hardly distinguishable lines in Milwaukee and Madison areas. Contrastingly, the Northwestern districts are easy to see. The court held that this was intentional.

The large gap between Democrats’ votes versus their seats in the state legislature is the reason Wisconsin finds itself at the focus of the U.S. Supreme Court, while other states stand by ready to present their arguments.

Supreme Court decisions would only further exacerbate the Republican struggle to hang onto a congressional majority in the 2018 elections.