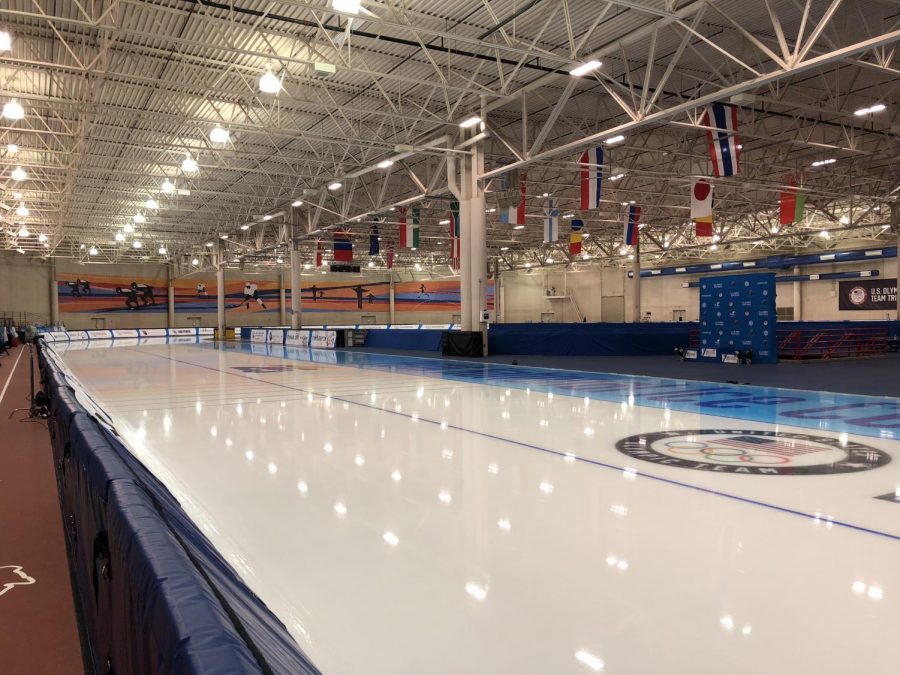 Emery Lehman and the United States men’s team pursuit trio finished in last place out of eight teams Sunday in the quarterfinal round. Team USA was paired with the reigning gold medal winners and speedskating powerhouse Netherlands in the first round.

From the opening lap, the Dutch dominated the skate; they were led by four-time gold medal winner Sven Kramer and two-time Olympic medalist Koen Verweij. The 2017 International Skating Unions World Champions did not skip a beat, defeating the United States by more than three seconds with a time of 3 minutes, 40.03 seconds. The U.S. finished with a time of 3:42.98.

Lehman, a junior in the College of Engineering is on a team with former Marquette student Brian Hansen and Florida native Joey Mantia. From the opening lap, the trio knew they were up against the world’s best.

“It was tough out there,” Lehman told the Milwaukee Journal Sentinel’s Gary D’Amato after the race. “It’s a little bittersweet because on one hand, it’s our fastest sea level time of the year, I think, but on the other hand, we could have executed it better, probably could have gotten a much better time.”

In an event all about rhythm and consistency, Joey Mantia said that they “fumbled it a bit.”

“If you fall off by half a second, it ends up being three seconds by the end of the race,” Mantia said. “We gave it our best, we just didn’t have it today.”

In order to make the semifinals, the Americans would have had to finish in the top four. New Zealand grabbed the last spot with a time of 3.41.18, a sizable difference of 1.8 seconds.

However, Emery Lehman’s Olympics aren’t over just yet. The tournament-style format means that the pursuit team will have one more race as a trio on Wednesday morning, when they will skate against Canada in the D Final. The race that will determine seventh place.