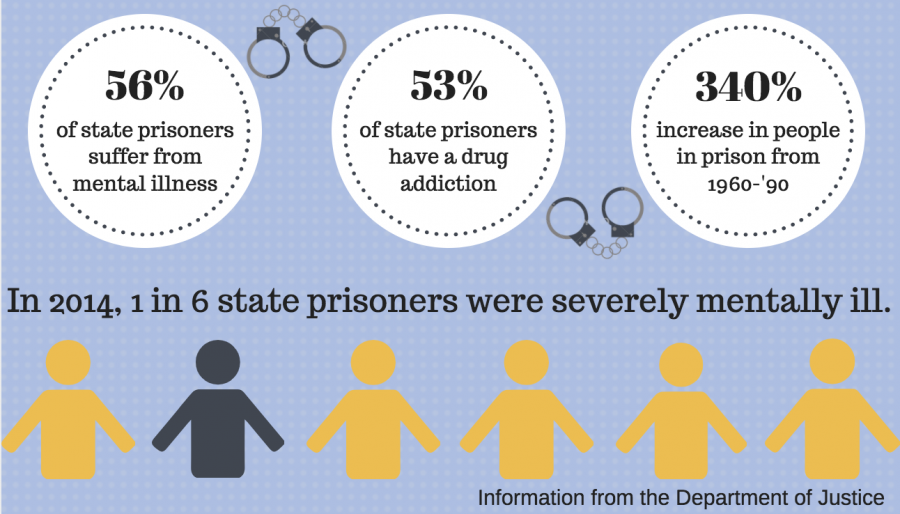 The criminal justice system is often faced with social issues such as mental illness, domestic violence and drug addiction — an idea Milwaukee Police Chief Ed Flynn has stressed in his speeches throughout the past four years.

Flynn’s last speech before his retirement was Feb. 8 in the Law School, where he once again brought up these challenges to law enforcement.

In the chief’s last two out of four visits for “On the Issues with Mike Gousha”, he said America’s solution for many social problems, such as mental illness and substance abuse, is the criminal justice system. Flynn reflected on his career of 47 years and made that argument one last time, last Thursday.

Flynn said over the past 10 years, politicians have engaged with mental health issues — but their solution is to have officers get more training. He made similar remarks during his 2014 and 2015 visits.

He continued on and said that society more often than not, believes the justice system is a solution for those suffering from mental health and committing crimes.

“If you think about the number of intractable social problems that are dumped in the laps of our 25 to 30-year-old first responders, we get it. We’ve always done more social work than crime fighting,” Flynn said last Thursday. “But the rest of society still has a role to play in these problems beyond holding the police accountable for every single one of them.”

“It’s about trying to find the underlying, driving force behind the behavior,” Kranz said. “Not everybody that commits a crime is a criminal, but there are reasons behind those behaviors. We try and dig into that a little bit when we can, but we still have to address that criminal behavior.”

Darren Wheelock, an associate professor of criminology, said in the case of mental illness, there is a large population of people with mental illnesses that have continual contact with the criminal justice system.

Mental healthcare moved away from institutionalization in the ’60s and ’70s and toward outpatient care and medication, but these options are not accessible to many people, Wheelock said.

“They don’t want to be, but no one else is dealing with it,” Wheelock said.

“More than half of people in prison suffer from the types of problems that society generally doesn’t want to deal with,” Wheelock said. “It’s not an insignificant population. There’s a really strong connection between drug and alcohol abuse, mental health and our prisons and jails.”

Paul Nolette, an assistant professor of political science, said the job of a police officer has changed dramatically in the last few decades. They have to deal with everything from domestic violence to mental illness.

“Officers, in addition to the traditional jobs of preventing crime and investigating criminal activity, are also expected to essentially be social workers of a type,” Nolette said.

Nolette said the political solutions for these social issues are driven by public support. He said it is easier for politicians to acquire funding for police training than funding for drug addiction treatment, for instance.

“A lot of the people with mental illness and those with drug addictions are not people who get a lot of sympathy from the public. Emphasizing the public safety element gets a lot more support,” Nolette said. “That’s why more and more gets pushed onto the police.”

Kranz said the role of a police officer has undergone a positive transition from being a law enforcer to being a “community caretaker.”

“You’re out there to protect from criminals, but you’re also there to try and find the root cause of what some of these problems are,” Kranz said. “If you can find a way to assist and address that root cause of the problem, you can eliminate the crime that way without having to throw someone in jail.”

Flynn’s retirement is effective Feb. 16. As he looked back on his 10 years as chief, he said he and his team implemented changes such as the creation of the department’s Office of Management, Analysis and Planning, which analyzes data relating to social issues.