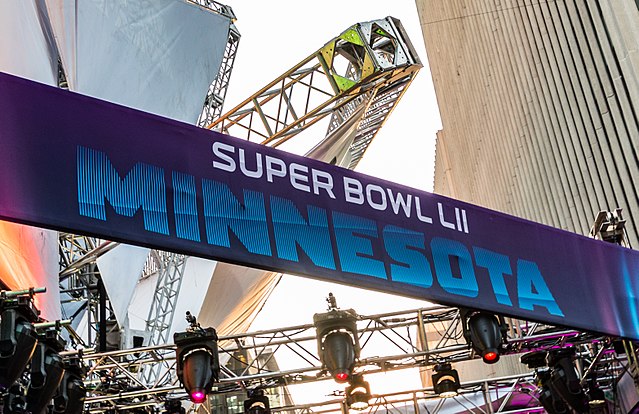 The 2018 Super Bowl proved to have several winners and losers when it came to commercials.

Rome: Let’s first get this out of the way: this is not a Tide ad.

Dan: I wish it was a Tide ad, though … then my shirt would be clean.

R: Obviously, the highlight of this year’s Super Bowl commercial set was David Harbour and Tide somehow managing to fake out viewers time and time again throughout the night.

D: When the Old Spice commercial turned out to be another Tide ad, one of my friends actually stood up and left the room out of anger. If that’s not high praise for a commercial, I don’t know what is.

R: I thought the Budweiser fake out was fantastic. Everyone loves the Budweiser ads, and yet Tide took a steaming dump all over those horses.

D: Speaking of taking a steaming dump, that Diet Coke commercial was so bad. It wasn’t bad in an offensive way, but it was about 15 seconds too long, and I’m pretty sure that it was a 15-second commercial.

R: Fair enough; I don’t think anyone liked that commercial. And yet somehow, it wasn’t even close to being the worst commercial to air Sunday night. I’m still baffled by Hyundai using cancer to sell cars and Ram using Martin Luther King Jr. to sell trucks.

D: What was going through the advertisers’ heads? “Nothing sells our subpar trucks like the voice of the civil rights movement!” And that Hyundai ad both scared and angered me in a way I’d never experienced before.

R: I think the Hyundai ad was the worst of the two. It’s like they saw the Chevy focus group ads and thought they were actually good. It’s honestly baffling that people still try to pull off the “real people, not actors” shtick.

D: I’m currently going through an automated phone system to deal with my debit card number being stolen, and I’m enjoying this more than those commercials.

R: Sad. Hey, but what did you think about the Doritos and Mountain Dew ad that pitted Peter Dinklage and Morgan Freeman against each other in a lip sync battle? At least for me, watching Peter Dinklage rap along to Busta Rhymes verse of “Look At Me Now” while looking directly in the camera was both exhilarating and incredibly unsettling.

D: I loved it. Nothing makes me happier than Morgan Freeman, especially when he obviously has no idea what the actual lyrics are. When he started narrating the end of the commercial, actual tears started welling up in my eyes. Speaking of people that make me cry, what did you think about the Gordon Ramsey Alexa ad?

R: Before this ad, if you had asked me whether Amazon could make Gordon Ramsey yelling actually funny, I would have absolutely said no. It’s so played out at this point … we all get it: he’s an angry dude. But something about seeing him in skin tight workout clothes with a headpiece that looks like it’s straight out from a fast food drive thru while yelling at an adult about not knowing how to make a grilled cheese accomplished exactly that. It was funny.

D: Agreed. You said everything there is to be said about Gordon Ramsey in that commercial. But I think that the funniest part of that commercial was Anthony Hopkins being on the same level of incredibly creepy as Alexa. If Amazon could promise me an Alexa that makes me feel afraid, I would buy it in a heartbeat.

R: I think it’s safe to say that if it weren’t for the constant, impending fear of every commercial being a Tide ad, the Alexa commercial would have been the highlight of the night.

D: Speaking of night, most people watch movies at night … Wow, I am the best at making transitions. But seriously, there were a bunch of trailers during the game. What did you think of them?

R: I loved the Solo trailer, and no matter the Rotten Tomatoes audience score of this movie, I’m sure I’ll love it. I’m a sucker for all things “Star Wars,” and even though it’s not Harrison Ford as Han, I still can’t wait to see it.

D: No trailer could top the Skyscraper trailer for me. Not because it looks good, mind you, but because it looks hilariously bad. There is no physical way that Dwayne “The Rock” — I refuse to let that name die — Johnson could ever make the jump we see in the trailer. Any way you slice it, fake leg and all, Johnson would fall to his death … unless his fake leg gives him superpowers.

R: The whole fake leg thing seemed random and unnecessary. Do you think that offended people with prosthetic legs?

D: Maybe, but I know for sure that the Jurassic World 2 trailer offended me. Since the first Jurassic World gets worse every time I think about it, I was already not excited when the trailer for the sequel started. And yet somehow, watching every second made me even less and less excited.

R: If Jurassic World didn’t have Chris Pratt, no one would watch it. That franchise is running solely off his boyish charm. Overall though, I think this year’s commercials were just a weak group saved by the revolutionary Tide campaign. It’s impressive that Tide managed to get people to talk about them without mention of eating Tide Pods so quickly.

D: I definitely agree with you about the strength (or rather lack of strength) of the commercials. And if we’re being honest, I’ve never been tempted to eat a Tide Pod, but after seeing that Danny Devito M&M commercial, I am tempted to eat him.