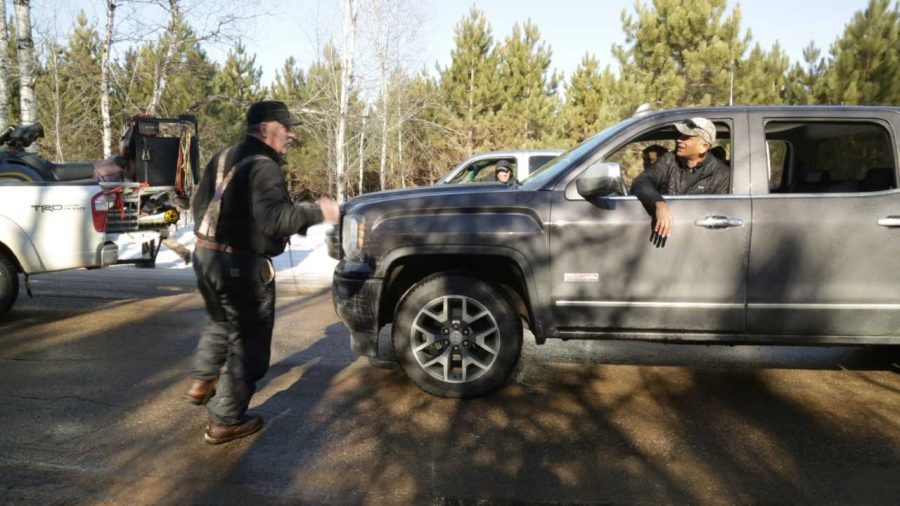 Joe Brown, assistant professor of digital media and performing arts, received his cameras back Feb. 12 after they were confiscated by police in late January.

To retrieve his cameras, Brown drove to Crandon, Wisconsin after receiving a call from police late last week. Although Brown received his cameras back, the SD cards were retained by police.

“I have copies of about 70 percent of what was on the cards, but not all,” Brown said.

As Brown waits to receive his SD cards, there has been no information released about potential charges. “I still have no indication of the charges or if there will be charges at all,” Brown said.

Brown was filming in northern Wisconsin for his documentary when local police confiscated his camera equipment Jan. 27.

The film, “Operation Wolf Patrol,” follows Rod Coronado and his group, which works to end wolf hunting in the United States. Brown was traveling with the “wolf patrollers” when they spotted some hunters near Laona, Wisconsin, on a public road.

The group monitored the situation from a distance, ensuring that none of the hunting practices were illegal.

The hunters surrounded the group with five to 10 trucks, Brown said. Brown and Coronado exited the vehicle to film the blockade. They were verbally assaulted by the hunters, Brown said.

From there, the situation escalated.

“At this point, a truck pulled up to Coronado and drove at him aggressively, though slowly, and almost knocked him over,” Brown said. “Coronado slammed on the truck’s hood and I ran around two vehicles to document this activity and was met with the same truck driving towards me.”

The wolf patrollers then locked themselves in their vehicle, waiting until the police arrived.

“The police then took statements from all involved and confiscated my cameras as evidence despite my assuring them that I would give them copies of all of my footage and not consenting to the seizure of my cameras,” Brown said.

The police also did not explain any processes, Brown said. He was told that a warrant would be drawn up that Monday.

Brown is working with a group of lawyers, some of them affiliated with Animal Legal Defense Fund. Sarah Hanneken, the litigation fellow at ALDF, said she feels that both the hunters and law enforcement tried to obstruct Brown’s work.

“So, to the extent the Wisconsin statute impinges on professor Brown’s documentary work, the Animal Legal Defense Fund intends to vindicate his First Amendment right to engage in his chosen medium of expression,” Hanneken said.

“The ALDF has filed a previous lawsuit to challenge the constitutionality of Wisconsin’s new hunter harassment law based on my work,” Brown said. “These same lawyers are using this recent incident as further argument for their case.”

Erik Ugland, an associate professor of digital media and performing arts, said the First Amendment was violated by the detention and confiscation of his equipment.

“He is there to chronicle these episodes, not to make a political point, and certainly not to harass these hunters,” Ugland said.

Ugland said he believes Brown was acting as a journalist and a documentarian.

“(Brown) did make that clear to the officers in that case … They confiscated his equipment anyway,” Ugland said.

Forest County Sheriff’s Department did not return phone calls to comment on this situation.

Brown has not been charged with any crime. As he awaits word from the county, he said he plans to work with his lawyers and decide what his next steps will be. Until then, Brown said he is starting to release the video footage on his documentary’s Facebook page.

This story is developing and was updated Feb. 12.