DUFAULT: Cryptocurrency to be next big innovation 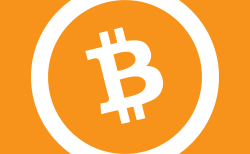 The internet has never played a larger role in our society than it does right now. It’s our main form of communication and information in the modern world.

But it becomes increasingly more relevant when inserted into the global economy. One of the biggest crazes of late 2017 was the jump in value of internet currencies, called cryptocurrency.

To put it simply, cryptocurrencies are assets that are used as a form of monetary exchange, but use crypto technology to make the transactions anonymous. It is also decentralized, meaning it is not run by a bank or any other single institution.

The largest and currently most valuable cryptocurrency, bitcoin, is shrouded in mystery. It came into existence in 2009, but no one knows who created it. The alias used by the creator or creators is Satoshi Nakamoto.  How bitcoin’s value fluctuates is also quite a mystery, since there is no way to track transactions. Despite all that, Bitcoin still has plenty of investors, and a single bitcoin, as of Jan. 29, is valued at $11,146.17.

But bitcoin is not the only cryptocurrency in existence. There are thousands of others to choose from, such as ethereum, ripple and cardano. But there are also some crazier ones. Someone decided to name one after former Texas Rep. Ron Paul, naming the cryptocurrency Ron Paul Coin. In 2013, Billy Markus, a programmer from Portland, decided to name a currency after a now outdated meme. It’s called DogeCoin, and it currently has a capitalization of over $1 billion. Capitalization is the sum of total stock, long-term debt, and retained earnings of an asset.

Yes, a currency named after a silly dog has a total market share of over $1 billion. Despite the name, as shown by these figures, cryptocurrency is really no joke.

Cryptocurrency’s success is surprising. A concept that is brilliant, but nevertheless came from nowhere has made waves in the global market. Cryptocurrency is something decentralized and seemingly unpredictable, and it’s shocking that investors took a chance on the concept.

Even more amazing is the hold it now has on the global market. The total market cap of cryptocurrencies in all is approximately $570 billion, with just under 1,400 currencies in existence.

There have been plenty of success stories in the past year or so, with people lucky enough to invest when currencies, particularly bitcoin, were rather cheap. Those who were smart enough to invest in cryptocurrency early were rewarded handsomely, with some even becoming millionaires.

But there’s also been some unfortunate stories that have come from cryptocurrencies. A poor soul in 2016 owned 1,700 bitcoins, which, at the time, were valued at $.30 each. He ended up selling his share for approximately $510. Nowadays, that amount of bitcoin would be worth about $19.4 million total.

The longevity of cryptocurrency is left to be seen. However, as long as people want to have anonymity in online transactions, there will always be a place for cryptocurrency. But while cryptocurrency is becoming a big success, it hasn’t quite reached the point where it is a market standard.

Take this example from Reddit, where a user wanted to open a business bank account with Wells Fargo, but was denied as soon as he mentioned bitcoin. It appears that banks are not ready to accept bitcoin. Perhaps understandably so, as if people are putting their money into bitcoin, fewer people will be using banks for investments.

But despite that, cryptocurrency has the potential to become one of the largest innovations of this generation.