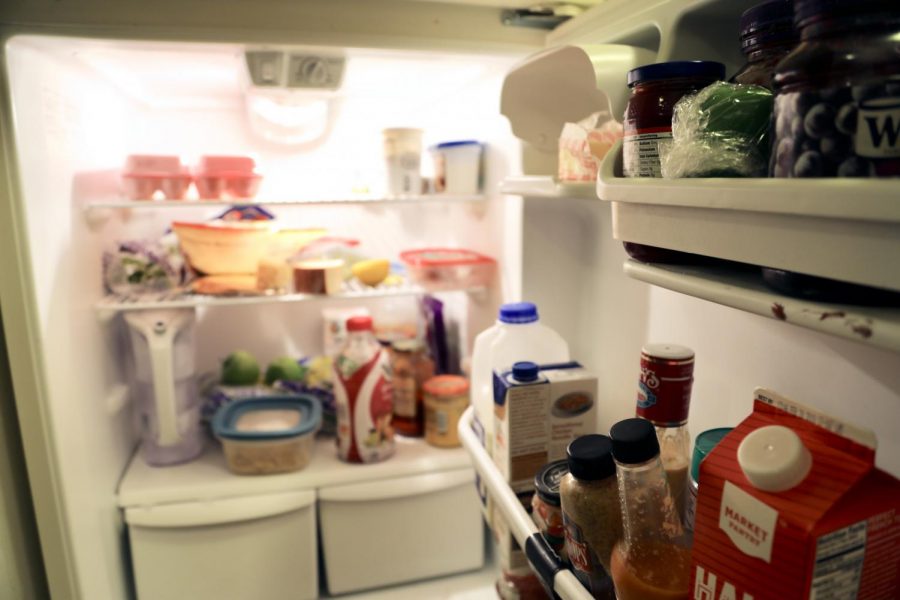 “New semester, same old fridge.” It’s the motto of many Marquette upperclassmen upon returning home after a winter break and deciding that it might finally be time to figure out where that rancid smell is coming from. Such was the case in my own apartment, prompting me to empty and examine the remaining contents of our fridge myself. What follows is what happened (and what happens to many students across the nation) when such an endeavor is carried out.

I began by opening up the fridge door to the overwhelming stench of spoiled food. Somehow, the entire fridge smelled like every item had overstayed its welcome, and immediately I realized that I needed a quick way to get this done. I settled on working my way from the top down, throwing out all the gross items and calling it a day.

I started off by throwing away two different bags of carrots, each containing only a few rotten carrots, as well as an open, half-full bag of shredded carrots that was most definitely past its prime. With this, I also found a mystery bag, the kind you would get in the produce section, filled with a lot of brown substance and liquid. What kind of produce it once was, or if it was even produce at all, I had no idea.

Next to go from the top shelf were two nearly empty bags of sad, shriveled celery, as well as an almost empty bag of sugar snap peas. With these fourth and fifth bags of long-expired vegetables being tossed out, I noticed a trend. With no other kinds of food anywhere in sight thus far, it was clear that my roommates and I can’t seem to finish our vegetables.

I moved on to an unfinished package of blue cheese crumble bearing an expiration date from Halloween, followed by some Greek yogurt that expired just after Thanksgiving, and some long-expired ham that had some weird stuff growing on it. All disgusting, but an interesting (and oddly refreshing) change from rotten vegetables.

Almost in spite, after the moldy dairy and meat, I found yet another unopened bag of sugar snap peas that had begun to liquify. Again, I stopped to question how we leave vegetables in the fridge so long that they change their state of matter, but assured myself that as long as they’re only turning into liquids, we’ll all be okay. I decided that it’s only when some spinach turns into a gas that I’ll be really worried.

Trudging along, behind the liquid sugar snap peas I found two old packages of mushrooms whose contents were way too soupy. It made me wonder about that mystery produce bag I’d chucked earlier, yet I pushed forward, telling myself there’s no sense in looking back now.

At this point, I finished clearing out the top shelf (yes, this is still just the top shelf) by removing one last item: a sandwich container filled with beer. It had been saved before returning a keg at the request of a roommate who said he’d use it for cooking brats. Yet clearly, he never followed through, leaving me to throw away the 3-month-old beer stored in a Tupperware container.

Luckily, the second shelf turned out to be no problem at all, as it was pretty sparse to begin, and only caused me to throw out two items. The first to go was a brown container of unfinished Sendik’s guacamole. It was the second item, however, that disturbed me a little more.

I took out a cereal bowl with some saran wrap over the top of it, the contents of which were white and soupy with a liquid I couldn’t really identify. What I knew for sure was that it smelled like feta cheese, and that it most definitely was not feta cheese. I tossed it and moved on to the bottom shelf.

Everything on the bottom shelf I threw out had an expiration date from October. Two 32-oz containers of yogurt, a half gallon of milk, a package of cream cheese, a few small bags of baby carrots (yikes) and a bottle of buttermilk went into the trash.

At that point, all the main fridge space had been vetted, leading me to move on to the drawers and the door. I was in the home stretch, and I was very glad to be.

All I found in the drawer was one apple, one orange and one slice of Swiss cheese. Clearing out the drawers, then, was no big deal. It was realizing the number of items that were almost finished but still left in the fridge that was (and still is) confounding.

I finally arrived at the fridge door, finding some expired broth, sour cream, buffalo sauce and salsa to throw out. The one weird thing to note, however, was that I found a small to-go container of dipping sauce. I was almost certain it was ranch, but at that point, deemed it not worth smelling to find out. My nose had endured enough for one day.

With an almost entirely full trash bag and the realization of my apartment’s inability to finish bags of vegetables, I was finished. It was a very interesting process, and one worth telling — both because it can inspire kitchen owners to go and detox their appliances to kick off the new semester, or  it can warn them to stay far, far away from the depths of their fridges.