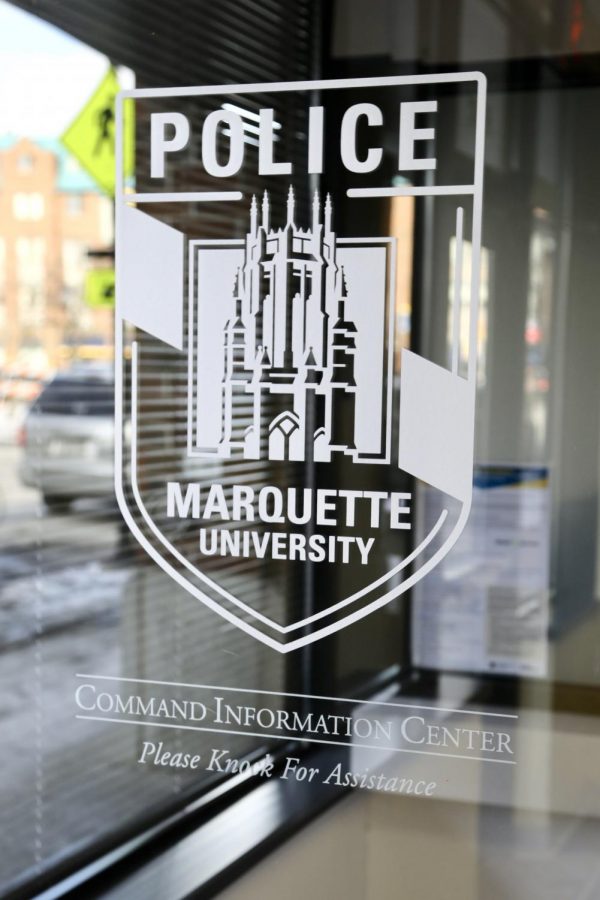 As the Marquette University Police Department continues their search for a body camera vendor, a bill that would affect footage captured by those cameras is being considered by the Wisconsin Senate.

The legislation would exempt all body camera footage from open records requests unless that footage captured a death, an arrest, a search or an incident involving the use of force. If the video was taken where somebody has an expectation of privacy, like a person’s home, the bill would require all victims and witnesses to provide written consent before the footage could be released.

In extreme situations, the bill would allow footage to be released without written consent if a police department judged it to serve the public interest.

This would be a departure from Wisconsin’s existing attitude toward body camera footage, which considers anything captured by a police camera public record, and therefore subject to public inspection.

Rep. Jesse Kremer proposed the law as a privacy measure. He said evolving technology such as body cameras is useful but needs to be regulated, and that the legislation would provide some safeguards around the cameras.

“My concern is that we’re getting real close to stepping on the fourth amendment,” Kremer said.

Thomas Hammer, MUPD advisory board chairman, said that MUPD is keeping an eye on the legislation as it could affect how the department proceeds with a body camera policy.

Critics of the legislation worry that limiting access to body camera footage hurts police transparency, something the cameras are meant to increase.

Members of the Wisconsin Broadcasters Association and the Wisconsin Freedom of Information Council appeared to be against the bill during a public hearing in October.

Bill Lueders, president of the WFIC, said the bill has significant flaws, and that body camera data should be treated like any other public record, which can be held from public inspection under the discretion of the officer granting the requests.

Despite his criticisms of the bill, Lueders said he believes it will pass.

Wisconsin is the not the only state writing this kind of legislation. Twenty-six states already have laws that in some way restrict access to body camera footage, and that doesn’t include the number of states like Wisconsin that are in the process of enacting similar legislation, according to the Urban Institute.

Technology is rapidly becoming a staple of law enforcement. State governments are having to toe the line between transparency and privacy when it comes to implementing body cameras.

This modernization is putting body cameras through an extensive period of trial and error.

Meghan Stroshine, associate professor of criminology and law studies, said it is going to take time for law enforcement to adapt to the cameras.

“The technology was developed before policies were developed, and that’s definitely an issue for a lot of departments,” Stroshine said. “When you adopt body cameras, there’s a learning curve for officers.”

Civil rights, privacy and media rights groups have expressed concern that this learning curve is hindering the positive effects body cameras were promised to have.

A coalition of these groups released a list of body camera principles law enforcement should abide by, and subsequently released a scorecard grading the body camera policies of 75 major city police departments, including Milwaukee.

As of November, only three of the 75 police departments evaluated met the group’s criteria for access to recordings.

Despite criticisms, Kremer said his bill would universalize access to body camera footage for all Wisconsin police departments. He said the bill isn’t perfect, but he thinks it’s a good place to start.

As technology develops, Kremer said the legislation will likely be revisited. But for the time being, this general bill will work to cover every police department’s capabilities.