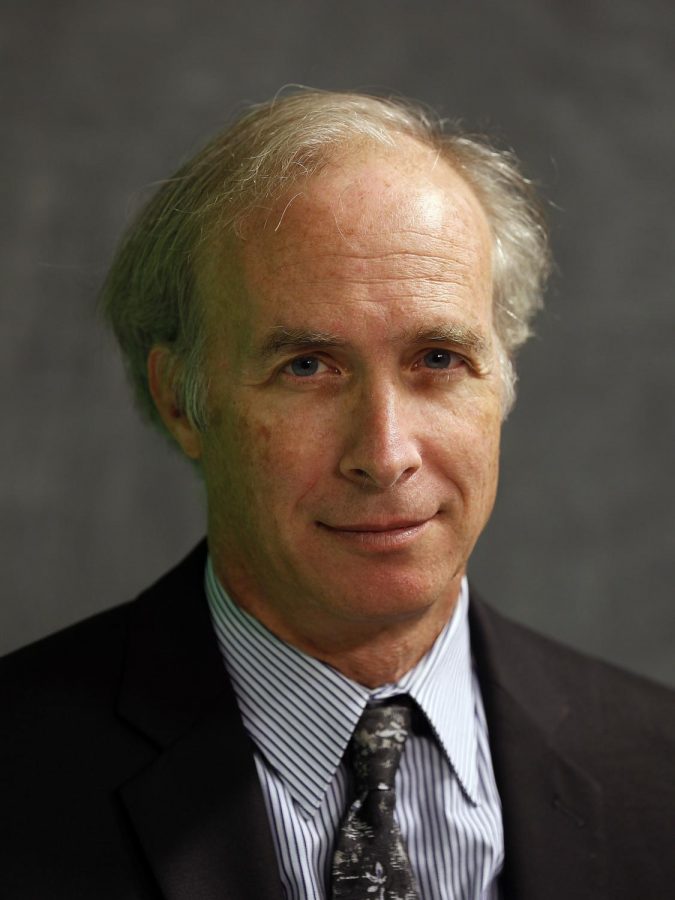 In March, Journal Sentinel reporter Craig Gilbert will complete his research project with the Lubar Center. Photo via the Center for Journalism Ethics.

Working with the Marquette Law School Lubar Center, one local reporter is on a mission to understand Wisconsin’s political climate following the election of President Donald Trump.

Craig Gilbert, a politics reporter and the Washington correspondent for the Milwaukee Journal Sentinel, will complete his second six-month research project with the Lubar Center for Public Policy Research and Civic Education in March.

His research focuses on two things: how President Trump’s election and administration has affected Wisconsin public opinion, and what impact the 2016 election had on the state’s political climate.

Every several weeks, Gilbert produces a story based on his research. He interviews locals from communities all over Wisconsin in an effort to understand what Trump’s presidency means for the future of Wisconsin politics.

“It’s been rewarding,” Gilbert said. “There’s a lot of interest right now. People want to explain the Trump vote and why he won Wisconsin after all these years … The people I’m talking to in the electorate and communities around Wisconsin are aware that this is a conversation among themselves.”

Gilbert said the state of American politics in the past year has led many to question what will happen during the 2018 midterm elections in November. He said the nation’s political attitudes, especially those in swing states such as Wisconsin, have become “unpredictable” due to changing trends, such as the growing divide between rural and urban voters. While these trends are not new, they came to fruition during the 2016 election.

Franklin said a major factor in Trump’s Wisconsin win is the fact that many people who voted for Obama in 2008 and 2012 also voted for Trump in 2016. This is a sign that American politics are experiencing a major overhaul, especially in polarization between Republicans and Democrats, he said.

“We saw swings of 10 or 15 percent in the Republican percentage of the vote, and it’s striking in a number of ways,” Franklin said. “One is that the state hadn’t voted Republican since 1984. But I think what’s important is that political scientists and practitioners all agree that polarization … is the order of the day.”

Franklin said Gilbert’s local community reporting defies stereotypes of Wisconsin voters. The project aims to remind people that “statistical tendencies” always have outliers and variations around the average — there are people who don’t quite fit the mold, Franklin said. Strong community reporting is important because it gives “a sense of what (the election) means to people in their own words,” he said.

Alan Borsuk, a senior fellow in Law and Public Policy, said Gilbert’s project will have a positive impact on understanding Wisconsin voters and tracking the evolving political climate.

Borsuk said the research being done within the Lubar Center fellowships is new to modern methods, and it helps “illuminate” the issues we face in today’s politics. He said he hopes more in-depth research fellowships will come in the future.

“I think there’s a strong future for doing good work in these efforts,” Borsuk said. “Everyone is glad to have (Gilbert) doing his project. We’re glad to see more things like that in the future.”

Gilbert said he hopes his project sheds light on the reasoning behind political trends.

“I’m hoping that (my project) is interesting to people, that it gives people a rich and nuanced sense of what’s happening,” Gilbert said. “I’m hoping that, in doing this, it provides a better understanding of these trends and patterns going forward and what means for our politics five or 10 years from now.”