Webpages that still exist despite irrelevancy 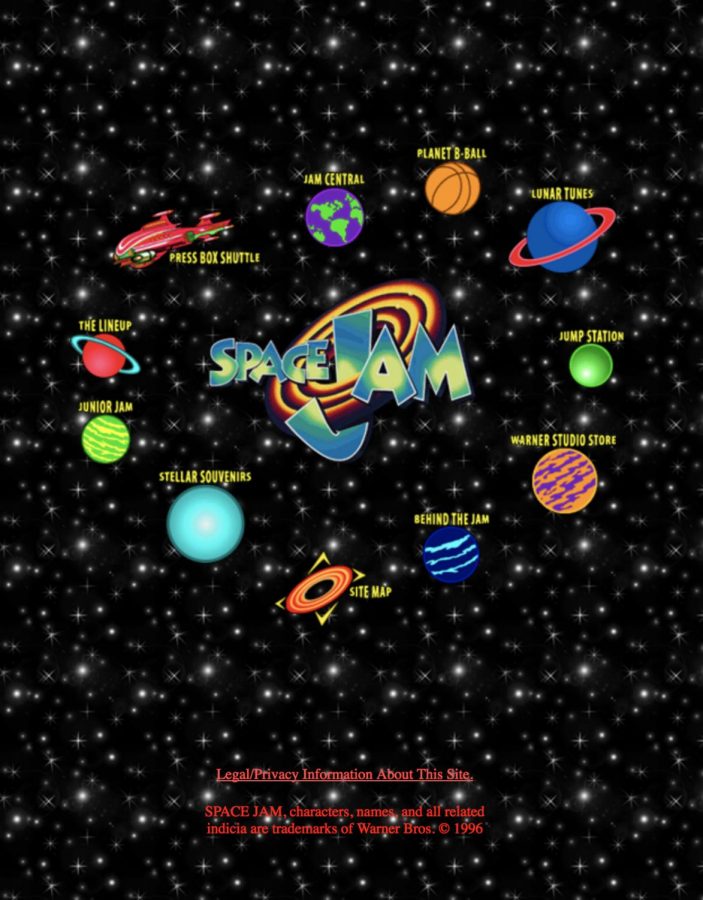 "Space Jam" website is a colorful, galactic blast from the past.

At a time when people are looking ahead to what 2018 will bring, here are four websites that are lagging way behind.

Take, for example, the website for the 1996 film “Space Jam.”  The site, spacejam.com, hasn’t been updated in 20 years, and boy, does it show.  The website is covered in clip art, red text on black backgrounds and a page that features the sentence, “Click above to find out more about our sponsors and the various hip sites that make WB Online the jammin’ place that it is.”

“I felt like I was going to get some kind of virus on my computer,” said Nadja Simmonds, a senior in the College of Communication who recently visited the site.

The “Space Jam” website features all sorts of goodies if your computer runs Windows 95 or Mac OS9.  There is a screensaver you can download, a clip art basketball that you can use to change the logo of your Netscape Navigator web browser (“Unfortunately, this only works on a Macintosh running Netscape; sorry, Windows users,” the website says), and electronic postcards for you to email to all your “Space Jam” loving friends.

Another website that is equally as dated is the CNN page for the coverage of the O.J. Simpson trial. The acquittal of Simpson for the death of his ex-wife and her friend was dubbed the “Trial of the Century” by CBS news, but the website for CNN’s coverage is firmly stuck in that century. The head of the site is a blue banner with a word art CNN logo, yet aside from that and the clip art used to create informational categories about the trial, the rest of the page is devoid of color.

The site is lacking in color, but not educational value, which is why people say it is still exists.

“I think the O.J. site is still up because, first of all, it’s history, and secondly, it contains an extremely thorough breakdown of the case and its coverage,” David Klinger, a junior in the College of Communication, said. “It’s surprisingly effective despite its user-unfriendliness.”

Hasan Barakat, a junior in the College of Engineering, agreed that the dated website has to be purely informational. “(CNN’s O.J. Website) is acting as sort of an encyclopedia,” Barakat said. “People probably use the site as a source for research.”

Marquette websites aren’t immune to this either. Internet Archive’s Wayback Machine features copies of Marquette’s website ranging from 1998 to now, including a link to Marquette University’s On-Line Student Media. This was a time when the Marquette Hilltop yearbook was planning on publishing “its first multimedia CD-ROM at the end of the year.”

“These sites are definitely products of the time,” Jackson Hoemann, a freshman in the College of Communication, said. “Each of them are filled with relics of the mid-’90s internet: hyperlinks, image files and in the case of two of the sites, lots of neon colors.”

The other site that Hoemann mentioned for having lots of neon colors is that of the Heaven’s Gate religious cult.  The cult, which thought that the passing of the Hale-Bopp comet was an alien spacecraft, believed that through mass suicide they would be able to gain access to the spaceship.

Yet despite the cult’s mass suicide in 1977, their website is still up. Somebody is still paying the server fees to keep the website up and running, keeping their memory alive with the website nearly 22 years after the end of the group.

With every other aforementioned website, it is easy to find reasons as to why they are still on the internet. “Space Jam” is owned by Warner Bros., a large multinational corporation, as is the case with CNN’s Simpson database. Marquette is a nationally known university. But Heaven’s Gate was a cult that committed mass suicide two decades ago. It’s a mystery as to why the website is still up, and it is impossible to find any ownership information about the website.

“That’s creepy if someone still pays for it to be online,” Klinger said.

The design of the mysteriously funded website is stereotypical ’90s. It features lots of teal, red and white text on black backgrounds, a logo that looks like it came from a rejected Nickelodeon game show and random clip art being used instead of normal bullet points, or as Klinger calls it, “eye-scorching flashiness.”

“These websites are a window to a past era … of internet coding. We still have plenty of cool movies, cults and controversial cases,” Klinger said. “We just talk about them on Twitter now. Nothing’s changed except for the website user-friendliness, in my opinion.”

The ’90s were a time that will never be forgotten, especially in regards to the internet. With websites like these still up and running, it’s possible for anyone to log on to the information superhighway and surf the web to see what the internet was like over 20 years ago.