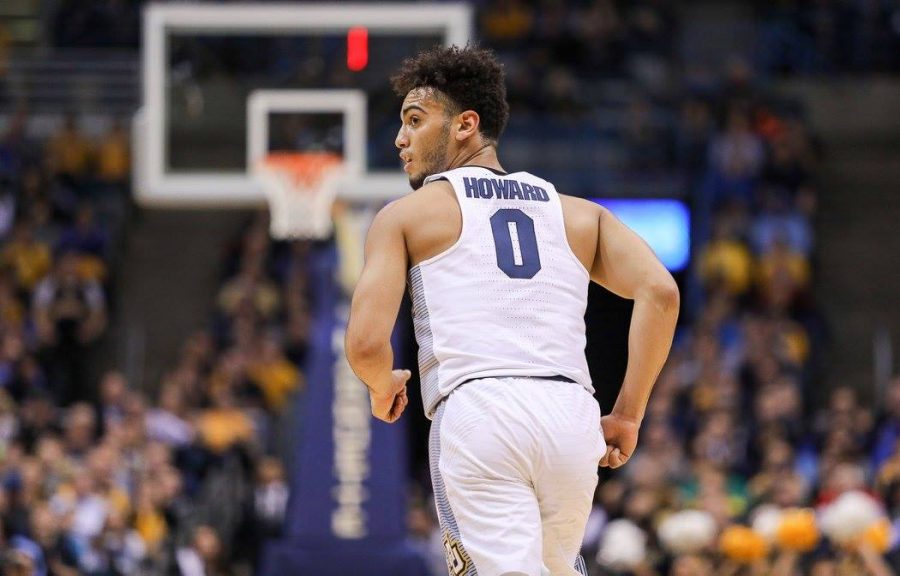 There were times when it looked like Marquette would stun the No. 6 Xavier Musketeers. However, the Golden Eagles couldn’t do enough of the small things in a dispiriting 91-87 loss to open conference play.

MARKUS HOWARD HITS ROUGH PATCH
It’s not often that sophomore guard Markus Howard, Marquette’s leading scorer with 21.8 points per game, is out of sync on offense, but that’s precisely what happened against Xavier.

Howard scored 13 points, but went 6-of-19 from the field and only 1-of-8 on 3-pointers. Aside from an 0-for-5 performance against LSU, it was his worst performance from beyond the arc this season.

While head coach Steve Wojciechowski thought Howard and the rest of the Golden Eagles missed a few opportunities on offense, the momentum swings were a much bigger problem.

“There were three or four really big momentum plays where we had shots at the basket and we weren’t able to convert and they were able to come down and hit a two or three,” Wojo said. “It’s not just not finishing; it’s four or five point swings.”

Several of those plays in the latter stages of the game involved Howard. One came with 4:23 left, when Howard’s fastbreak layup attempt that would have tied the game was blocked by Xavier’s JP Macura. On the other end, the Musketeers drew a foul and sophomore Quentin Goodin knocked down both free throws.

Howard had another opportunity after a Goodin miss with just over two minutes to go and the score tied at 80-80, but he bungled a fastbreak layup. Macura got a quick layup at the other end to give Xavier the lead, which it never relinquished.

Cain scored a career-high 16 points, 11 of which came in the second half. After subbing in with 17:07 to go in the second half, Cain grabbed a rebound off a missed jumper from Macura, then received a pass from Rowsey at the other end and buried a 3-pointer, all within 30 seconds.

“(Cain) was the one that shined the brightest,” Wojo said. “He was really good.”

It wasn’t long before Cain showed up again, stealing the ball from Macura with just over 15 minutes to go and burying another three on the ensuing possession. Over the next three minutes, he tipped in a missed Rowsey jumper and assisted Theo John on a bucket that gave Marquette a 56-51 lead, its largest of the game.

Most of Cain’s opportunities came from the left corner when Xavier switched into its 1-3-1 zone look, which put pressure on the backcourt dribblers but tended to leave Cain open.

“He just keeps getting a little bit better and so do the other young guys,” Wojo said.

He ended the day having played a season-high 29 minutes.

FALLING SHORT ON FREE THROWS
Amid all the uncertainty of this season, the one constant has been free throws. The Golden Eagles had only shot less than 70 percent from the line in one of their 12 games and were making freebies at a 78.4 percent clip for the season, which was the 10th best mark in the country.

All that went out the window against Xavier.

Three empty trips to the line resulted in a 57.1 percent mark, Marquette’s worst of the season. Sacar Anim missed both his free throws early in the second half with the score tied at 44-44. Forward Theo John clanged two free throws with Marquette down two points after the under-eight timeout. And with 19 seconds left and the Golden Eagles trailing by five, redshirt sophomore Harry Froling missed the front end of a one-and-one to seal a loss.

“We left a few points on the board that we would normally make,” Wojo said. “Against a team like Xavier, which is a team who’s got a chance to win a national championship, you’re going to come out on the wrong end more times than not.”

On the other side of the ball, the Musketeers went 22-of-24 on freebies. Leading scorer Trevon Bluiett scored 10 of his 23 points from the line.

The Musketeers saved their best free throw shooting for when it was needed most, ending the game on a 12-for-12 stretch from the line. Eight of those 12 came with less than five minutes left.

QUOTE OF THE NIGHT: “I wish there was just one thing to work on, but there’s more than that. A team like Xavier exposes you.” – Marquette head coach Steve Wojciechowski

UP NEXT: Georgetown (10-2, 0-1) which also lost its BIG EAST opener, comes to the BMO Harris Bradley Center Saturday at 3:30 p.m. Marquette will then be on the road for four of the next six games.