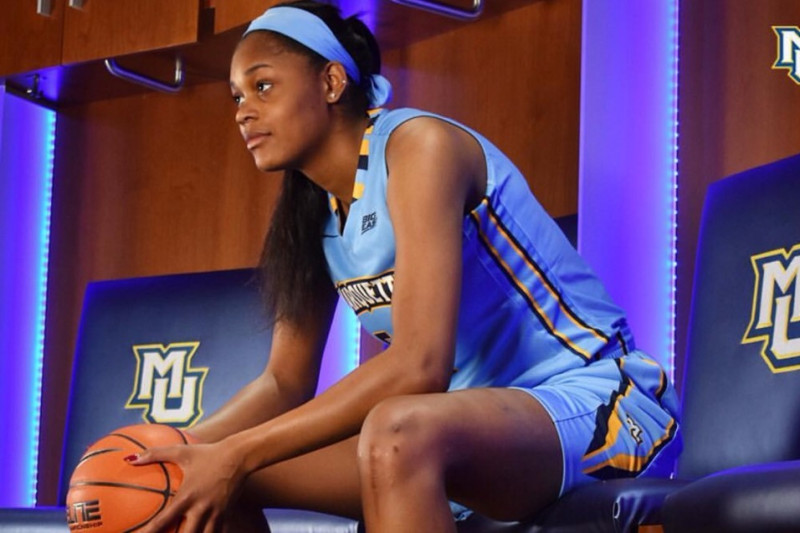 Redshirt sophomore Tori McCoy was diagnosed with a rare kidney disease last week and will need a transplant. (Photo courtesy of the McCoy family.)

“Being a mom, I had a complete meltdown,” Kimberly Butts-McCoy, Tori’s mother, said. “Tori took it better than I thought she would.”

Tori was feeling extreme exhaustion for months leading up to the diagnosis, but attributed it to the stress of being a collegiate basketball player. On Dec. 6, McCoy vomited after a workout, which prompted the team physician to recommend she go to Aurora Sinai Medical Center. The doctors there found elevated protein levels in her blood, and a diagnosis was made on that basis. A biopsy two days later confirmed the diagnosis.

FSGS is a disease that attacks the glomeruli, the filtering units inside the kidney that clean blood, creating scarring inside the kidney. The McCoy family said the doctors told her there was “80 percent damage in both her kidneys,” although Tori kept on living her life in spite of it.

Although McCoy will continue to attend classes and play basketball, she must undergo dialysis, a process that artificially removes toxins from the blood. McCoy will undergo four-hour treatments three times every week until she’s eligible for a transplant. Her family has not had a preliminary meeting with the transplant team yet, but early estimates say McCoy will have to wait three to four years to receive new kidneys unless she receives a donation from within her family.

“She can continue to have a normal life,” Kimberly said. “She now just has to add dialysis to her life.”

McCoy transferred to Marquette from Ohio State University over the offseason. The Champaign, Illinois, native averaged 8.1 points per game and 4.9 rebounds per game in her freshman year with the Buckeyes. McCoy was a consensus top 10 recruit and a McDonald’s All-American. She has three years of eligibility remaining after her redshirt year.