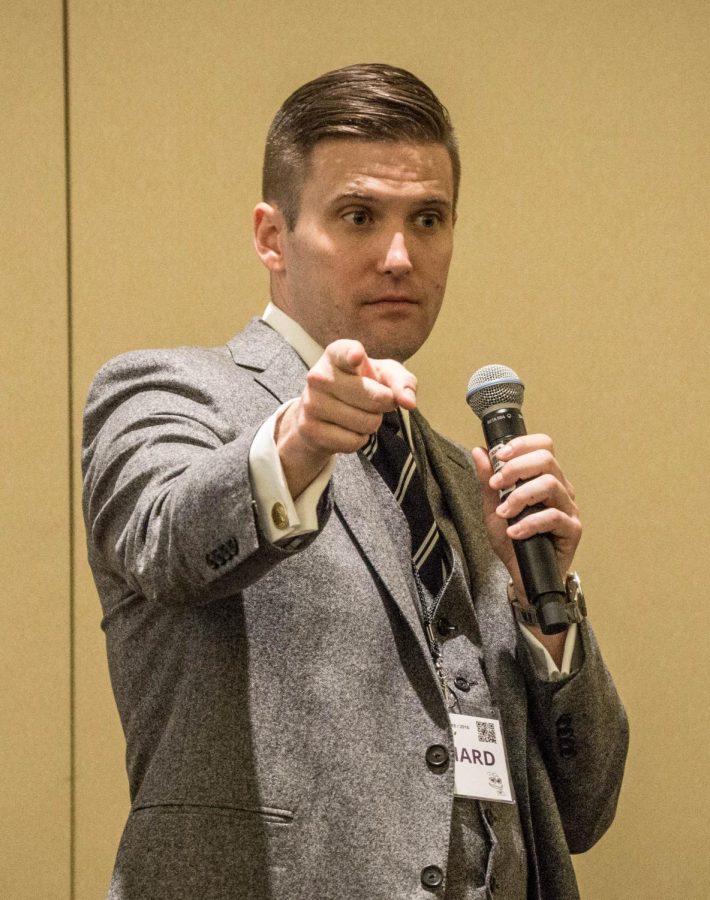 Call me old-fashioned, but Nazi ideology and white nationalism should not be acceptable lifestyles for American citizens in 2017.

Last week, The New York Times published a profile of Tony and Maria Hovater, two white nationalists, under the title “A Voice of Hate in America’s Heartland.” This piece looked into their day-to-day lives, discussing the couple’s wedding plans, Tony’s appreciation for Seinfeld, and the couple’s mutual belief in the separation of the races. One of those topics doesn’t quite seem to fit when listed alongside the others. And yet, the author of the piece, as well as the editorial staff of The New York Times, felt each of these topics deserved equal coverage. This kind of passive and “fair” attitude in coverage of white nationalism is incredibly dangerous as it normalizes hateful ideologies.

It’s astounding to think that in an increasingly polarized political landscape, fair and balanced coverage is being given to groups who believe in concepts such as white ethno-states. This is especially alarming considering Hovater believes the biggest threat to white nationalist ideas is the less “normal” supporters of their beliefs. An American man sympathetic to the ideas of Adolf Hitler wants to be viewed as a normal citizen, so his NYT profile discusses his love of National Public Radio and his charming Midwestern manners. When a reporter is interviewing someone who proudly discusses their admiration of fascism, more emphasis should be put on the dangers of fascism rather than the subject’s “Twin Peaks” tattoo.

This NYT profile is not an isolated incident. Profiles of prominent white nationalists, such as Richard Spencer, have an alarming tendency to describe how “normal” these people seem despite their hateful beliefs. While the argument could be made that this is a choice by the authors to highlight how these horrible ideas can be supported by the “Average Joe,” it provides these Nazis with platforms to reach susceptible audiences. These are fringe groups that are creeping into the mainstream. They have been around for decades but were viewed as too radical or incendiary. Their hateful rhetoric is slowly being normalized by not only the lack of condemnation from the President but by the misguided depiction of their groups in the mass media as well.

The Hovater profile caused an incredible, and justified, amount of backlash, and the NYT editorial staff and author of the article both posted responses. The editors apologized for the unintended offense they caused their readers, which seemed genuine enough. The author, Richard Fausset, responded in a bizarre fashion. He claimed he was trying to pinpoint what made a seemingly normal man like Tony Hovater come to believe in such horrible ideologies. But he didn’t have a concrete answer. As a result of this inconclusive interview and research, the story was published in its controversial form. However, when providing a profile of a man who believes that democracy doesn’t work and the races should not intermix, highlighting the damaging effects these ideas have should be the primary concern.

The growing Nazi movement is a cancer in American society that is being ignored by our President and unintentionally normalized by our media institutions. These kinds of ideas have very real and dangerous consequences. The public shouldn’t be able to relate to people who want to do away with democracy and keep races segregated, or even worse, subjugated. This portrayal of the nebulous “alt-right” as a subversively normal movement in American politics will only get more people killed and will only give support to hate groups. Thankfully, the Hovaters were both fired by their employers for the beliefs they displayed in the article, which is the only effect profiles like this should have. Outing supporters of Nazism, white nationalism and white supremacy should have damaging effects on their livelihoods, not provide them with a platform to spread their hateful rhetoric.