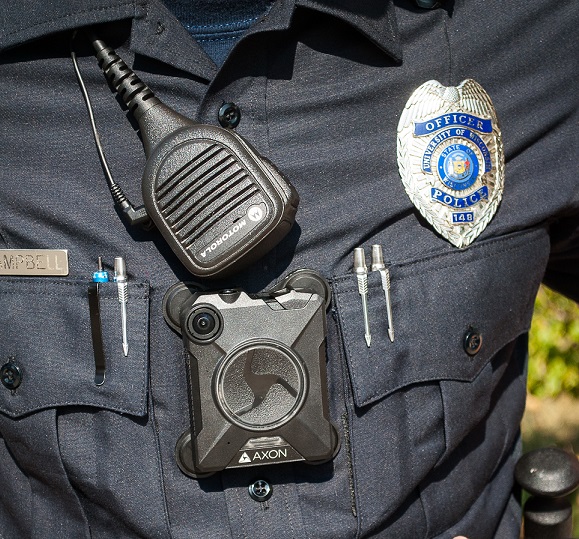 A house party turned chaotic in September when Marquette University Police Department officers responded to an alleged sexual assault and threatened to use Tasers against several non-compliant students.

A student at the house recorded the taser incident on his smartphone and uploaded the video to Snapchat. Officers can be seen attempting to restrain several students, and one officer can be heard saying, “You’re gonna get Tased,” followed by two distinct clicking noises. From the video, it appears that the Taser was activated.

Nothing was verified until the following day when a statement from the university said the Taser had not been used. The student believed to have been Tased confirmed this.

When the Marquette Wire asked Marquette University Police Department Chief of Police Paul Mascari if he thought a body camera would have been useful in this situation, he said no.

“Body cameras are not going to stop people from posting things to social media before they have all (or any) facts,” Mascari said in an email.

MUPD began researching body cameras shortly after becoming a commissioned police department in 2015. MUPD came close to signing a contract with Axon, the same company that supplies its Tasers, but is now considering alternative companies after being informed of changes in the company’s pricing.

In 2017, Axon announced a National Free Trial Offer of their body cameras, which would equip every interested police department in the U.S. with one body camera per officer. This offer came on the heels of MUPD having already tested two body camera models from Axon the previous summer.

Mascari said even though MUPD had already tested cameras, they were interested in the NFTO for the foresight a year-long trial could offer.

“This year-long test would provide us with more data to determine if the Axon product was right for us,” Mascari said. “It would also let us more accurately determine and budget for the appropriate amount of data storage.”

But when MUPD reached out to an Axon sales representative, Mascari said they were told they no longer qualified for the offer because they had already tested two Axon cameras.

The Marquette Wire contacted Axon to verify this, but Axon’s vice president of strategic communications, Steve Tuttle, said in an email that the NFTO trial was still ongoing and that Axon had not revoked the offer.

When told that Axon denied revoking the offer, Mascari said an Axon sales representative met with MUPD Captains Jeff Kranz and Katie Berigan, and told them that MUPD would not be able to take part in the NFTO because they had previously done a 30-day trial of two Axon cameras.

Mascari said Axon provided a quote for MUPD’s immediate purchase of the cameras, which they declined in favor of  researching other body camera vendors.

The Marquette Wire asked Axon once more if the offer had been revoked, and Tuttle affirmed that it had not.

“The offer is open to all law enforcement agencies in the U.S.,” Tuttle said via email.

Other Milwaukee municipalities of similar size to MUPD have not had the same troubles acquiring body cameras.

The University of Wisconsin-Milwaukee Police Department began researching body cameras in 2015, roughly the same time as MUPD. While UWMPD did not participate in the NFTO, UWMPD Chief of Police Joseph LeMire said Axon had been helpful in facilitating the body cameras’ implementation.

UWMPD negotiated a five-year contract with Axon and officially deployed cameras for their 33 officers in September, LeMire said.

The Milwaukee Police Department also uses Axon body cameras but deployed the cameras in 2015, prior to the announcement of the NFTO.

Mascari said he is still committed to implementing body cameras for MUPD, but that there are a variety of things still to consider.

“While we would like implementation to happen as quickly as possible, we also want to ensure we are getting the right product for the right price,” Mascari said. “We also need to ensure we are considering recent studies questioning the effectiveness of (body cameras) and that any policy we adopt addresses concerns related to privacy that are being raised more and more as (body camera) utilization becomes more widespread.”

He also said that MUPD has not ruled out Axon products but that they want to be certain the product they choose best serves the department.

“It’s going to involve testing other vendors to ensure they meet MUPD standards,” Hammer said. “We have to test other comparable products that may be more competitively-priced.”