Stores light up, dim down for holidays 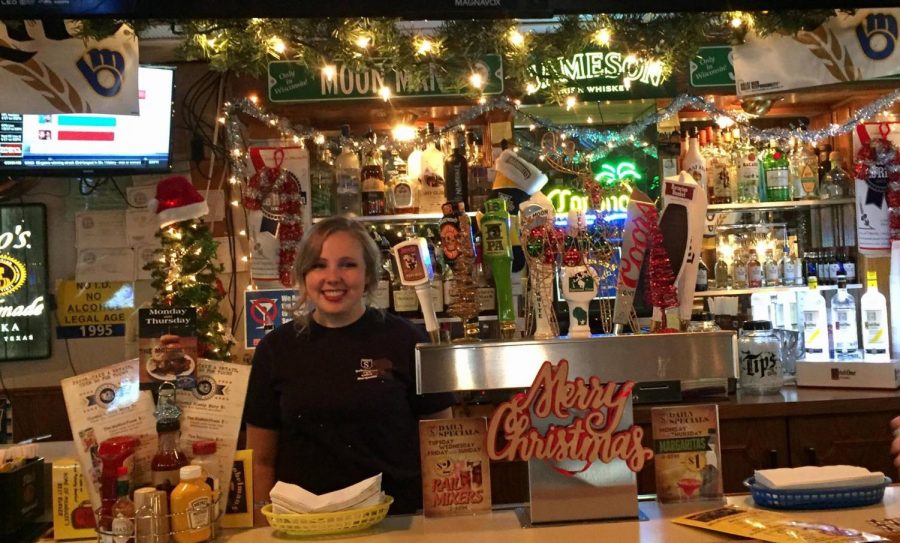 With Thanksgiving in the rear view mirror and Christmas fast approaching, there seems to be a gray area of when the right time is to start celebrating and decorating for the next holiday. For businesses on Marquette’s campus, that answer varies.

The holiday season typically begins just after Halloween, anticipating Thanksgiving, Hanukkah, Kwanzaa, Christmas and New Year’s. Since Americans never seem to truly be satisfied when one holiday ends, many people and businesses are often immediately on to the next one.

16th Street and Wisconsin Avenue’s Starbucks has a regime set in stone for the holidays. Herman Hammermeister, an employee at Starbucks, shared the protocol for Starbucks all over the world during the holiday season.

But in terms of decorations, that varies from store to store.

The holiday season at Starbucks begins November 1st with their holiday specialty drinks, cups, treats and ambiance; ambiance being the music, the colors on the menu, as well as their special holiday cups, which are always a crowd pleaser.

On the contrary, some people have a strong opinion about Christmas beginning far too early. One freshman in the College of Business Administration, Zach Orzel, said that he is one of the people who believes Thanksgiving deserves its own chunk of celebratory days.

“The moment the turkey is in my mouth is when you can start playing Christmas music, but no earlier than that,” Orzel said.

Stores and radio stations often begin early, which causes even more conversation among the general public about when it is the right time to start celebrating. Still, some businesses put less effort into their Christmas preparations.

“We typically do decorate, but I’m not exactly sure when we’re going to get that done,” Warren Dagel, a Sobleman’s employee, said.

Walgreens, located on the corner of 16th Street and Wisconsin Avenue, does not do a whole lot of decorating but will play music and maybe have a tree displayed in the window.

Aligning more closely with the lackadaisical side of the Christmas decorating spectrum, Sendik’s also has minimal Christmas preparations. Kaitlin King, who works at Marquette’s newest on-campus grocery store, said that Sendik’s does not do much in terms of window displays, but will play music and have smaller decorations throughout the store.

There seems to be no “right” answer to the question because so many people have different opinions, but local businesses are not that far off. Sobelman’s, Walgreens, Sendik’s and many other businesses prefer the “go with the flow” attitude on the matter. These establishments seem perfectly content with being in no rush, especially during the holiday season.