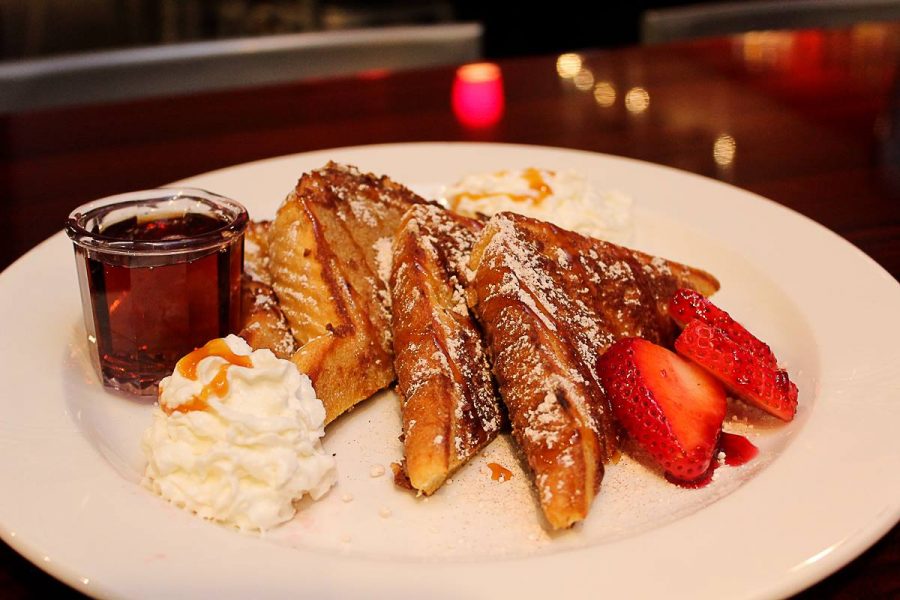 There are many options in the aftermath of Thanksgiving. Some will head to the gym to work off the extra calories, and some will browse the web for Cyber Monday deals. Even more will start looking ahead to the next major holiday: Christmas. However, today marks a holiday that most do not recognize. Today is National French Toast Day.

The history of French toast is a bit misleading, as some of its earliest roots can be traced back to the Roman Empire, and it’s been around since before France existed. The name in French translates to “lost bread,” which refers to the fact that the dish was traditionally made with otherwise useless stale bread that could be saved by the battering process.

In preparation for this little-known holiday, students dished where French toast falls in their breakfast hierarchy.

“I love French toast. It’s my second favorite right under pancakes,” Antonio Beasley, a junior in the College of Communication, said. “My mom used to make it all the time as a kid. I’ll sometimes make it myself.”

However, not everyone is this decisive about where French toast falls on their morning-meal ranking list.

“Breakfast food as a whole is pretty hard to beat,” Mike Moroney, a junior in the College of Communication, said. “I like omelets or skillets, then pancakes, then probably French toast and waffles after that. I’ve made it myself a couple times but I kind of botched it.”

Others have specific qualifications they want their French toast to meet. Devon Hanley, a junior in the College of Communication, said that sometimes it’s too much effort to make.

“I’ll make it but I like it more when other people make it for me,” Hanley said. “I like eggs, oatmeal and avocado toast more than French toast, but it’s pretty good. I think the bread has to be fluffy, maybe with some syrup. That’s what makes the French toast.”

Students also elaborated on some of their special tricks to beef up their breakfast dish, from special ingredients to cooking tricks.

“I make it all the time. I usually use a special bread, like a fritter bread, instead of a normal bread,” Wyatt Stokesberry, a junior in the College of Business, said. “And then I use some cinnamon, syrup obviously, and maybe put a little fruit on it.”

Cinnamon was a common detail in a lot of students’ fancier French toasts.

“I put a little cinnamon in mine, and a little vanilla,” Beasley said. “Then I just cook it until it’s that golden brown.”

As for where students can grab the best French toast, the consensus seemed to proclaim Bro-Yo as the go-to on campus spot, but Beerline Cafe and National Cafe are also popular spots.

“In the immediate Marquette area, Bro-Yo is the perfect place. They have this peanut butter French toast that’s delicious,” Beasley said.