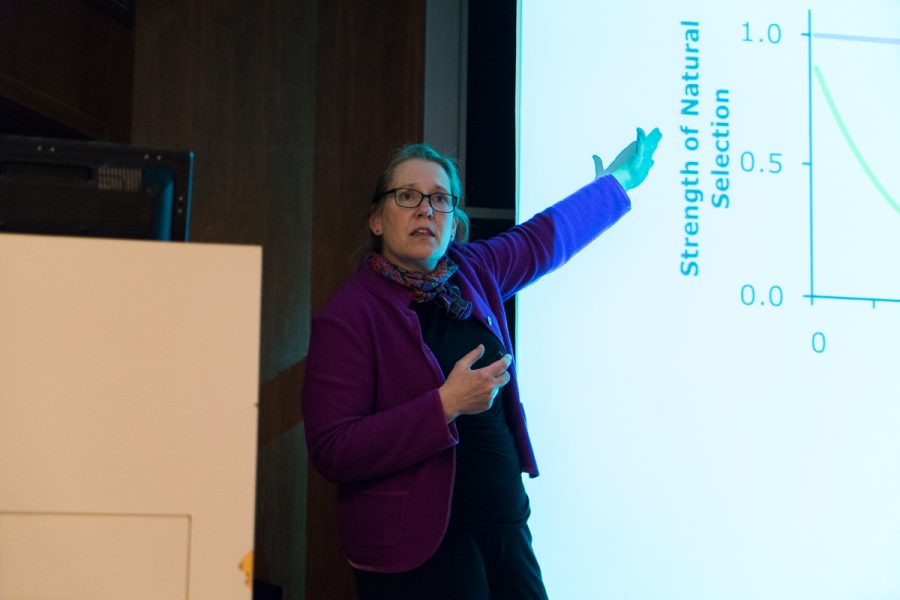 Anne Bronikowski, an alumna of Marquette’s College of Arts and Sciences, gave the final talk of the semester in the Scholl Seminar Series on Nov. 17. Her talk, titled “Evolution and Comparative biology of Aging,” discussed the rate at which different organisms age.

Anne Bronikowski, an alumna of Marquette’s College of Arts and Sciences, gave the final talk of the semester in the Scholl Seminar Series on Nov. 17. Her talk, titled “Evolution and Comparative Biology of Aging,” discussed the rate at which different organisms age.

Ed Blumenthal, chair of the Biology Department, said they were excited to have Dr. Bronikowski and that it was, “somewhat unusual to have an undergraduate alum of Marquette to come speak,” because most alum speakers are from Marquette’s graduate school. He added that they might look into having more undergraduate alums come to speak more often.

Bronikowski studied molecular biology in her time at Marquette, with a minor in mathematics. She went on to receive her masters and PhD at the University of Chicago.

Bronikowski gave an overview of what the science of comparative biology is and the evolutionary theory of senescence, which tries to explain how evolution designs organisms to achieve reproductive success. Bronikowski said she was intrigued by the diversity of life spans of different organisms.

“For example, why do tortoises live for over 100 years? Why do females live longer than males?,” she said.

Bronikowski said these sorts of questions inspired her research with garter snakes in East Lake, California. She said she compared the garter snakes that live in the meadows versus the ones that live on the lakeshore.

Despite the fact that both these garter snakes live in the same general area, they are very different in shape, size and life span. Bronikowski said that she the diversity of life spans have always been of interest to her.

Bronikowski said her liberal arts degree in molecular biology has served her well. “It’s nice to be back on campus, it feels just the same from when I was here.” She said.

Dr. Bronikowski also said how grateful she was of her Marquette degree. “My degree from Marquette gave me skills that I still use today. I learned how to think and write critically, and learned ethics and humanity. Skills you might not think you need for a science degree, I find very useful in my everyday life,” she said.

As for advice to future biologists, Dr. Bronikowski says that students should not be hesitant when going for what they want. “Take what you learn here at Marquette and go for it. Apply for jobs you do not think you will get and do not let your degree limit you.”