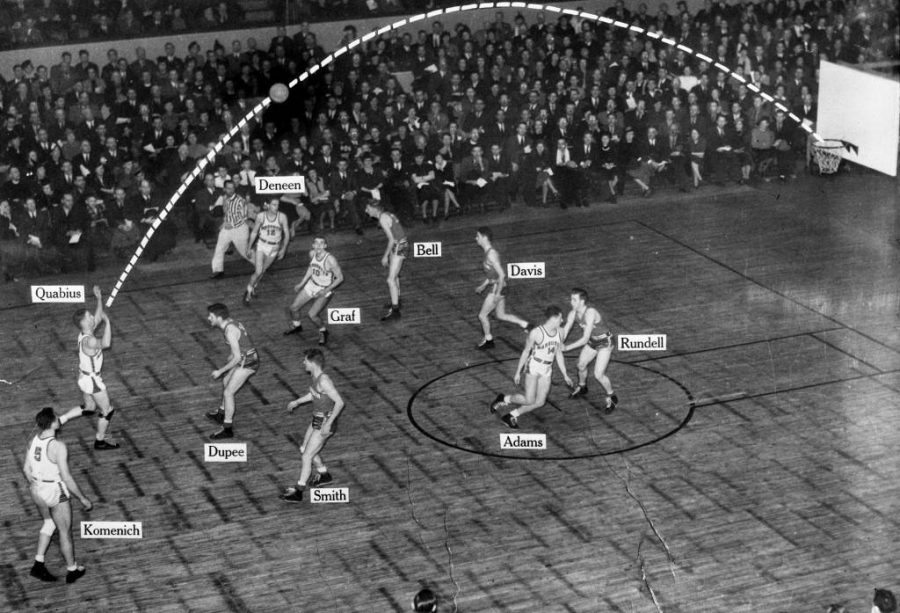 An illustration of the trajectory of a shot made by Dave Quabius in a game against the University of Wisconsin-Madison in 1930. (Photo Courtesy: "Department of Special Collections and University Archives, Marquette University Libraries")