HARRINGTON: Clinton cult of personality could be democrats undoing 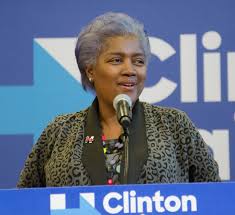 Donna Brazile, former chairperson of the DNC, recently published a memoir that alleged the DNC primary was rigged in favor of Hillary Clinton.

The Republicans did not win the 2016 election, the Democrats lost. Running against Donald Trump should have been a cakewalk for the Democrats. All the Democratic National Convention had to do was not nominate an extremely controversial candidate who could easily hijack the interests of the party. Shockingly enough, that is exactly what happened.

Donna Brazile, former chair of the DNC, recently wrote of her experience with the Clinton 2016 campaign. The backlash she has since faced is highly indicative of the horrific cult of personality that surrounds Clinton.

In a comically predictable fashion, Daou unleashed the standard set of Clinton defense mechanisms. He invoked Russian interference, called opponents of Clinton “Bernie Bros,” and claimed Hillary only faces scrutiny due to sexism inherent in politics. These answers and counterpoints are so ingrained into Clinton supporters’ minds that any logical or outright factual points against Clinton are totally disregarded.

Dismantling these flawed sentiments is incredibly easy from an outside perspective. In the area of Russian interference, there is a high chance of legitimate inference by the Russian government in our 2016 presidential election, with a major event being the hacked DNC email leak to Wikileaks. These emails, largely centered around shady or immoral actions taken by the Clinton campaign and in some instances, Clinton herself, are frequently cited as potential elements of Russian meddling to de-stabilize support for the Democratic party and to stoke the flames of insecurity surrounding Clinton following her controversial time as the secretary of state in the lead up to the 2016 election.

While the potential interference of Russia in our election is a legitimate issue, the “Boy Who Cried Wolf” mentality of some Clinton supporters makes the meddling seem like a cartoonishly exaggerated scheme. Criticisms of the very real statements, stances and activities presented in the leaked emails are met with responses claiming the critic is some kind of Russian drone or agitator.

The constant blaming of Sen. Bernie Sanders and his supporters for the failures of the Clinton campaign in 2015-’16 are a personal issue for me. I was, and continue to be, an ardent supporter of the Vermont senator’s campaign. The claims that Sanders’ campaign as an outsider was the reason Clinton lost in November are just plain ridiculous. Votes for the Libertarian and Green Party candidates combined with those who wrote in Sanders would not have made a difference in the final electoral college vote.

Another common critique is that Sanders shouldn’t have attempted to “divide” the Democratic Party, seeing as he “isn’t even a real Democrat.” This rejection of new ideologies by establishment Democrats is exactly what leftists are trying to do, which is revitalize the left by appealing to voters and areas that have been ignored by politicians such as Clinton.

There’s a long list of factors that lead me to view Clinton in a negative light, but her gender has never affected that opinion. I applaud her for fighting for gender equality. She has inspired many women, both at home and globally, which is commendable. However, I have been called a sexist for expressing my dislike of Clinton’s policies and behaviors. I’ve been called a bad feminist for supporting Sanders rather than former Secretary of State Clinton in the 2016 primaries. That very behavior discredits the principles Clinton herself stands for as a representative of gender equality. By labeling her critics and detractors under the blanket of sexism damages the ideals of fear and balanced discourse. A woman’s place can be in the White House, but that woman should not be Clinton.

Clinton should be viewed as a flawed candidate whose time as a prominent figure in politics is over, but some of her most fervent supporters refuse to live in this reality. In the politically charged climate that exists in America today, with more and more grassroots political movements and third-party candidates gaining seats in office, the specter of Clinton looms over the Democratic Party and its base. The DNC bet on Clinton and lost spectacularly, however, her failures and flaws are being denied by a fervent and vocal support base that is slowing the Democrats from progressing. Unless this kind of hero worship is curbed, the failures of 2016 will manifest themselves in future elections.