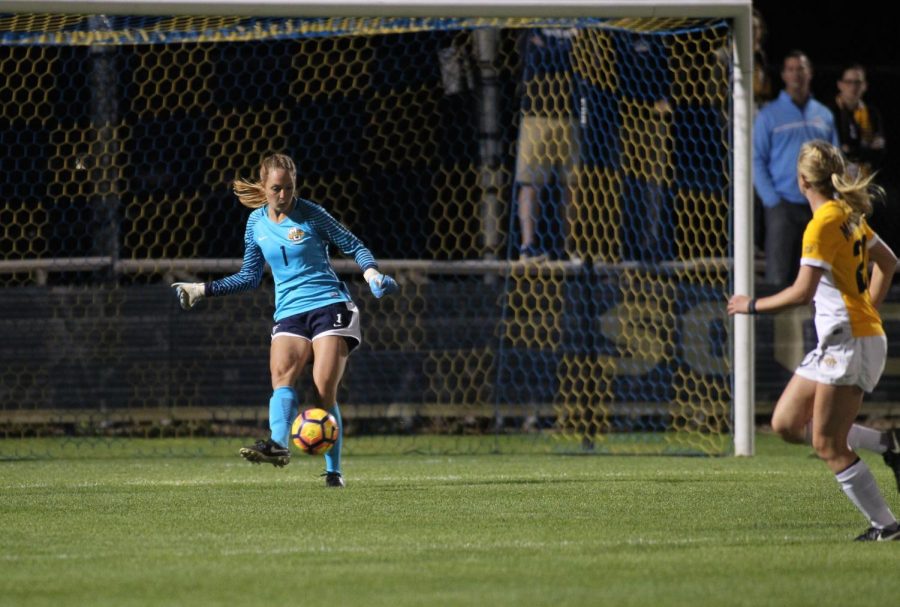 Marquette entered the 2017-’18 season with expectations of a BIG EAST title.

“We always have high expectations,” head coach Markus Roeders told the Wire in August. “We always want to win and compete for a championship in the BIG EAST.”

That goal went out the window Thursday as Marquette lost to Georgetown in the BIG EAST semifinals, 4-0.

The Hoyas dominated possession early and gained a 10-2 shot advantage in the first half. Two of those shots were goals, as attackers Caitlin Farrell and Rachel Corboz each found the back of the net in the first 20 minutes. Marquette did not have a shot until the 30th minute and had only one shot in the second half.

Any chance of Marquette’s first second half comeback in over a year was eliminated in the 50th minute, when Corboz found freshman Kelly Livingstone on a corner, setting up a header past sophomore goalkeeper Maddy Henry.

Corboz removed any lingering doubt once again in the 64th minute on a free kick from the right flank. Henry had to play up in case of a header, leaving Corboz space to fit the ball into goal for a brace.

This is the second consecutive year that Georgetown eliminated Marquette in the BIG EAST Tournament. The Hoyas shut the Golden Eagles out, 2-0, in the BIG EAST Championship last year.

Marquette has not scored a goal against Georgetown since 2015 and has not won since 2013.

The loss also jeopardizes Marquette’s chances at making its second consecutive NCAA Tournament appearance. MU entered play 49th in RPI and will not have a win against a top 50 RPI team this season.