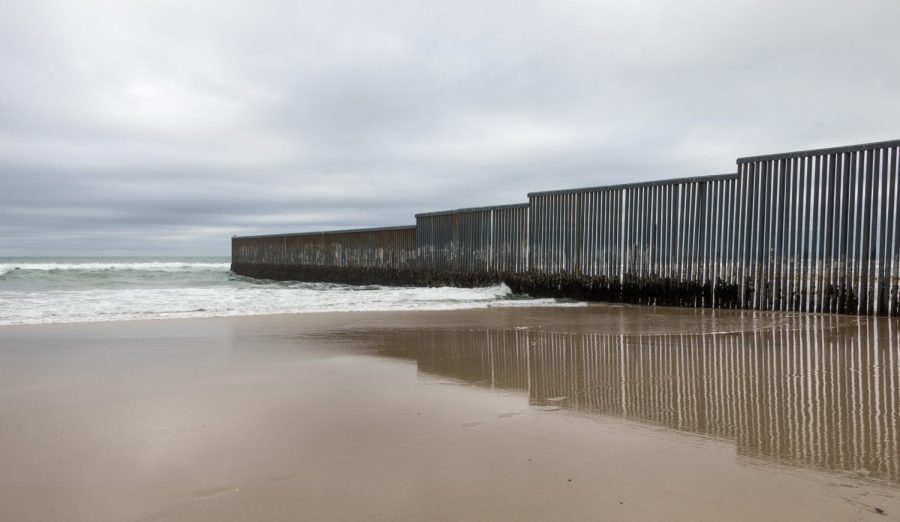 With all the technological advancements humanity has made, it’s hard to believe that we still have not found an alternative to a wall as a border defense mechanism.

I am referring to President Donald Trump’s perhaps most prolific campaign promise: the Mexico-United States border wall. Trump hopes the wall, which is projected to be 30 feet tall, is going to be a physically imposing barrier that separates the US from Mexico. Whether one likes it or not, it’s beginning to look like this wall is going to become a reality. Prototypes have already been built in San Diego to test the effectiveness of this proposed border defense.

For now, the wall may be the best bet for a temporary solution to immigration concerns. However, the wall will only work if the government implements costly surveillance technology and keeps border violence at a minimum. Technology is just not good enough at the moment for any other type of border security to be possible.

Trump has pushed the fact that the current border fence is not holding up well, which an NBC broadcast showing immigrants jumping the fence illustrated perfectly

But the multibillion-dollar question is whether it will work. Prototypes may bring the U.S. closer to understanding its efficacy, but they do not paint a full picture. Additionally, the wall is estimated to cost about $70 billion dollars plus an extra $150 million annually for maintenance. That’s costly for a project that has no guarantee of efficiency or efficacy.

There are ways that the U.S. government can attempt to make this barrier more practical. The United States needs to find technology outside of physical barriers and border patrol agents if it wants to prevent undocumented persons from entering the country. However, this doesn’t mean that engineers worldwide haven’t found  ways to improve   a fence or wall border patrol system.

The good news is that technology like this already exists. European countries have been using sensor and camera technology to keep surveillance over their borders with hostile countries and  to analyze how intruders are already entering the country.

People are always going to find some way to cross the border, no matter how much money, time or effort is put into preventing it. This is the ultimate struggle, not only in the U.S., but  across the entire world. With large borders and the difficulty of maintenance and  upkeep on technology, it’s a nearly impossible task, but the implementation of technology will certainly help.

It’s important for the government to consider not only the financial impact that building a border wall will have on the U.S., but also the political impact it will have on Mexico.

Look back at other walls in history, such as the Berlin Wall. The Berlin Wall was the ultimate symbol of division, and a representation of the ongoing struggle between two conflicting societies. It stood for years as a burden to people living in both East and West Germany.

While the Mexican border wall isn’t exactly as intense a symbol as the Berlin Wall, it  certainly emphasizes at least one aspect: separation. Building this wall will send a message to Mexico, one that will not make the United States look diplomatic.

Trump’s presidency has been built on strong and forceful foreign policy, and the building of a wall is a testament to his entire presidency. This proposition will undeniably have a lasting impact on interactions between the U.S. and Mexican governments, and those interactions will likely not be positive.

More than 200 people died trying to cross the Berlin Wall, with guards in watch towers shooting anyone who tried. This is a precedent that cannot be allowed for this  border wall. Aggression complicates the entire situation for both countries.

The use of non-aggressive technology, however, may soften the blow the wall will have on the United States’ relations with Mexico. Though the wall is still physically imposing, non-violent surveillance technology may negate the amount of aggression at the border.

While the feeling of separation will always exist, technology like cameras and sensors can help apprehend  immigrants before they even attempt to cross the border, without the need for violence.

In the end, only time will tell the effect that the border wall will have on both the United States and Mexico.