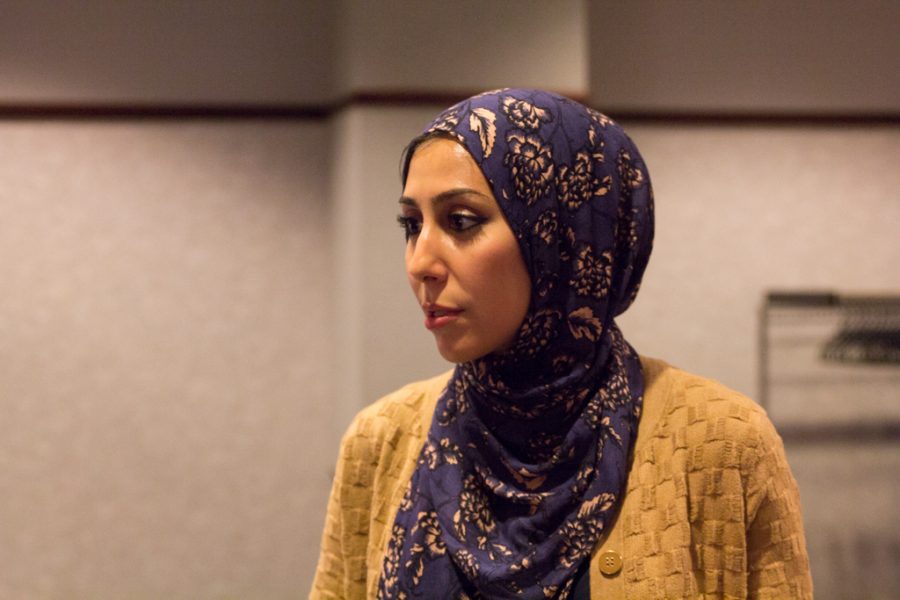 The position was created to provide students with guidance in their faith and feel included on campus.

“My priority is to serve the students: making sure all students have their needs met and feel included on campus, bringing everyone together and building community,” Musaitif said.

Muslim students make up about one percent of the student body. It’s important they have a resource on campus they can turn to, Faezh Dalieh, a junior in the College of Arts & Sciences, said.

Dalieh is involved in groups such as the Interfaith Coordinating Team, the Muslim Student Association and Students for Justice in Palestine. She adds that these organizations have helped her become proud of who she is.

While those groups have helped Dalieh in her faith journey on campus, she also recognizes the need for a Muslim campus minister, adding that hiring Musaitif was a step in the right direction.

“With how Islam is so negatively portrayed in the media, being a Muslim in America can be somewhat intimidating,” Dalieh said. “Though I myself know the beauty of my religion and how it teaches me nothing but peace and love, I feel that society looks at me differently no matter what.”

For her first project as a campus minster, Musaitif is organizing a biweekly group beginning October 26, open to all students, to discuss Muslim life on campus. The purpose of it is to provide a safe space for Muslim students and other students to discuss all topics related to Muslim life.