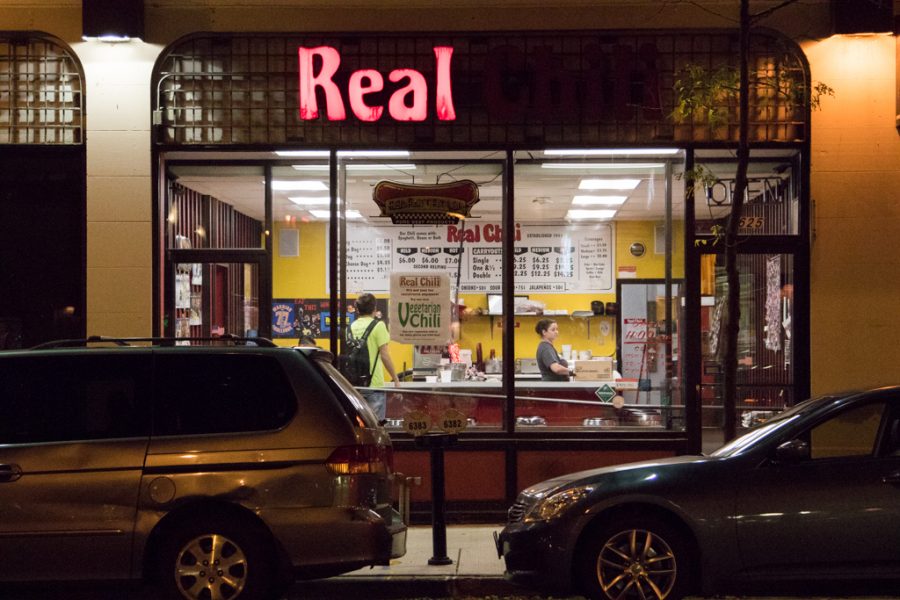 Real Chili's a late night hot spot for MU students, but their famous Marquette Warrior Challenge has come to an end. The challenge required consuming 77 ounces of food in 30 minutes.

The five-year-long Marquette tradition, attempted by Warriors, Golden Eagles, Badgers and countless other big-bellied thrill seekers, was put to an end earlier this year because of problems with intoxicated individuals and a grotesque amount of food waste.

“It turns out to be a big waste of food at the end of the day,” Brittany Barnett, Real Chili employee, said. “Usually, people that do it come in when they’re drunk, and it’s a huge mess. Half of the time they don’t even finish it.”

Barnett worked at Real Chili for nearly the entire lifespan of the challenge, and she’s seen some of the best and worst moments it had to offer.

“My favorite memory (is when) I had a Madison student, and a Marquette student do it side by side,” she said. “(The Madison student) literally did the bowl in eight minutes. He was the only one who didn’t get sick. It was the coolest and craziest thing I ever saw.”

On the flip side, she had one horrific story forever burned into her mind of person that had a bit of a problem holding his chili down.

The participant was doing the challenge, ran to the bathroom to vomit, and while he was there, a group of girls walked in and started eating from the bowl. He returned, vomit still present on his hands, and continued to chow down in attempt to finish in the allotted 30 minutes.

But, that wasn’t the worst part.

“(It was) the worst thing I saw,” she said. “He goes back to the bathroom, and more people come in and start to eat out of the bowl. It was disgusting.”

Despite that nightmare and plenty others, when I walked into Real Chili and asked to try the challenge one last time, management was happy to let me give it one last go.

They needed at least a one week notice to prepare my massive meal, but we were finally able to work out a date and time: Friday, Sept. 29th at 4 p.m. That would be the official death date of the Warrior Challenge.

The morning of, I ate my typical light breakfast, a cup of coffee and a cliff bar in an effort to warm up my stomach so I would go in hungry, but not completely empty.

When the witching hour was finally upon me, I anxiously but confidently strutted my way through the door as they began to pile on a seemingly endless stack of ingredients. Any confidence I had vanished when the nearly five-pound behemoth was plopped down in front of me.

I got off to a quick start, demolishing nearly a quarter of the total meal in the first few minutes. Barnett said it was one of the strongest starts she’d ever seen. I continued my furious pace until I hit a wall at around 10 minutes. Despite being over halfway done, my stomach could seemingly handle no more.

I tried pacing, burping, and hopping up and down to make more room, but nothing worked. Since I hadn’t really trained for a capacity challenge like this, my stomach couldn’t expand enough to hold 77 ounces of food.

I kept plugging along for the entire 30 minutes, getting closer and closer with every bite. But I knew it was hopeless, as the seemingly infinite amount of remaining chili refused to shrink.

The nail in the coffin came when a Real Chili employee, who they affectionately call “Spanky,” came by and disapprovingly shook his head while shouting out, “six minutes left!”

When the timer hit zero, I had about a quarter of the chili remaining. The last warrior turned out to be a failure.

The only good news: I was able to keep my chili down. Barnett mentioned it was rare that the person didn’t puke. That’s something to be proud of.

“That’s the closest I’ve ever seen somebody get without finishing it,” Barnett said. “I wish you could’ve won. But you know, it’s a hard challenge.”

Barnett said, that at times, she’s sad the challenge no longer exists.“It was a lot of fun while it lasted,” she said. But overall, she said that she believes the cost of the food and cleaning supplies far outweighed the benefits.

As for how I feel, I might not have an appetite for chili this winter.