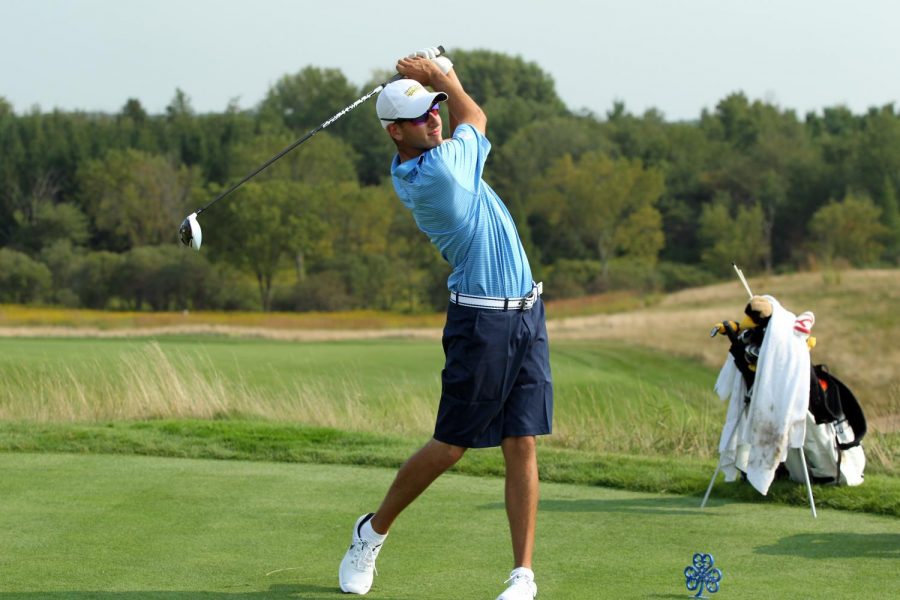 Much has changed in the athletic department in three years. Men’s basketball made its first NCAA tournament appearance since the Buzz Williams era. Women’s basketball went from nearly last in the conference to BIG EAST champions. Lacrosse has gone from a startup program to national relevance.

For junior golfer Austin Kendziorski, his game has undergone that same radical transformation – and all for the better. After only three fall season events, Kendziorski helped drive the men’s golf program to a No. 22 national ranking, its first ever appearance in the Golf Coaches Association of America Top 25 Poll. He also co-medaled in the Marquette Intercollegiate at the prestigious Erin Hills course and earned BIG EAST Golfer of the Week honors in the process.

“It’s huge (to be ranked No. 22),” Kendziorski said. “We’re really excited for the rest of the year. I feel if I just keep my nose down and keep grinding it out, and just keep in it, then if I play well enough to win individually, it will help the team win.”

Treacherous weather conditions pushed Erin Hills, which hosted the most recent U.S. Open in June, into uncharacteristically difficult territory last weekend. Despite those conditions the past two days, Kendziorski was still at the top of the leaderboard entering the final round of play, owning two strokes on Florida State’s reigning British Amateur champion Harry Ellis.

The medal race got more interesting after Kendziorski bogeyed the 17th hole. He needed a birdie on the 54th and final hole of the tournament, a 675-yard par five behemoth, to co-medal. After a smashing drive and several smart approach shots, the junior from Sussex, Wisconsin narrowly missed a long-shot eagle putt. Instead, he tapped the subsequent stroke in to secure a share of the individual title.

“It was definitely really tough out there,” Kendziorski said. “Winds were really high, and the course was set up really tough. I think it’s understanding that you put yourself in a good spot to compete, and if you get nervous, that means you did something right.”

Kendziorski’s co-medal was no fluke, either. Through the seasons first three events — The Badger Invitational, The Northern Intercollegiate and the Marquette Intercollegiate — he’s finished sixth, fourth and first in the individual standings, with blistering final scores of six-under-par, seven-under-par and three-under-par, respectively.

All of this represents a marked improvement. When Kendziorski played the same Erin Hills course his freshman season, he finished 21-over-par. In nine events last season, Kendziorski never finished better than two-over-par, and landed in double-digits in five of his nine tournaments.

Head coach Steve Bailey welcomes the improvement, although it is not necessarily that surprising. Bailey has been with Kendziorski every day to see the strides his player has made.

“It all started several years back with his work ethic, and what he’s done leading up to this year,” Bailey said. “I’ve never had a player as disciplined as he is, and puts in that much time and effort. And from where he’s come the last few years to where he is now, it’s been an impressive transformation.”

“It’s all attributable to his work ethic and the discipline he has each and every day,” Bailey said. “This is all the culmination of all that hard work, and I couldn’t be more proud of him.”