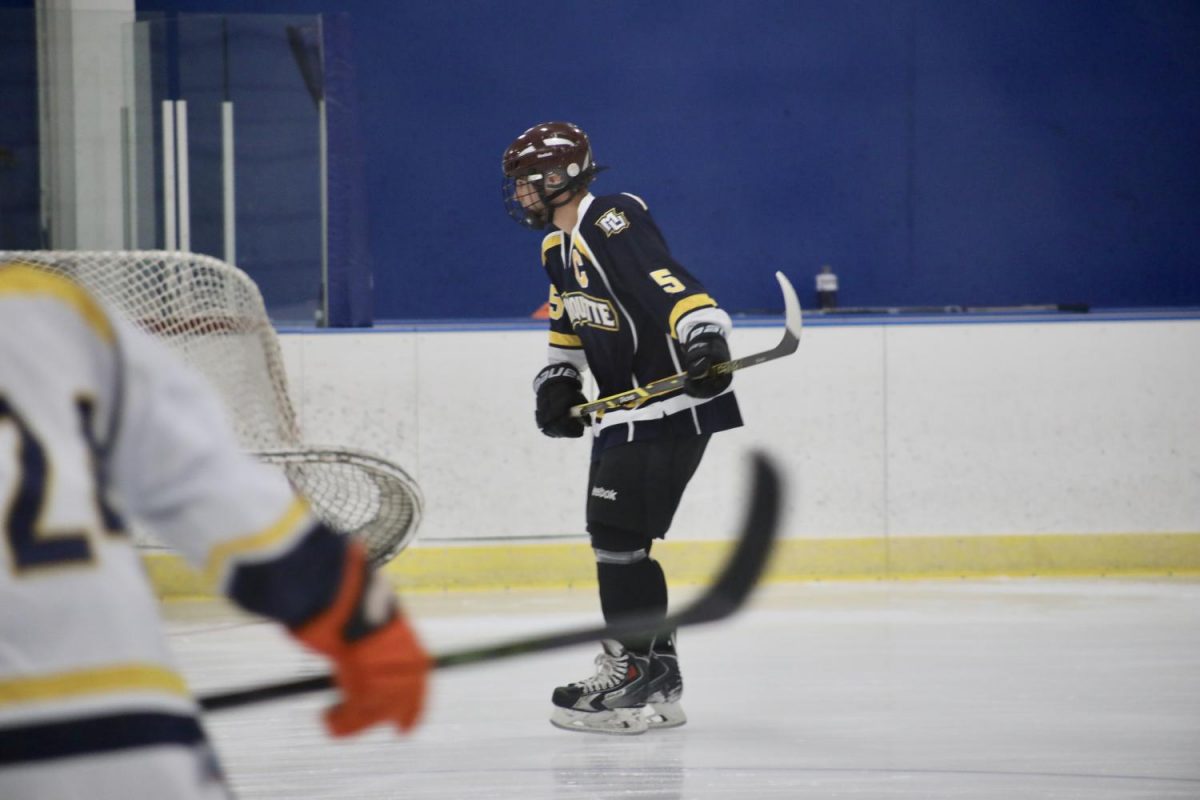 Injuries have forced Marquette hockey to get creative with its lineups.

After going 1-1 against Lewis University in its most recent weekend series, the Marquette club hockey team sits at 2-2 and is taking the bye week to strengthen its chemistry on and off the ice.

Marc Shipbaugh, one of the team’s top defensemen and the alternate captain, is still out for another two weeks with a fractured pinkie, but he is anxiously awaiting medical clearance to lace up his skates and return to the ice.

“I’m hoping to start playing after this weekend and play against Oshkosh,” Shipbaugh said. “We’ve never played against them, so we’re kind of going in blind.”

With a spectator’s view of the game, Shipbaugh is focused on building a rapport with his teammates and getting back on the ice.

“I want to gain some chemistry with the new guys,” Shipbaugh said. “I was one of the guys on the power play, so I’d definitely like to go back to that spot and be the ‘quarterback’ of that play.”

Marquette’s power play badly needs a quarterback. The team has not scored on a single opportunity this season. It’s another way that Shipbaugh’s absence has impacted the team.

“I would say he’s a big loss because he’s got a lot of experience and skill,” RJ Deneweth said. “He’s a great shooter, skater and stick handler.”

Deneweth, the sophomore defender who has been filling in for Shipbaugh, is also in uncharted territory. Deneworth usually plays as a forward and is used to shooting the puck as opposed to blocking shots. However, the recent role reversal is showing another side to his game.

“It shows that (the coaches and team) have put more trust into me,” Deneweth said. “On defense, you’ve got to be smarter. On offense, you’re more attacking. I’ve kind of got to change the way I play my game, which is typically aggressive.”

Deneweth played as a forward for the team last year and will return to the offensive line after Shipbaugh returns to the ice.

Junior forward Conor Coyne also missed both games last week with a rib injury that has not healed from the season opener against Notre Dame. He played the remainder of the Notre Dame game but has not played since. As one of the more experienced members on the team, Coyne views it as his duty to give the younger players feedback.

“I was able to help some of the new kids understand what we were doing wrong and why we were giving up goals,” Coyne said. “If we can understand that we need to get rid of the puck quicker, pass and shoot and score, I think we’ll be alright.”

The team feels they are finding their rhythm after the mixed start, which Deneweth attributes to senior leadership.

“I think their (captains and returners) attitudes have changed to a ‘win’ kind of mentality,” Deneweth said. “The young guys really look up to that and want to be just like them on the ice.”

Marquette will be on home ice this weekend playing UWM at the Ponds of Brookfield. The puck drops at 7:30 p.m. on Friday and 1 p.m. Saturday for a matinee.