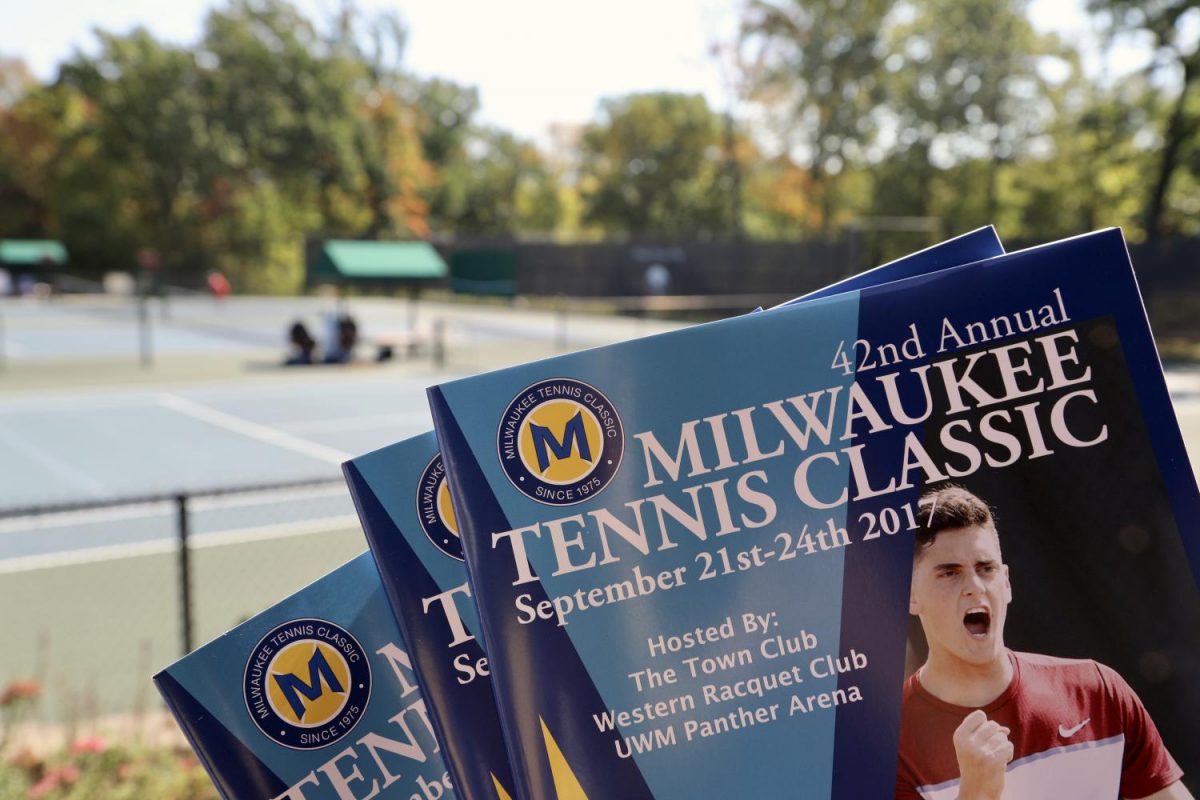 The Milwaukee Tennis Classic traces its roots all the way back to legendary Marquette basketball coach Al McGuire.

Most people associate legendary Marquette coach Al McGuire with his basketball accomplishments, particularly the 1977 national title that remains the program’s only championship to this day.

Far fewer people know him for his love of a different sport: tennis.

In 1975, Chas Mulcahy, a Marquette alumnus and current president of the Milwaukee Tennis Classic, went to McGuire, Marquette’s athletic director at the time, and asked for his blessing to hold the tournament. McGuire not only gave Mulcahy and his colleagues permission to go ahead with the their vision, but he went to the university’s administration and lobbied for its support.

Four decades later, those still involved in the Classic regard McGuire as the event’s co-founder.

“He was really instrumental in getting the athletic department and the university behind it in the first couple years,” MTC board member Timon Corwin said. “He was an avid tennis player and had some really strong friendships in the tennis community,”

McGuire left his mark on the Classic not only financially, but personally, as well, attending it for many years. The tournament’s founders returned the favor by naming McGuire an honorary chairman in 1982.

The classic quickly gained prestige and attention after McGuire put his name to it, as top players from all around the country flocked to Milwaukee over winter break to compete. After just seven years, McGuire proudly said, “The classic has grown every year until it now stands as one of the largest and most respected nationally sanctioned intercollegiate tournaments in the country.”

It’s quite possible that the support from Milwaukee tennis fans has exceeded even McGuire’s support. Fans travel to the Town Club in Brown Deer and the Western Racquet Club in Fox Point for the preliminary rounds, then pack the UW-Milwaukee Panther Arena downtown for the final.

Local families in the community do more than just watch great tennis — they also host players in their own homes. Instead of the competitors going to a hotel at the end of the day, they go home with a local family that has volunteered to take them in for a few days. These families, all of which are members of the Western Racquet Club and the Town Club, have housed players for 42 years.

“They’re eating at the clubs, they’re interacting with the children, with the adults,” Corwin said. “Both clubs are very tennis-centric. You’re really pulling together people who love watching tennis and people who love playing tennis. It’s a good fit.”

Through the Al Hurvis/ADAMM Education Foundation, the Classic strives to reach players who are not part of the tournament. Each year, part of the money generated from the Classic and its sponsorships fund eight scholarships for low-income students. Scholarship criteria includes outstanding academic achievements, leadership, community service and membership with their high school’s tennis team.

“It’s a great opportunity for the Tennis Classic to give back to the community with some scholarship money.” Corwin said.

For Mulcahy, one co-founder of the MTC, tennis was not only a hobby, but a passion. He was the No. 1 singles player at Marquette from 1955 to 1959 and continues to support tennis in the Milwaukee area. Mulcahy and his co-founders wanted the MTC to bring the tennis community together while giving back to younger students involved with the sport.

“To use tennis as a vehicle to enhance and enrich the lives of many disadvantaged kids that first of all would not have an opportunity to play that sport and second would not get the type of scholarship assistance that we’re providing (sic),” Mulcahy said.

The best thing about the Classic, Corwin said, is its rich tennis tradition in the Milwaukee area.

“I’d say the state has a big tradition in both college tennis, professional tennis, junior tennis,” Corwin said. “You’ve got this trifecta of community, the Milwaukee Tennis Classic, this rich history in tennis and then the university system all working together.”

In the years to come, the tournament’s board hopes to return the Classic to its roots by submitting a proposal to Marquette Athletics that the finals be held at the Al McGuire Center.

“That would be a great thing to have on campus,” Mulcahy said. “It would be open to students on campus. We’d make it a real celebration of this very prestigious tournament,”

When asked what McGuire would think if he were alive today about the growth of tournament, Mulcahy smiled and said, “He would be absolutely thrilled.”