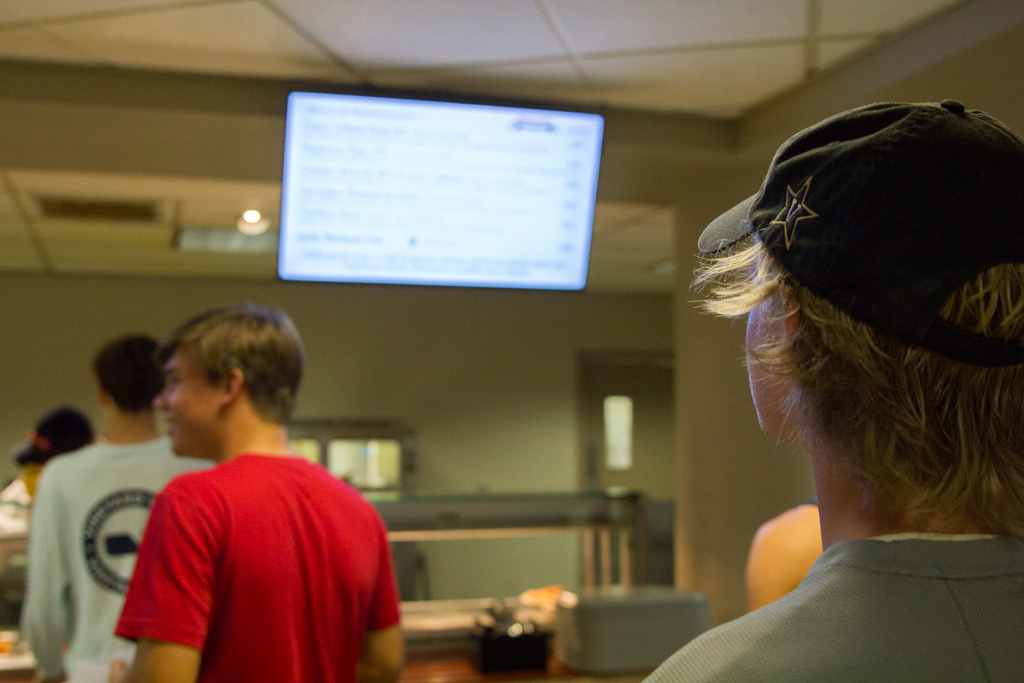 The dining halls are sporting new features this year, such as informational screens and 24/7 dining in the case of McCormick, but there is more to these additions than meets the eye. Marquette’s new contract with Sodexo includes pop-up restaurants each week, new menu items at every hall and more attention to dietary needs.

Sodexo has been on Marquette’s campus for 30 years, and the original contract was a series of one-year renewals until it expired in June. Rick Arcuri, executive director of business operations and auxiliary services, said that when Sodexo and Marquette drew up the new contract, they took it as an opportunity to consider years of student feedback.

“We drew a line, and we decided that it was time for a fresh start. We have had a number of different requests over the years that we’ve dealt with as we could, and the ones that we couldn’t, we held on to. We always kept a running list,” Arcuri said. “We went back to that list of things, and we said, ‘Okay, bring it all forward. Let’s go.’”

One of the most visible changes are the new screens in place at nearly every dining hall. Arcuri said that the screens were chosen because they grab people’s attention in ways that the old signs did not, which makes the nutrition information more accessible.

Some students, such Christina Ryou, a sophomore in the College of Health Sciences, appreciate the screens, but think there are downsides to them as well.

“(The screens) are nice, but I personally like seeing all the options at once instead of it switching from frame to frame,” Ryou said. “I honestly don’t see the need of having more screens and wasting energy that way.”

The screens were installed at every hall except McCormick and Mashuda, as both are closing next year with the opening of Wild Commons.

“It makes no sense to keep (Mashuda’s) dining room open when you’ve got 600 seats a block away. The dining room runs from 17th Street up through the building and across to 18th Street,” Arcuri said.

Upcoming campus pop-up restaurants include a ramen bar Sept. 28 and a creperie Oct. 11, both at Marquette Place in the Alumni Memorial Union.

“We do (a pop-up) every week now, and in the past, we only did one or two a semester. We’re really trying to focus on constant pace changers so that the students are always asking, ‘What’s next?’ We can make it exciting that way,” Donato Guida, general manager of Sodexo’s dining service at Marquette, said.

“This year I’ve kind of got the driver’s seat, so we put a lot of our own personalities in the differences from last year to this year,” Guida said. “We’re trying to reimagine or rebrand ourselves, even if it’s just logos or if it’s uniforms. We’re trying to enhance the experience and be real student-focused.”

New dining-related events also include a greater attempt to integrate the faculty and staff into the halls. In October, they will be invited to come into the halls for a lunch free of charge.

“Faculty and staff are part of the community, and that’s really what dining halls are supposed to be: a community center for the university,” Guida said.