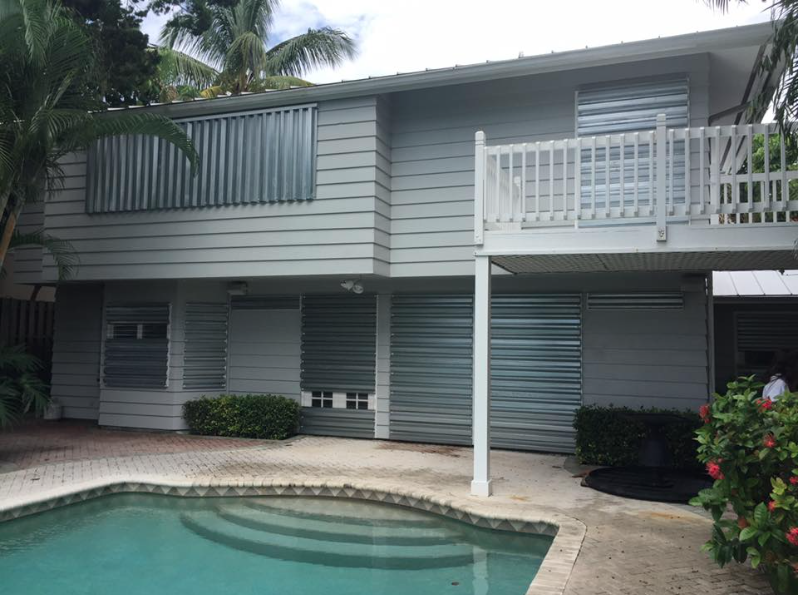 Sophomore Kelsey Harlow moved from Chicago to Miami in 2005, right before Hurricane Katrina hit. The College of Communication student thought nothing of the storm as a child, but with Hurricane Irma taking its toll on Florida, she understands how dangerous the weather can be.

Despite being 1400 miles from the path of Hurricane Irma, its effects are being felt by many on campus.

Harlow’s house in Miami is directly on the coast.

“I can see the ocean from my front door, so that’s how close to the water I am,” Harlow said.

Her mother lives alone with her two cats and dog while she and her sister are away at school.

“She’s alone, I’m here and my sister is in Pennsylvania,” Harlow said. “I said I’d go home to be with her, but she hasn’t taken me up on it yet.”

Jessica Belcher also has family scattered through the country. The senior in the College of Communication was born in Texas and grew up with her grandparents in New Port Richey, Fla., 30 minutes outside of Tampa Bay.

“Two states that I love so much are going through this back to back,” Belcher said in reference to Hurricane Harvey, which hit Texas last week.

Belcher’s grandparents evacuated to Heritage Springs, Fla., because their home is 11 miles off the coast.

“Part of me wishes I was there, but the other part of me knows it’s probably better that I am not there. I just want to help,” Belcher said.

The days leading up to Irma’s landing left many Floridians in anticipation.

Belcher said one part that bothers a lot of people is the waiting game that comes with a hurricane.

“A tornado comes and leaves, but this is a hurricane, and it sits and you are waiting and waiting for the impact to come,” she said.

“He is good at putting information out there and letting people know the truth. When a lot of people didn’t want to leave, Scott said, ‘We can rebuild your house but we can’t rebuild you,’ and that showed people how serious this is,” Belcher said.

Emma McDevitt, a sophomore in the College of Communication, lives in Siesta Key, Fla. Siesta Key is an island off the coast of Sarasota, at the very tip of the state.

“My house is specifically built on the ground, while most houses are built higher up because of hurricanes,” McDevitt said.

The McDevitt family prepared for Irma by putting up hurricane shutters, taking everything off the ground and evacuating. However, McDevitt still worries that her family’s house might be gone completely after the storm.