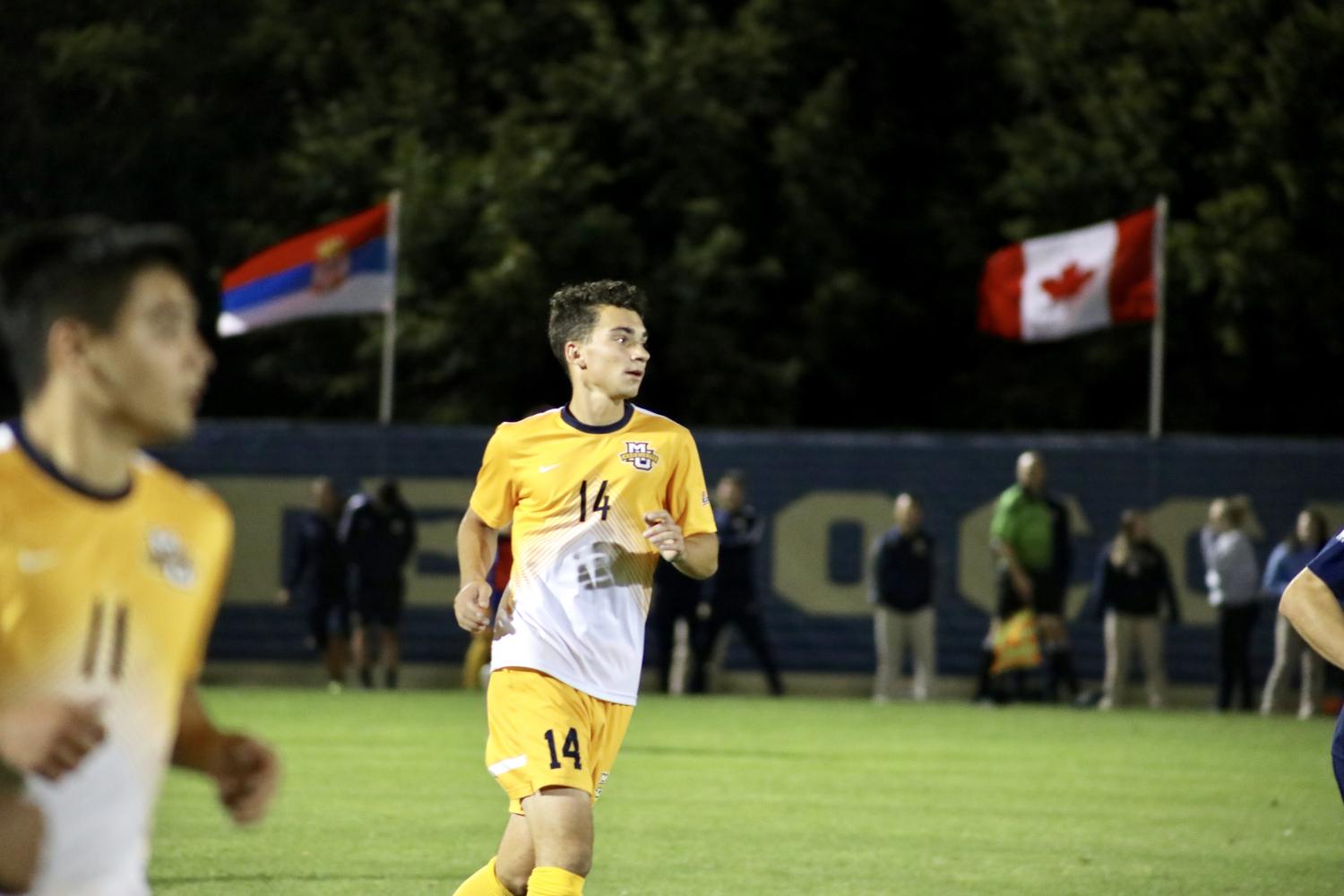 If there’s one thing Marquette head coach Louis Bennett knows, it’s that “soccer can be a beautifully cruel game.” That was the case Saturday for the Golden Eagles as they could not find the back of the net against the Saint Louis Billikens, losing 1-0 via a Lennart Hein penalty kick in the 72nd minute.

SLU controlled the game in the first half, outshooting Marquette 7-4; however, nothing was threatening enough to warrant concern from either side. In the second half, there was a sense of urgency from both teams, but particularly Marquette. Connor Alba had a shot in the 52nd minute that slid just past the post that nearly gave Marquette the go-ahead goal.

In the 65th minute, Brody Kraussel crossed in a ball and Luka Prpa headed it off of the crossbar and out for a goal kick. Despite the far better of the chances, Marquette simply could not find the back of the net, as Louis Bennett said after the game.

“We had some clear-cut opportunities, but we could not put the ball away,” Bennett said. “I would be very, very surprised if we have those kinds of chances that frequently in future games (and) we don’t win the game… Disappointing result, but I’m not disappointed in them.”

The Billikens took the lead in the 72nd minute when a miscommunication between Marquette keeper Luis Barraza and Brendan Skinner over who was to get the ball caused forward Anthony Brown to get past both. In a last-ditch effort, Barraza dove out and caught Brown’s leg, and the referee gave the penalty call. Lennart Hein stepped up and coolly placed it in the right hand corner. It was Hein’s second goal of the season and that would be the difference.

Marquette had a late chance to equalize in the 82nd minute, but freshman defender Manuel Cukaj’s header also careened off of the top of the crossbar.

Jason Davis made his Marquette debut, playing 65 minutes and created chances along the way, adding two shots on goal. Despite the loss, Davis feels that there is no reason why the team can’t bounce back.

“I think we’re gaining momentum and we’re gaining spirit,” Bennett said. “This is not going to knock us down; this is actually going to enhance our spirit. We’ll move on up with this.”