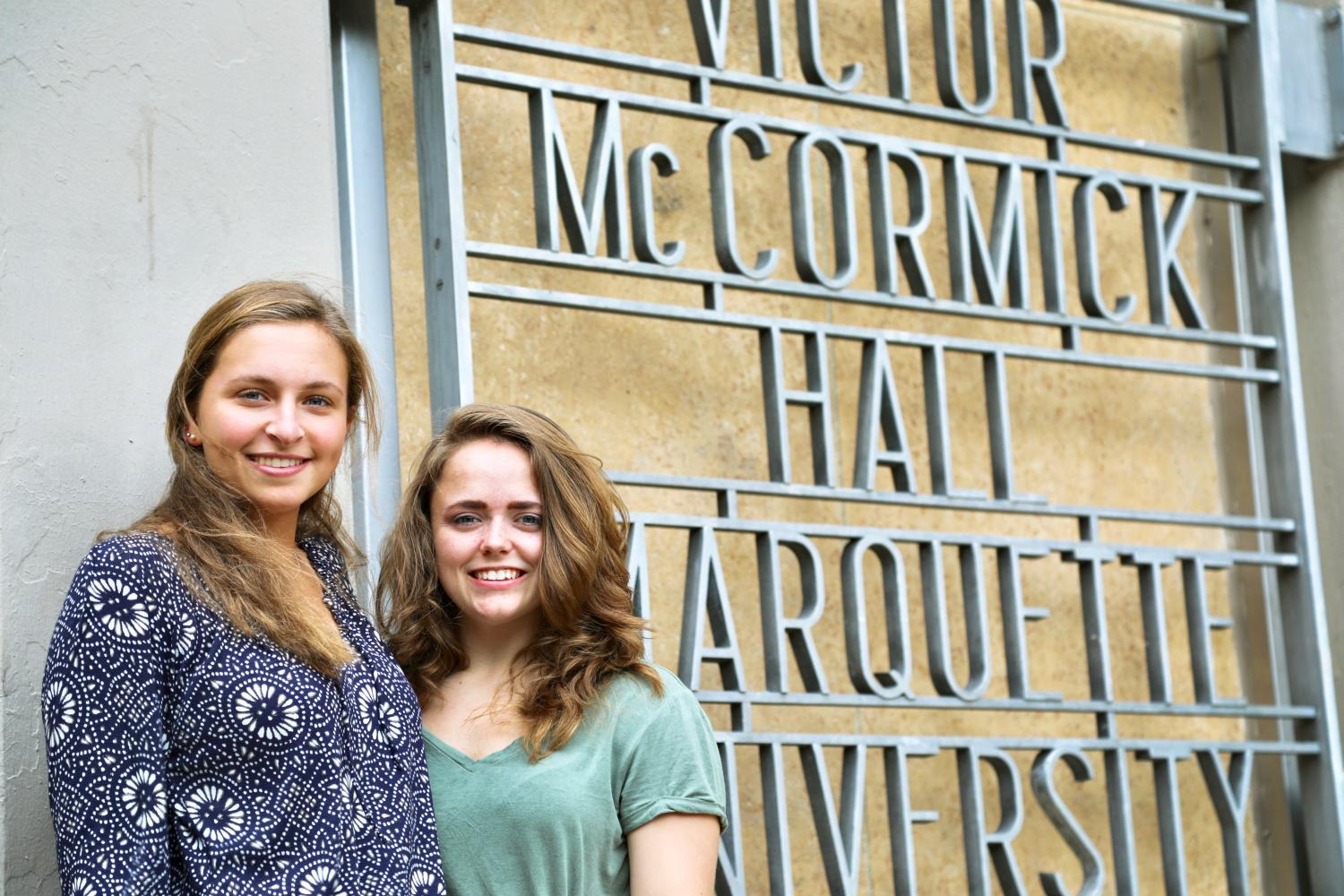 When Claire Torrance sat down for her first one-on-one conversation with her resident assistant at a Starbucks last fall, she thought their discussion was private — it was not.

Three times per academic year, her RA was required to submit resident information from their conversations to the online platform Roompact, which is viewed by the RA’s hall director and other Residence Life staff.

Torrance’s RA faced a dilemma many on staff will face this fall — whether to tell residents they are required to summarize one-on-one conversations to an online platform.

RAs are allowed to tell their residents about the practice, but many decide against it. Torrance’s former McCormick Hall RA, Sarena Christoffersen, now a senior in the College of Health Sciences, did not because she said it could harm her relationship with her residents.

“You want the relationship to be as natural as possible,” Christoffersen said. “You don’t want to go into it being like, ‘Hey look, it’s my job to write down things about you, so answer these questions.’”

But when residents do not know about the practice, Christoffersen said it poses privacy concerns for residents about who is seeing the information.

“Me writing it down so I remember it and know to check up on them, I don’t think any of my residents would disagree with that,” she said. “When it comes to putting it in Roompact and the hall director being able to see it, that might upset some.”

There are a number of reasons why RAs are required to make a record of their conversations with residents. Tracy Gerth, assistant director of Residence Life Education, said the process holds RAs accountable for building ongoing relationships with each resident.

“So there might come a time where the situation is beyond the ability of an RA to handle, and we have mastered levels in the buildings so they provide an additional level of intervention when appropriate,” Gerth said.

Midway through last year, Christoffersen slipped, briefly mentioning to Torrance she had to finish recording her resident conversations online.

Torrance, now a sophomore in the College of Nursing, was surprised. But the two had become close friends, and had been spending time together outside organized residence hall activities. Torrance trusted her.

For residents who are not friends with their RA, Torrance said their reaction might have been different.

“I’m sure there’s a handful (of residents) that would feel a little bit of an invasion of privacy,” she said. “I think they feel like they should have the right to know.”

One of those residents was Mark Curran, now a junior in the College of Arts & Sciences. His former RA in Schroeder Hall told his residents he was making a record of their information.

When Curran learned about the practice, he was alarmed that personal information was shared with people most residents did not know.

“I remember it being a little strange because these were personal conversations,” Curran said. “Those conversations that had the potential to be private to get recorded made me a little uneasy.”

Gerth said a number of RAs have voiced their concerns to her about the process of making a record of residents information. “Sometimes I feel like people feel like this is a really nefarious intent, and it’s really not designed to be,” she said.

Lexi Boudreau, who graduated this past spring, brought up her concerns about submitting resident’s information with her hall director.

“It’s not what I want to hear, because I think we should at least be having three conversations, but it should be more of, ‘I did this, we checked in,’” Boudreau said. “It shouldn’t be like, ‘This is what we talked about.’’’

Boudreau was an RA for six semesters at Schroeder Hall, and did not tell her residents about the process because she said it was not her responsibility to disclose that information.

She believes it should not be part of her job to figure out how to talk about the practice with her residents, and what personal information she was submitting to Roompact. Boudreau said the record keeping process should be disclosed to residents when they sign up to live in the dorms.

At the University of Wisconsin-Milwaukee, RAs are required to log information about residents, but they do notify residents about the record, Kelly Haag, UWM’s director of university housing, said.

Gerth said RAs are not required to disclose the notes to residents, and the format allows each RA to determine what level of transparency and privacy they deem appropriate for each resident.

“At the end of the day (RAs) are the ones that determine the information that goes into Roompact,” Gerth said. “If somebody discloses something that is very, very personal, that they are uncomfortable putting in there, there’s no way that I would know that.”

Christoffersen said the lack of transparency could be worth it if there is a possibility a hall director could help a resident.

“For the most part, most people are fine, and me logging those conversations isn’t going to change anything,” Christoffersen said. “But maybe for that one person it could really be important.”

Residents’ information is archived on Roompact for one year. How the information is stored has changed over the years because of security concerns. Unlike the method used during 2015-’16, Microsoft Sharepoint, once the information is submitted to Roompact, it cannot be edited. Gerth said if an RA is no longer employed, they are not able to view any information.

“For Marquette, we take the privacy and security very seriously, which is why we utilize Roompact, so it’s not in a mix-style document, so it’s not notebook, so it’s not on something that is easily accessible,” Gerth said.

Despite the security measures, Boudreau tried to protect her residents by keeping the information about them as vague as possible.

“I definitely filter what my girls have told me, and then filter that into Roompact,” she said. “If I was in their shoes, I wouldn’t want that done to me.”

At the end of the day, building a close relationship with her residents is the main concern for Christoffersen.

Her past resident Torrance said learning about the practice did not harm their relationship. If anything, she said it made her more understanding of the process because she knew it was happening.

“I think that it kind of strengthened the relationship I had with (Christoffersen),” Torrance said. “She is choosing to be honest with me.”