COLUMN: Get excited about this year’s Marquette basketball, but exercise caution 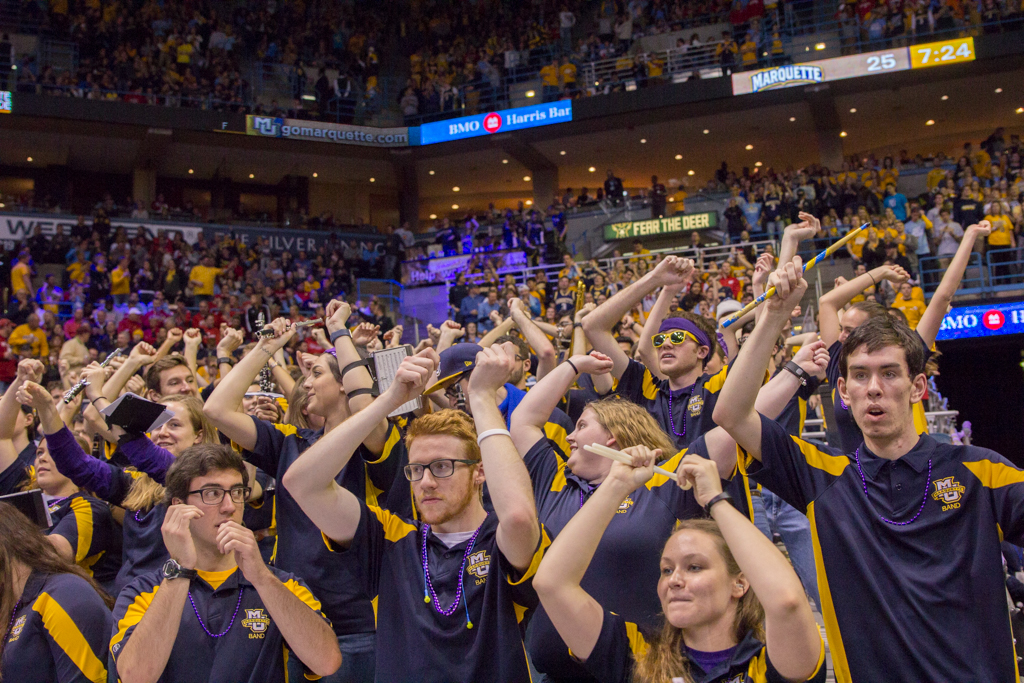 Back in mid-July, leaked shaky cam footage for the latest Avengers flick released. Not even one week later, Joey Hauser, the brother of 6-foot-9 Golden Eagles marksman Sam Hauser, verbally committed to Marquette.

In both cases, I was understandably pretty excited, as were a lot of other people. The problem, of course, is that the latest superhero team-up doesn’t hit maybe until May 2018 and 247Sports’ 35th-ranked recruit won’t don Golden Eagles attire until nearly five months after this year’s finals are over.

When it comes to college sports – and nerd culture, for that matter – patience is a virtue, especially when the best version of this team is still seemingly at least another year or two away. That’s the world college basketball fans live in, perpetually waiting for the timeline of hot recruits and rising stars to magically sync up for the perfect season.

I watched during my freshman year as an assuredly NBA-bound Henry Ellenson swam in the shallow end with promising young talent during a season that didn’t amount to much. At the start of last season, my sophomore year, the team reshuffled the shot distribution deck and was still months away from even knowing if  Joey Hauser would come. It was, by all definitions, a transition year.

This looks to be yet another transition year. Sure, head coach Steve Wojciechowski scored the team tickets to the big dance last year, but Marquette was never a consistently tournament-caliber team. For every inspiring upset of Villanova or Creighton, there was an equally uninspiring loss to a team like Georgetown or St. John’s; losses that no true contender would ever suffer. Yes, there are a few solid additions on this year’s team and the younger guys will probably get better, but that’s offset by the loss of sturdy vets like center Luke Fischer and guard Duane Wilson. On the surface, there doesn’t seem to be anything that makes this team significantly better than the entertaining, yet frustrating one that took the court last season.

Things could be worse, though. A transition year means it’s really fun to root for a starting backcourt with a 3-pointers per-game figure that nearly outnumbers their total height. It means the backup center might finally break out and add to his legend at Marquette, where he’s one Heldt of a folk hero. (I won’t apologize.) It also means watching a team try to overcome its obvious flaws to take on challenges that should be above their weight class. Bottom line: however you felt about last year’s Marquette team, you’ll probably feel similarly about this year’s.

It’s OK to get excited about the future, but don’t set your expectations too high for the upcoming season. Just enjoy whatever comes. The inevitable disappointment of a transition-year squad makes the surprises and small victories all the more satisfying, and the big victories, like, say, a court-storming win over No. 1 ranked Villanova, all the more spectacular.

Yes, the Markus Howard-Joey Hauser super team-up may yet be one year away. But there’s plenty of fun to be had in the meantime. Here’s to the transition year: the least anticipated, most satisfying season a sports fan can have.