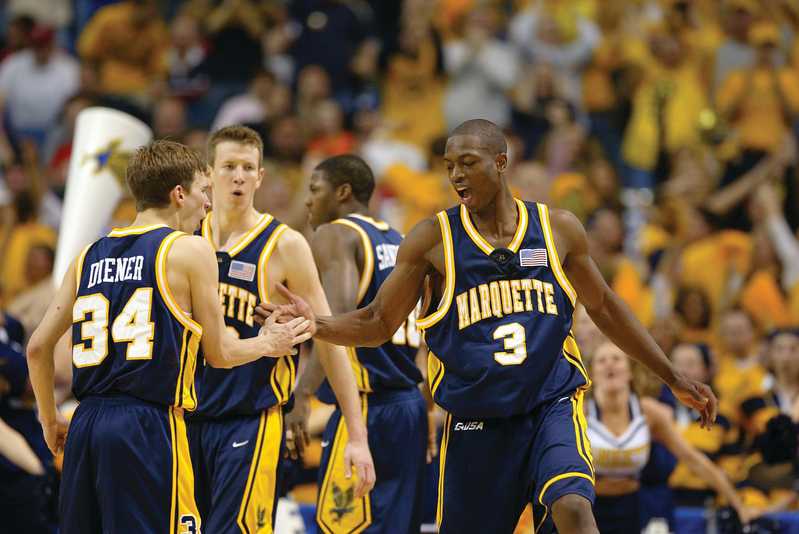 Travis Diener was part of Marquette's iconic run to the 2003 Final Four.

“I want to first thank Coach Wojo and Marquette for the opportunity to work with the program,” Diener said in a release. “At the end of the day, it was a perfect situation that I couldn’t pass up. I believe I can still compete at a high level.”

Diener, 35, will get to see some familiar faces when he gets to Cremona in mid-August including his cousin Drake Diener, who played at fellow BIG EAST program DePaul while Travis was at Marquette. There’s also a familiar presence on the sidelines in Meo Sacchetti, who coached Diener when he played on Dinamo Sassari before joining Marquette’s staff.

The timing also works out well for Diener to participate in the 2019 FIBA World Cup Qualifiers as a member of the Italian national team. Italy starts its qualifying schedule in November by taking on Romania. Diener gained Italian citizenship in 2012 and has seen action with the national team before..

Most Marquette fans know Diener from his role in the 2003 team’s run to the Final Four. He averaged 11.8 points per game that year, third behind Dwyane Wade and Robert Jackson. Diener also made the All-Conference USA team in each of his four seasons and finished his time at Marquette as the program’s sixth-leading scorer with 1,691 points.

“While he may be leaving the staff, he obviously remains a valuable member of the Marquette basketball family,” Wojo said in a press release. “We wish him the best of luck in Italy.”