Golden Eagles Alumni get blown out by Scarlet and Gray, exit TBT 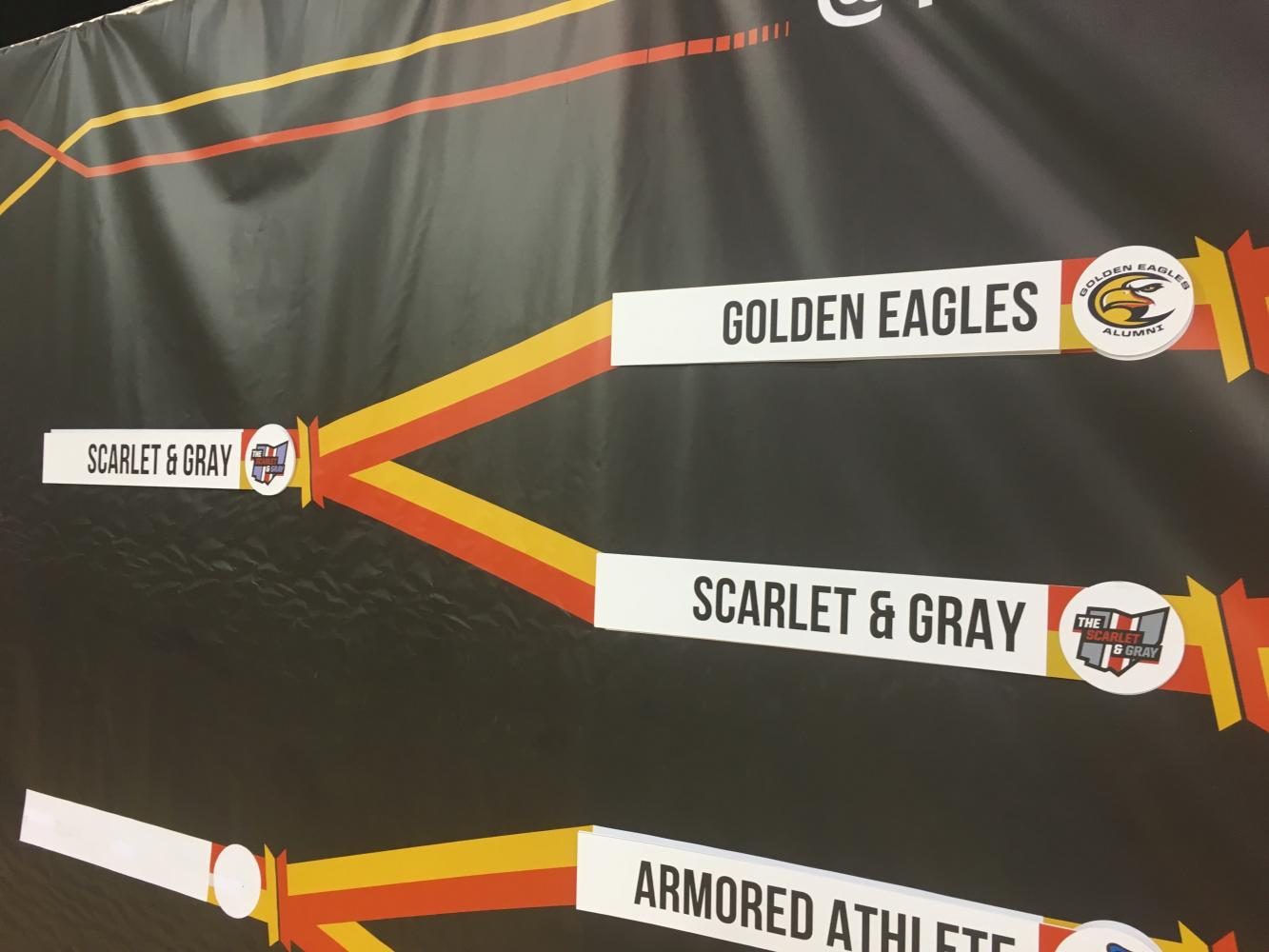 It was a brutal day for the Golden Eagles Alumni as their run in The Basketball Tournament came to an end in the Elite Eight for the second straight year.

This time, they bowed out 81-56 to the Scarlet and Gray, the Ohio State alumni team.

“We shot about as poorly as you can shoot,” Alumni general manager Dan Fitzgerald said. “It didn’t get much better in the second half either. (Scarlet and Gray) played really well — I’m not sure what they did to be honest. We just didn’t show up today.”

GEA’s players didn’t have many more answers than its general manager, especially in the second half, where they were outscored 52-32. Marquette shot only 31.7 percent from the field. Three-pointers, which usually provide a boost to the Alumni, instead hit iron on all but four of 25 attempts.

Alumni big man Davante’ Gardner, who scored 20 points in their victory over Purple and Black, found it more difficult to work against Scarlet and Gray’s Jared Sullinger, a former All-American and current NBA free agent. Although Gardner finished with 14 points, the rest of the offense was never able to feed off of him like they did in prior games.

“Usually we play inside-out, but they were clogging the inside so really we couldn’t do nothin’ (sic) and we were missing our three-point shots. That really hurt us,” Gardner said.

Sullinger also made his presence felt on the offensive end as one of four Scarlet and Gray players to score in double-figures. He finished the day with 15 points, eight rebounds and countless drawn double-teams, which created opportunities for everyone else.

The Alumni were down only five entering the second half after both teams struggled from the field. Marquette shot just under 30 percent, and Ohio State did not fare much better, shooting 33 percent from the field.

“We were struggling in that first half, but mentally you’ve got to be strong,” Sullinger said. “Defensively, we did a hell of a job, forcing them to take bad shots all day, and it just carried over into the second half.”

Scarlet and Gray went on a decisive 12-2 run to open the second half, after which the Alumni never got within 10 points of the lead. Five different Buckeyes scored during that run against an out-of-sorts Alumni defense, which allowed Ohio State to shoot 60.6 percent overall in the second half and a staggering 75 percent on two-pointers.

“It was manageable in the first half and then it got really bad. We weren’t playing well together, we weren’t getting good shots and (Scarlet and Gray) certainly was,” Fitzgerald said.

There seemed to be some fight left in the Alumni when guard Dwight Buycks swished a three from the right corner to cut Scarlet and Gray’s lead to 12 with just under 13 minutes left in the second half. Any thoughts of a comeback were quickly squashed by Ohio State guard Dave Lighty, who slammed home a fast break dunk to prompt a timeout from GEA. Lighty finished the game as Scarlet and Gray’s leader in points with 23.

Even when the game was close, Scarlet and Gray looked much more coordinated than any of the Alumni’s first three opponents, mostly owing to the fact that many of them played together in college under former Ohio State coach Thad Matta. Each off-ball action form the Alumni was met with a prompt switch from Scarlet and Gray, stifling any chance at an open shot. Ohio State’s length made it even easier for them — of the five guards on their roster, four are 6-foot-4 or taller.

That shouldn’t have mattered, Fitzgerald said. “We’re smaller than every team we play, but we pick up full court, and our defense is usually what starts our offense. They did a good job of taking care of the ball, and we didn’t get enough stops. Certainly want to give credit to them because they really showed up today.”

Darius Johnson-Odom led the Alumni with 15 points on 6-of-15 shooting. He was visibly frustrated all day and ended the game with a forceful windmill dunk, long after the result had been decided.
Two Ohio State players besides Sullinger and Lighty scored in double figures: William Buford (21 points) and Leon Rodgers (11 points). Rodgers also had 12 rebounds for Scarlet and Gray’s second double-double of the tournament.
Trent Lockett dropped out of the Alumni’s roster at the last minute, according to Fitzgerald. Lockett was listed on the roster both this year and last, but did not show up for any games. Last year’s absence was due to injury.
Dan Fitzgerald said he would “imagine” the Alumni would be back for another year in the 2018 TBT. “I’ll talk to the guys and see what they want to do. If they want to be back, I’ll certainly be there. It’s a lot of fun, and the TBT does a great job in putting on this event.