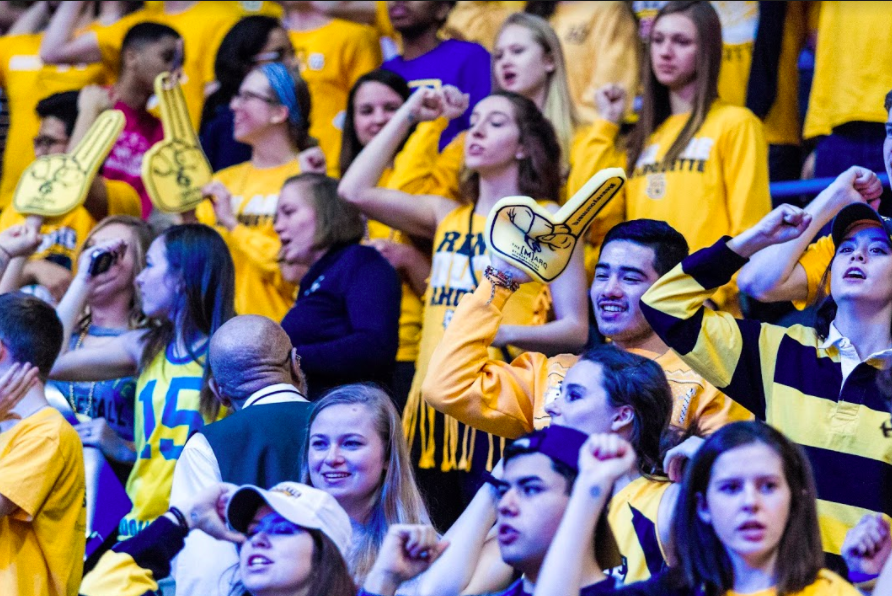 With the announcement of American as the 12th and final non-conference game of the year, Marquette has fully released its non-con schedule for the 2017-18 season.

Along with the annual game against Wisconsin, which is in Madison this year, marquee games will include home games against Purdue and Georgia. The matchup against Purdue is part of the Gavitt Tipoff Games, a set of games between the BIG EAST and Big Ten every November. The Georgia game is the second half of a home-and-home series. Marquette won at Georgia 89-79 last year.

The only other known opponent to finish last year in the top 100 of RPI is Vermont (45th). The next highest RPI was Mount St. Mary’s at 136. Eastern Illinois, Chicago State and Northern Illinois all finished 242nd or lower.

The only unknown remaining in the schedule is who Marquette will be playing in the Maui Invitational. While no date has been specified for announcing the bracket, the tournament announced the details July 19 in 2016 and July 28 in 2015. Possible opponents are Michigan, LSU, California, Notre Dame, Wichita State, VCU and Chaminade.

Marquette has played every non-conference opponent at least once prior to 2017-18.

GAME BY GAME ANALYSIS
MOUNT ST. MARY’S (Friday, Nov. 10): Fresh off a two-game run in The Big Dance, 2017 Northeast Conference champs Mount St. Mary’s actually provide a welcome and possibly beneficial season opener for the Golden Eagles. If recent history is to judge, the Mountaineers are a solid low-major team — they sported a KenPom ranking between 200 and 226 in four of the last five seasons. They’re the kind of non-conference opponent that fans who care about March resumes want their teams to play in November. For a randomly assigned package game tacked on to the Maui invitational, Marquette may have truly lucked out. – Brian Boyle

PURDUE (Tuesday, Nov. 14): Despite the loss of portly powerhouse Caleb Swanigan, the Boilermakers still like Marquette’s toughest non-con opponent this season. The Big Fella may be in the big leagues, but head coach Matt Painter has enough in his arsenal with returning vets in Isaac Haas and Vince Edwards to contend for a Big Ten title. Purdue is also bringing in the 27th-ranked recruiting class according to 247Sports, a class that includes two four-star small forwards. A win here could be an early resume gem for the Golden Eagles while a loss wouldn’t submarine their tournament hopes. – Brian Boyle

MAUI INVITATIONAL (Nov. 20-22): The Maui Invitational could give Marquette a chance for some quality non-conference wins. Four out of seven of Marquette’s potential opponents were featured in the NCAA tournament last year, while Cal was widely considered to be a snub from the tournament. Wichita State will most likely be the tournament’s best team, as they are bringing back the core of their MVC-winning lineup from last season. Notre Dame also promises to be a challenging foe, although they did lose four seniors.

There are also a few teams that are slightly less frightening in Hawaii. LSU went 10-21 last season, including a dismal 2-16 conference record. The Tigers are trying to revamp their program with new head coach Will Wade, but Wade will have his work cut out for him with senior guard Jalyn Patterson deciding to redshirt this year instead of playing. Then there is Chaminade University, who last year took on North Carolina and lost 104-61. – John Hand

EASTERN ILLINOIS (Monday, Nov. 27): By all measures, this is a pretty decent buy game. Eastern Illinois was 220th in the KenPom rankings last year and will return four of five starters. The Panthers did lose Demetrius McReynolds, their leading scorer from last year, so expect senior Montell Goodwin to take over that role. He averaged 14.3 points per game and saw playing time at three different positions. – Andrew Goldstein

CHICAGO STATE (Wednesday, Nov. 29): This game will probably be over before the first half’s under-12 timeout. Chicago State has been a sub-300 KenPom team for six of the last eight years including last year, when the Cougars only managed four Division I victories. According to deputy athletic director Mike Broeker, this a makeup game after the two teams’ scheduled contest was postponed last year. – Andrew Goldstein

GEORGIA (Saturday, Dec. 2): Last year, Marquette shot its way to an 89-79 victory in Athens, Georgia, knocking down 13 threes in the process. Expect a steady diet of senior forward Yante Maten when the Bulldogs come to the Bradley Center. Maten pounded the Golden Eagles in their first contest, scoring 24 points on 10 of 12 shooting. – Andrew Goldstein

VERMONT (Tuesday, Dec. 5): This game is a great match-up for Marquette in terms of a buy game and from an RPI booster. The Catamounts could be a true test for the Golden Eagles, as UVM returns four of their starters from last year’s squad that nearly beat Purdue in the first round of the NCAA tournament. They finished 63rd in the KenPom rankings last year, and in addition, went on a tear in the America East. Anthony Lamb will be a tough task to handle, as the 6-foot-6 Lamb will be aggressive on the boards as well as the rim, averaging 5.5 rebounds per game and just over 12 points per game. This is also a great set up for the following game against Wisconsin, as Vermont is a slower-paced team, ranking in the bottom 50 for in tempo. – Brendan Ploen

WISCONSIN (Saturday, Dec. 9): The annual match-up with Wisconsin is always the highlight of the non-conference schedule. This year is no different, as Marquette will make the trek west on I-94 to Madison. The always-dangerous Badgers return redshirt junior Ethan Happ, Khalil Iverson and will freshman phenom Kobe King. The past three years,the road team has won; the Badgers beat Marquette in 2014 and in last year’s contest. 93-84. Marquette’s last victory against Wisconsin came two seasons ago when then-freshman All-American Henry Ellenson stole the spotlight and a road win at the Kohl Center. Expect this game to be another close battle in this storied rivalry. The last ten contests have been split right down the middle, and Wisconsin holds the all-time series lead, 67-56. – Brendan Ploen

NORTHERN ILLINOIS (Monday, Dec. 18): Northern Illinois is a young team that Marquette is definitely going to have to watch out for. The Huskies are coming off a 15-17 finish last season and do not have any seniors on the 2017-‘18 roster, so this will be one of the younger teams in the country. They’ll also have to find a way to get by without Marin Maric, the now-graduated Croatian big man that grabbed over eight rebounds per contest. – Dean Bibens

AMERICAN (Thursday, Dec. 21): The American Eagles finished tied for last in the Patriot Conference with an overall record of 8-22. Junior college transfer Chiekh ‘CB’ Diallo, a former player at Kilgore (Texas) College, will try to boost American’s prospects. In 59 games with the Rangers, Diallo averaged 9.6 points, 2.2 rebounds and added 124 assists. Sophomore point guard Sa’eed Nelson, who played in over 94 percent of American’s total minutes, will join Diallo in the backcourt. – Dean Bibens

OPINIONS
Chris Reisner – Sports Staff Writer
Top college basketball programs shape their non-conference schedules to do two things: add wins to the record and build a case resume for March Madness. It appears that Marquette has constructed their 2017-18 non-conference schedule in a way that gives them a good shot at accomplishing both.

Of the nine known teams Marquette will play during its non-conference slate, four were ranked in the top 55 in RPI at the conclusion of the season according to the NCAA: Georgia, Purdue, Vermont, and Wisconsin. The latter three and Mount St. Mary’s also made the NCAA tournament last year.

Purdue and in-state rival Wisconsin are undoubtedly the biggest names on this schedule. However, with the Boilermakers losing star forward Caleb Swanigan and the Badgers losing four starters, these programs are by no means an unfeasible task for the Golden Eagles. With Marquette’s strong recruiting class and a developing core of returning players, every team on this respectable non-conference schedule is beatable.
Zoe Comerford- Sports Staff Writer
Overall, this year’s non-conference schedule should favor the Golden Eagles, consisting of tough competition to help prepare them for the rigors of the BIG EAST.

An early test will be the Maui Invitational, which includes Wichita State, Michigan and Notre Dame, three teams with national aspirations. Excluding this tournament, only two out of the remaining eight teams currently scheduled had a better KenPom rating last season than Marquette: Purdue was 19th and Wisconsin was 21st. Both were Sweet Sixteen teams from the 2017 NCAA Tournament. The Golden Eagles’ most challenging game will be against Purdue, a matchup that has not happened in nearly half a century.

Even though the Golden Eagles have lost four starters, they also are gaining four talented freshmen. The best outcome would be winning six out of the eight non-conference games, but with a new team anything is possible.