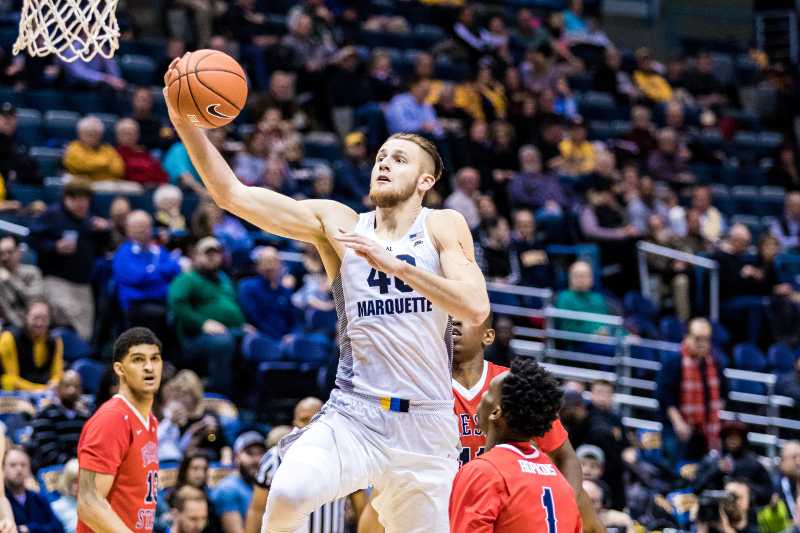 Luke Fischer will be moving to the Canary Islands to play professional basketball.

Fischer inks contract with Spanish team
Former Marquette men’s basketball center Luke Fischer announced Saturday that he has signed a professional contract with Gran Canaria, a team in Spain’s top basketball league. Gran Canaria is based in Las Palmas, the capitol of the Canary Islands, which are just off the coast of Morocco.

Fischer will be going up against the likes of FC Barcelona and Real Madrid, names known to Americans primarily because of soccer. Gran Canaria went 21-11 last season, good enough for seventh place and a playoff appearance in both EuroCup and the Copa Del Rey.

In 89 games for the Blue and Gold, Fischer averaged 10.3 points per game and 5.7 rebounds per game. He also shot 62.2 percent from the field. Fischer spent three years at Marquette after transferring from the University of Indiana. 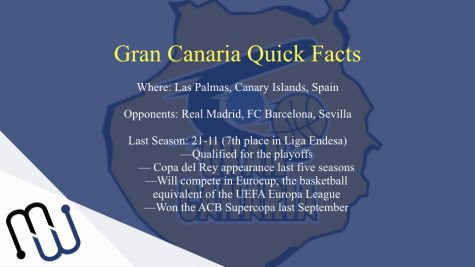 Ellenson has continued to shine as a Detroit Piston, averaging 17.4 points per game and shooting 44 percent from the field. His most impressive outing was a 29-point performance against Charlotte. The performance may move Ellenson one step closer to a more permanent NBA roster spot.

Cross country releases fall schedule
The Marquette cross country team has released its schedule for the 2017 fall season. Marquette will host the BIG EAST Championships at Dannehl Cross Country Course in Kenosha, Wisconsin, for the third time since 2009. Marquette will get three cracks at running at the Dannehl Course this upcoming season. They will race there Sept. 9 for the Godfrey Open, which will be hosted by UW-Parkside. They’ll get to go back to Kenosha again for the Lucien Rosa Invite Oct. 7.

Head coach Mike Nelson, who is entering his 11th year at the helm, told GoMarquette that going to the course two times before the BIG EAST will make a difference.

“I believe each meet builds upon itself and that each meet will leave us prepared for the championship portion of the season, which (sic) we have the honor and pleasure of hosting the BIG EAST Championships once again,” Nelson said. “It’s good to know a course well, and we are fortunate to get two good looks at the conference championship course leading up to the BIG EAST meet.”

The season will kick off  with a trip to Romeoville, Illinois as the Golden Eagles will compete in the Flames/Flyer Challenge. Next up is the annual trek to Notre Dame, Indiana, for the National Catholic Championships Sept. 15.

TBT training camp opens this week
The Golden Eagles Alumni will have training camp Wednesday through Friday at the Al McGuire Center. The camp will last three days, and the majority of the team is expected to be there. The two exceptions are Jamil Wilson and Trent Lockett, who are on Vegas summer league teams. GEA will square off against Midwest Dream Squad at Bradley University in Peoria, Illinois, Saturday, July 15. Should the Alumni win, their next game would be the day afterward.

Matt Velazquez of the Milwaukee Journal Sentinel announced Saturday night that he will be taking the Milwaukee Bucks beat reporter position. Velazquez has been covering Marquette men’s and women’s basketball for three seasons and will take over for long time Bucks beat reporter Charles Gardner, who covered the team for more than a decade.
2018 recruit Khavon Moore listed Marquette in his top 12. Moore, a 187-pound forward from Macon, Georgia, is listed as the 44th best player in the class according to 247 Sports.