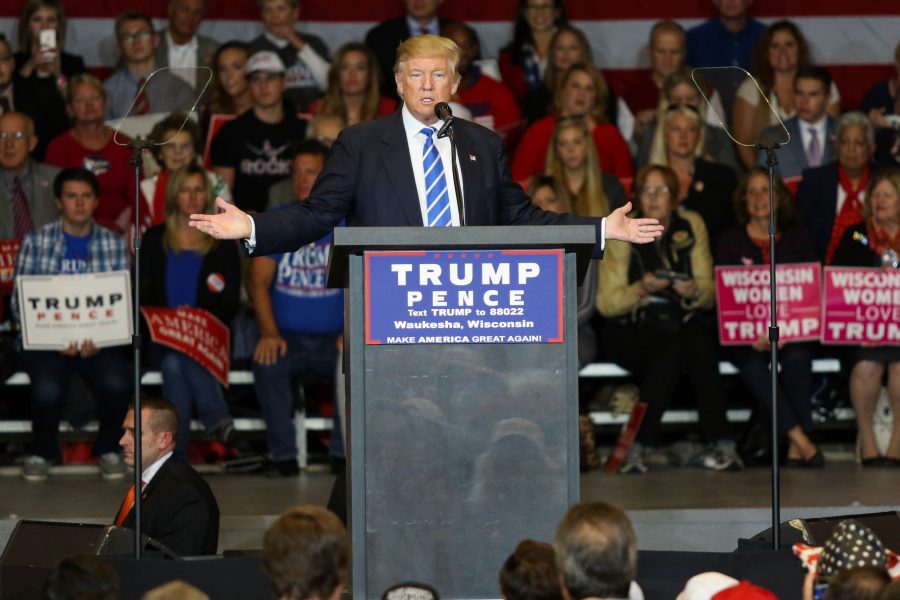 Instead of attending the annual dinner, the President hosted a very Trumpian campaign rally to, as Fox News graciously reported, “mark promises made and promises kept during his first 100 days.” In addition to slamming the media, Trump also spoke about China and the Paris accord. He even read a bit of poetry that some might remember from his campaign trail. Yes, “The Snake” was read on Trump’s 100th day in office.

Although it is unsettling that Trump refused to attend the correspondents’ dinner, it is not unexpected or unprecedented. Six presidents before have skipped out on the dinner, and with Trump’s fake news crusade in full swing, it’s amazing anyone expected him to go in the first place.

Trump’s absence at the event, however, solidifies two already apparent but increasingly disturbing truths about his character: first, he is terrified of criticism, and second, he has absolutely no time for anyone who disagrees with him.

Did we forget the last time Donald Trump attended the correspondents’ dinner? He’s still losing sleep over the humiliation he suffered at the hands of President Obama and Seth Myers in 2011.

President Obama pulled up a photo of a then-hypothetical Trump White House. A massive tower above it read “TRUMP” in block letters, Mara-A-Lago-looking guys golfed in the front yard and pretty women in bikinis relaxed in the water fountain drinking champagne.

Myers didn’t hold back either, joking that he was surprised Trump wanted to run as a Republican because he “just assumed he was running as a joke.”

Trump sat there that night with pursed lips and a stone-cold scowl. I don’t even think he touched his food. It’s rumored that Trump decided to run for the presidency that very night just to get back at everyone, although he denies the claim.

If Trump had been at the dinner this Saturday, we would have seen that familiar pout again. Imagine the President’s reaction when comedian Hasan Minhaj joked, “Frederick Douglass isn’t here, and that’s because … he’s dead. Someone please tell the President!” or, “Every time Trump goes golfing, the headline should read, ‘Trump golfing. Apocalypse delayed. Take the W.'”

The truth is our President can’t handle being targeted by criticism or jokes. Trump may have skipped the dinner on Saturday because he hates the media, but also because he simply couldn’t have handled it.

He lacks self-confidence, is terrified of not being respected and desperately tries to show dominance as a defense mechanism. It’s why he immediately takes to Twitter every time he reads something negative about him. It’s why he said this week in an interview with Reuters he feels trapped and misses his old life. It’s why he aggressively pulls people in when he shakes hands and sternly stares them down eye-to-eye.

Rather than attend an event where he was sure to be the butt of every joke, the President opted instead to continue his series of rallies in states he won last November, this time in Harrisburg, Pennsylvania.

Almost one year ago this week in Harrisburg, Trump promised Americans he would win so much they would beg him to stop winning. Maybe he was worried and checking in.