BAKER: ‘Hamilton’ inspiration for our stories beyond Marquette 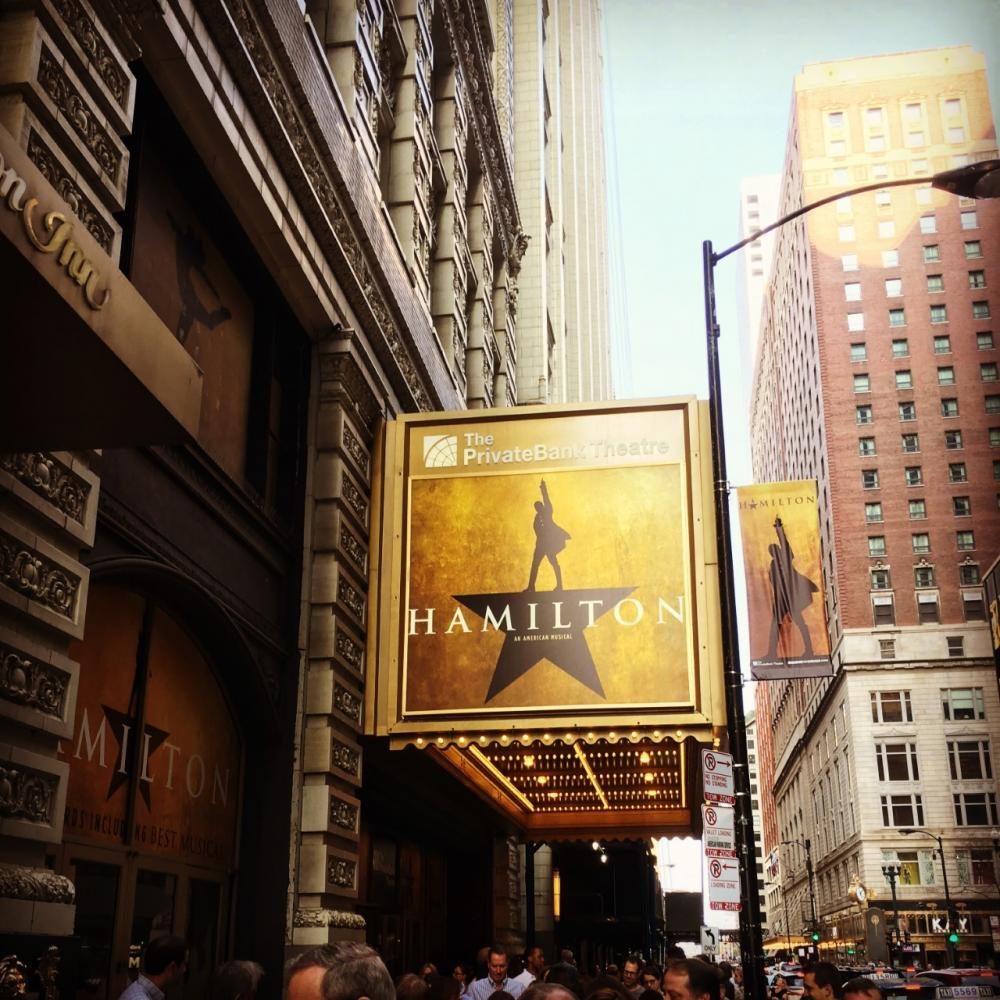 Last year in one of my journalism classes, the instructor gave us a valuable piece of writing advice: You can’t write about a personal experience until it’s over. You have to give yourself time to reflect on what you’ve been through before you can put it into words.

Well, I think I’m finally ready to put down on paper my feelings about an experience I went through the past six months — my obsession with the musical “Hamilton.” The songs of this Broadway show have been the soundtrack of my senior year. The familiar lyrics I’ve had stuck in my head since fall, however, have recently begun to take on new meaning for me during this year of anticipated change, especially now, just weeks from graduation.

Alexander Hamilton’s rise from orphan immigrant to Founding Father has captivated me every time I open Spotify, as if it’s a story of fiction, not of the American Revolution I learned about in fifth grade.

Admittedly, I was late to the party. When it debuted on Broadway in the summer of 2015, “Hamilton: An American Musical” was an immediate hit. It won 11 Tony Awards and the 2016 Pulitzer Prize for drama. In November, “Hamilton” set a record for the most money ever made in a single week by a Broadway show.

When I began listening in the fall, I loved it for the same reasons everyone else does: Lin-Manuel Miranda’s classic-rap infused style, the racially diverse cast, the overall entertaining telling of how our nation came to be and the fascinating life story of an unsung hero of the Revolution, Alexander Hamilton.

I’m still blown away by the genius that is this musical, but now, six months have passed since my obsession began. It’s May 2017, and worries about graduating, finding a job and saying goodbye to my best friends and Marquette have taken the place in my mind where lyrics to “My Shot” and “Take a Break” used to be. Back in November, these major events seemed far away, and thinking about them didn’t make me anxious. Now, it’s finally becoming real – these changes are heading for me whether I’m ready or not.

“Hamilton” ends with a final song by Alexander’s widowed wife Eliza explaining how after his murder by Aaron Burr, she kept her husband’s legacy alive and told his story.

Weeks away from receiving a degree in journalism, I feel like I’m always talking about the importance of telling stories. But how can I be qualified to go out into the world and tell others’ stories when I’m still figuring out my own? These past four years at Marquette have been only the beginning of my story, and I don’t know what comes next.

Alexander Hamilton was a powerful writer whose amazing way with words allowed him to influence history. From this man who wrote like he was “running out of time … like tomorrow won’t arrive … like you need it to survive,” someone who didn’t throw away his shot, I’ve learned that maybe we don’t have to wait for the end of a story to start telling it. For us seniors, college graduation doesn’t have to be a story’s beginning or end. We might feel stuck, frozen with fear, but that shouldn’t stop us from taking a bold step into our next chapter. There’s still a million things we haven’t done, but just you wait.