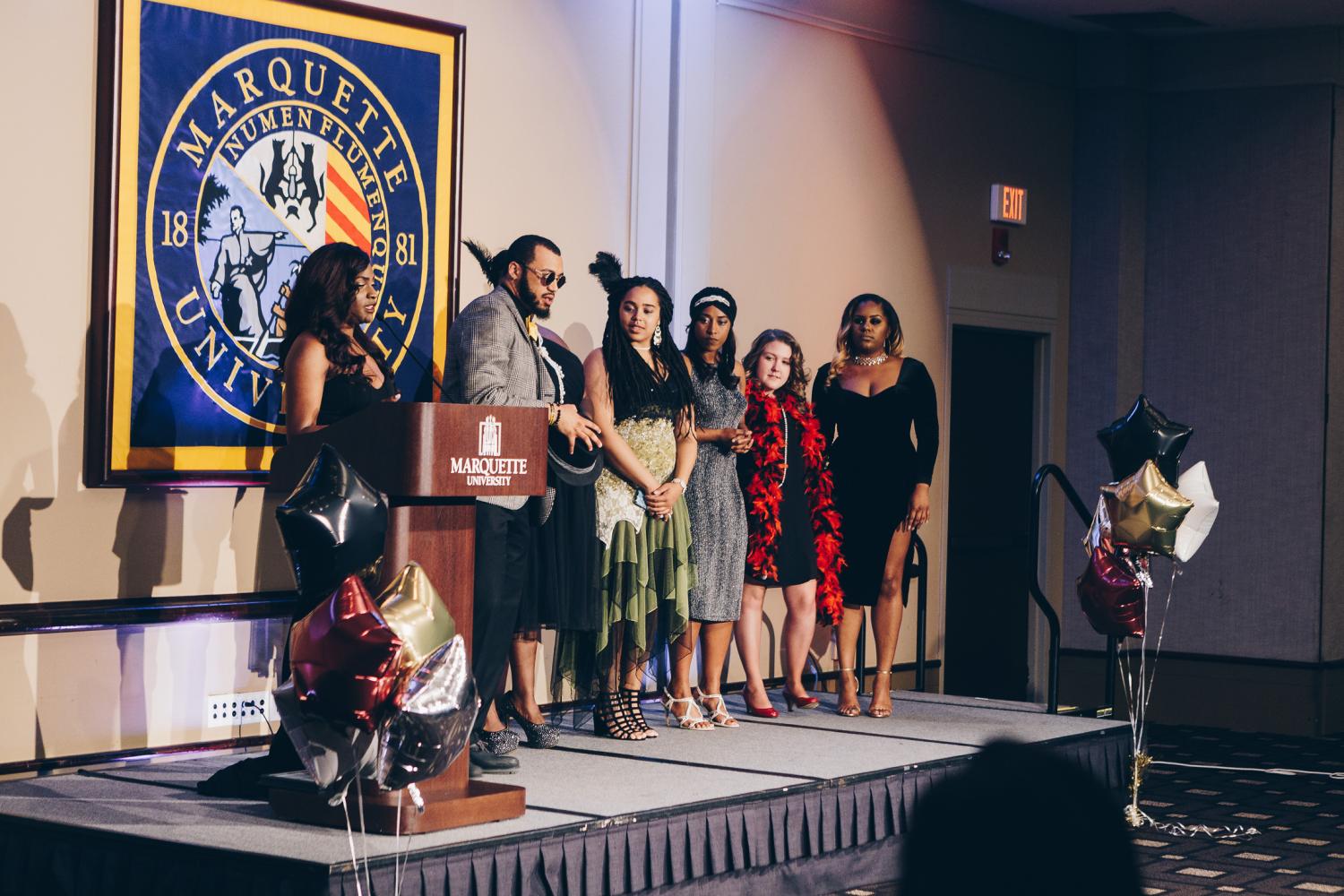 Students gathered over the weekend to celebrate black excellence by busting a move on the dance floor at the second annual Ebony Ball in the Alumni Memorial Union Ballrooms.

“There’s so many people like you,” Erica Jackson, a sophomore in the College of Arts & Sciences, said. “So much melanin.”

Black Student Council hosted the event, which consisted of an award ceremony to acknowledge student leaders, a buffet dinner and a dance.

Cate Sullivan-Konyn, a sophomore in the College of Arts & Sciences and treasurer of BSC, said it was the final event of the year, and it was their way of going out with a bang. “It’s so clear that students want to come out to celebrate black students,” she said.

“It’s an awesome way to end because (BSC) really stepped up their game this year,” Sullivan-Konyn said. She spoke proudly of how the BSC executive board worked to make the event a reality. Sullivan-Konyn hired the photographer, BSC vice-president Chris Booker was the DJ and Jasmin Young, BSC president, worked tirelessly to thread all the components together.

The Black Student Council estimated more than 100 students were in attendance. All students were dressed in elegant dresses and suits to match the formal dress code. Some mingled in the low lit ballrooms and a few posed for pictures in a photo booth, but the majority were on the dance floor.

“The vibes are so good,” Sullivan-Konyn said.

Many other students expressed the same attitude toward the community the event created.

“I think it’s important for any minority to have a safe place,” Lauren Gabourel, a sophomore in the College of Arts & Sciences said. “It’s easy to diminish our work when there’s no one like you around.”

Aeronna Dowdy, a sophomore in the College of Communication, said.said her favorite part was the hip-hop music because she often doesn’t hear the type of music she likes on campus. Crowd favorites such as Chance the Rapper and Migos played throughout the night and kept the dance floor full.

“You can really vibe with it,” Dowdy said.

Dowdy sat with two of her friends, Kennedy Perkins and Kennedy Furnace, who had to take a break from dancing so much.

“It’s one of the few times we all come together as a community,” Perkins, a sophomore in the College of Communication, said.

Furnace, a sophomore in the College of Arts & Sciences, said that because there is a small number of black students on campus, it’s sometimes hard to feel included. Attending the ball was her way of making the importance of the event known. “We can’t complain about lack of inclusion if we don’t show up,” Furnace said.

Perkins said she didn’t attend last year’s Ebony Ball. She thought it was more of a ceremony and didn’t know she would have so much fun, she said with a smile.