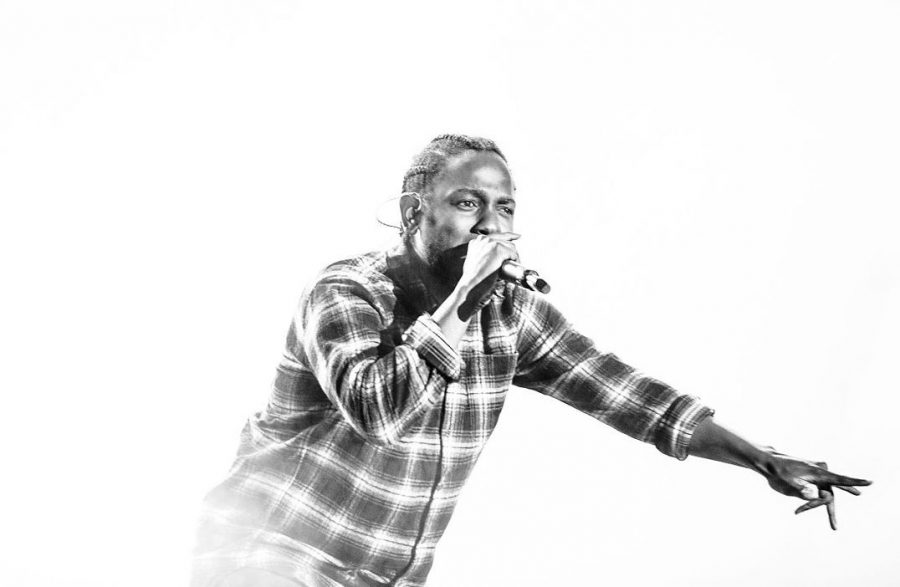 It almost seemed unfair to ask for anything more. Kendrick Lamar has been on top of the hip-hop world for quite some time now. With the releases of “Good Kid, M.A.A.D City,” “To Pimp a Butterfly” and “Untitled Unmastered,” he’s been on fire for years.

So when his newest album, “DAMN.,” was announced, most fans were ready to have their minds blown yet again. That’s just the standard for running the show.

But that doesn’t mean it’s not selfish to expect greatness. To simply expect excellence can be unrealistic, so I was wary going into the album. Have no fear though, because the king has delivered another classic.

Here are some of the highlights from “DAMN.”:

It didn’t take long to surprise listeners. Kendrick comes right out of the gate with maybe the most thunderous banger on the whole album.

Before listeners are even a little bit prepared for the typical density that a Lamar album provides, he hits with hard bass and all-caps lyrics.

This is like giving up 13 goals in the four minutes of a hockey game. That’s how I felt after this song.

I love the chorus on this song. The passion is present in this one.

It’s groovy, and even through the beat switches, drum kicks and other chaos, Lamar keeps the flow consistent. At the end, the beat slows down to a chopped and screwed pace, but I got a rush from this track.

The beat in this song has a dusty feel. Lamar arrives with a quick flow, and he’s speaking truths.

There’s a natural yet honest energy to his lyrics here, as that’s how I would best describe this song. It’s simple and straight-forward.

Everything he is saying has sincerity. It gives a rare snapshot into Lamar’s reclusive mind.

The flow is absolutely ridiculous on this song. It’s one of those signature tracks that only Lamar could rap. It’s also my personal favorite.

Rihanna raps on this one! And honestly, she crushes it. It’s probably the most radio-friendly song on the album, with a smooth R&B vibe. Not much more to say about it than that, but it’s a fun listen.

There is an eerie calm to begin the song. Lamar starts rapping and it sounds dreamy.

It doesn’t sound very “lusty,” but the rhythm is catchy. “Wake up in the morning thinkin’ bout money kick your feet up / Watch you a comedy, take a sh-t, then roll some weed up.” Catchy.

By this point on the album, Lamar has already said all there is to say. There’s nothing left for him to prove.

Alas, the drum hits and the soulful keys kick in. Lamar raps about whooping on his child, probably from his father’s perspective.

It has a melancholy tone, but he paints exquisite imagery with his words. He dives deep into his thoughts and raps about the fear that comes with being Lamar, arguably the best rapper in the world.

Not only is the flow supreme, but the narrative that Lamar spins is enough to leave one speechless. “Whoever thought the greatest rapper would be from coincidence?”

All hail the king.