EDITORIAL: MUSG must do more to advertise vacant Senate seats 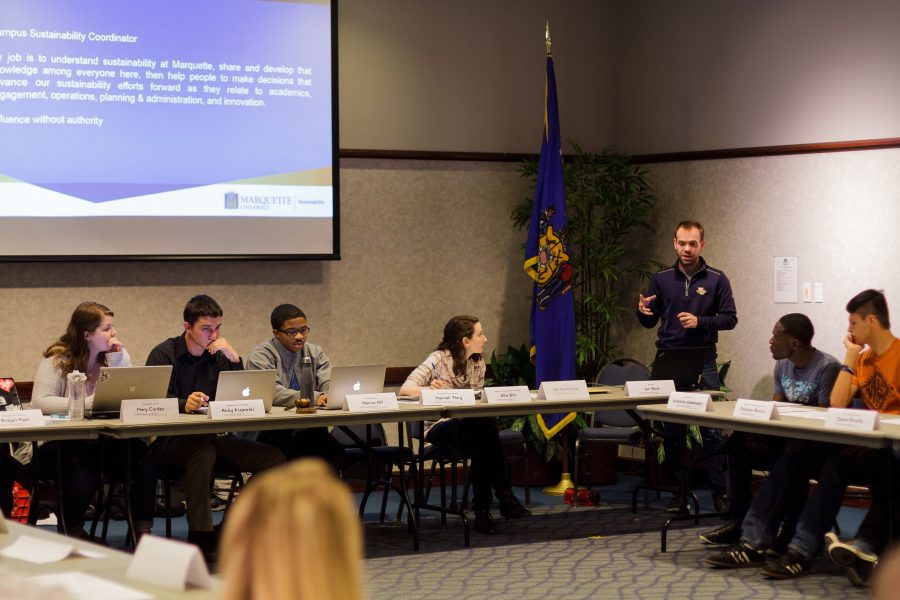 If you were among the 23 percent of students who voted in the MUSG election March 31, you probably noticed a blank space or two where the name of a candidate for Academic Senate should be. Of the 14 senator positions available, only three students — from all colleges combined — ran for a seat.

The student body clearly lacks a general awareness about the Academic Senate positions. When there is nearly zero interest in taking on these roles, we lose our right to choose who represents us in MUSG.

The MUSG Constitution dictates the legislative vice president to work with college student councils and appoint students to fill these vacancies. Ben Vazirani, outgoing academic senator for the College of Arts & Sciences, said he would have never joined MUSG had one of his friends, already a senator, not recommended the position.

This is not a new problem. In the 2016 spring election, Academic Senate candidates ran unopposed in six of the races, leaving six vacant spots. Elections coordinator Corie Cochran said MUSG regularly has open Senate seats on the ballot.

MUSG members generally look to fill vacancies year round. “People don’t know a lot about MUSG and as a result won’t get involved,” Vazirani said. “Decisions we make on Monday nights (at Senate meetings) do have a major impact, and people don’t really realize that.”

The Academic Senate cannot serve its purpose when students run for only half the open seats. For the new administration inaugurated last week, educating the student body about the Senate should be a priority. MUSG must initiate a plan to ensure students are aware that they are represented by more than just the president and executive vice president.

MUSG needs to do a better job of advertising the senate races like it does the presidential race. Current senators should work with professors and administrators to let students know they can represent their college. Simple strategies like college-wide emails, social media posts, advertisements around campus or class announcements would get the word out.

To truly represent student concerns, opinions and ideas, MUSG must fix this problem in the Senate. When more students know about the important job of senators, interest in these positions will grow. Competition for the seats will increase, forcing candidates to campaign and reach out to students in the colleges to understand their needs. Only then will students have a real choice in who represents them.