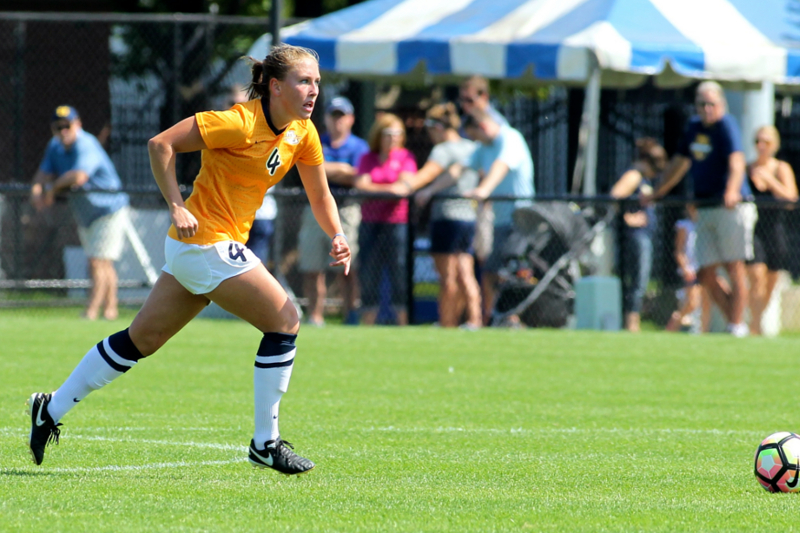 The challenge for Marquette women’s soccer this spring is moving forward without a remarkable class of 10 seniors who finished their careers in the fall.

“We try not to worry about what players we don’t have anymore and really try to see how we move forward with what we have now,” defender Madison Dunker said. “We have 22 players that are completely able to fill those shoes. Obviously they’re big shoes to fill.”

Despite having 10 seniors, last season’s squad struggled in the spring, failing to win a single game. This season’s squad has come out of the gates strong, scoring two wins and a draw in their first three matches.

“What we did last weekend was fun because we got the results,” head coach Markus Roeders said. “But I think some things that we weren’t 100 percent sure if what we did in practice would translate onto the field against somebody else, they actually did.”

The Golden Eagles opened the spring season with a 1-1 draw at Valparaiso. They followed it up by soundly beating Iowa State 2-0 and UW-Milwaukee 3-0.

“I think that a lot of people were worried. We lost some big players obviously,” Dunker said. “But we really have been working hard in the spring, and I think we proved to a lot of people that we have the ability to be successful, and that’s just the start.”

The win over UWM was as significant as spring season victories go, considering Marquette hasn’t earned a win over their cross-town rival in either the spring or the fall since September 2013.

Both Roeders and Dunker believe the team’s identity as a hard-working, energetic, young team has pushed them forward through this transition.

“Overall, I would say there’s just a level of youthful exuberance,” Roeders said. “There’s rarely been a day where we have to get on them too hard, like, ‘Let’s go.’ There’s a certain level of unity.”

“Something we have going for us is our youthful spirit and our energy,” Dunker said. “We really feed well off of each other.”

A part of the energy may be due to competition within the team for playing time. With a young team and varied levels of experience, there are plenty of minutes available.

“The gap between the very top players and the bottom players (is not as big),” Roeders said. “We might not have those ultra-elite that we had with a Lizzie (Bartels) and a Mo (Proffitt), but now I think that it’s almost like we’ve got two slices of bread, but we’ve got a ton of meat in the middle.”

“That’s exciting because it’s created some really good competition. They’re all kind of buying into each other, and they’ve been having fun with it,” he said.